Explore the history, culture, and traditions of Asian and Pacific Islanders in the United States. TWEET SHARE 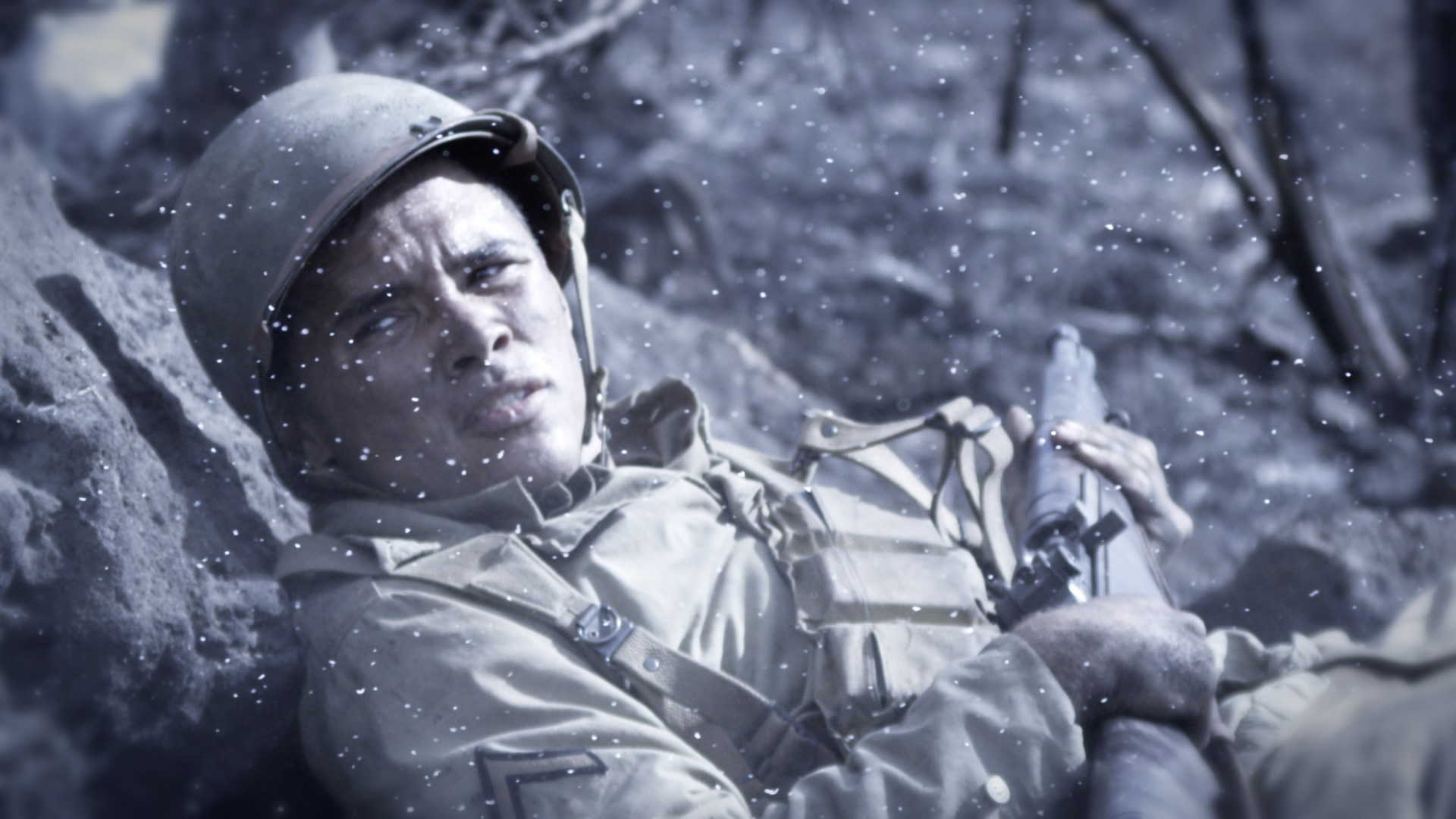 Myron "Pinky" Thompson grew up in Hawaii during a time when one was punished for being Native Hawaiian.
Photo courtesy of Pacific Islanders in Communications

May is Asian Pacific American Heritage Month, celebrate the history, culture, and traditions of Asian and Pacific Islanders in the United States through a collection of films and special programming on PBS 6 and PBS 6 PLUS.

War for Guam
(PBS 6 PLUS: Wednesday, May 2nd at 2pm)
War for Guam is a documentary about World War II and its enduring legacy in Guam, a U.S. territory since 1898. The program tells the extraordinary story of how the Native people of Guam, the Chamorros, remained loyal to the U.S. under a brutal Japanese occupation, only to be later stripped of much of their ancestral lands by the American military. Through rare archival footage, contemporary verite creative use of graphics and sound as well as testimonies of survivors and their descendants, the story is told from various points of view. These include war survivors like Antonio Artero, Jr., whose father was awarded one of the first Medals of Freedom for his heroic deeds in protecting American lives; and two key historical figures, Radioman George Tweed and Father Jesus Baza Duenas.

Trails to Tsukiji
(PBS 6 PLUS: Wednesday, May 2nd at 330pm) (Weekly)
TRAILS TO TSUKIJI is a series that focuses on Japanese food available at the iconic Tsukiji Market, the biggest wholesale fish and seafood market in the world, and also one of the largest wholesale food markets of any kind. The market is located in Tokyo, and in addition to supplying wholesale, is a major tourist attraction. In TRAILS TO TSUKIJI, reporters trace a food ingredient from the market back to its origins, while also exploring its cultural significance and preparations.

Chinese Couplets
(PBS 6 PLUS: Thursday, May 3rd at 2pm)
The first half of the 1900's represents the last era of American life that, for most families, began largely unchanged from the generations that came before. OUR AMERICAN FAMILY: THE FURUTAS Through hard work, the Furutas, a Japanese American family of Wintersburg, CA established a successful goldfish farm, only to have their business devastated and family separated in the wake of WWII. Following years in an Arizona relocation camp, their indomitable spirit prevails as they return home and band together to pursue the American dream a second time.

Story of China
(PBS 6: Sunday, May 6, 13th, 20th at 1pm)
This series, written and presented by historian Michael Wood, explores the history of the world's oldest continuous state, from the ancient past to the present day.

My Love, Don’t Cross That River
(PBS 6 PLUS: Sunday, May 6th at 4pm)
Spouses 89-year-old Kang Gye-yeol and 98-year-old Jo Byeong-man have shared a home for 76 years. While they spend every day together like a newlywed couple, they now must face the reality of their aging romance.

Migrant Kitchen
(PBS 6: Monday - Friday, May 14th, 17th, 18th at 11am)
Meet chefs whose unique stories of struggle and survival are intertwined with the food they create.

Off the Menu: Asian America
(PBS 6: Friday, May 11th at 11am)
Delve into a wealth of stories, traditions and unexpected characters that nourish this nation of immigrants. Go into the kitchens, factories, temples and farms of Asian Pacific America to explore how the bond with food reflects an evolving community.

Passing Poston: An American Story
(PBS 6 PLUS: Monday, May 21st at 1pm)
Japanese-Americans detained in an Arizona internment camp during World War II tell their stories.

Pacific Heartbeat: Being Bruno Banai
(PBS 6 PLUS: Saturday, May 26th at 1pm)
Being Bruno Banani tells the unique story of the first and only Tongan luger who qualified for the 2014 Winter Olympics.

Chinese Exclusion Act: American Experience
(PBS 6: Tuesday, May 29th at 8pm)
Examine the origin, history and impact of the 1882 law that made it illegal for Chinese workers to come to America and for Chinese nationals already here ever to become U.S. citizens. It remained in force for more than 60 years.

Pacific Heartbeat: Poi E: The Story of Our Song
(PBS 6 PLUS: Wednesday, May 30th at 2pm)
A film about the unofficial national waiata (anthem) of Aotearoa and the community spirit of Pātea and Dalvanius Prime.​

Pacific Heartbeat: Making Good Men
(PBS 6 PLUS: Thursday, May 31st at 2pm)
Making Good Men is an honest and moving story about high school bullying and the pathway to redemption.

Iwo Jima: From Combat to Comrades
May 1st at 2pm

War for Guam
May 2nd at 2pm

Trails to Tsukiji (weekly series)
May 2nd at 330pm

Our American Family: The Furutas
May 3rd at 2pm

Chinese Couplets
May 4th at 2pm

Journeys in Japan, Season 3 (weekly series)
May 5th at 530pm

My Love Don’t Cross the River
May 6th at 4pm

Cruising the Three Gorges
May 17th at 1pm

Ai Weiwei: The Fake Case
May 20th at 4pm

Passing Poston: An American Story
May 21st at 1pm

Pacific Heartbeat #504: Dream Big: Nanakuli at the Fringe
May 22nd at 2pm

Pacific Heartbeat #602: Visions in the Dark: The Life of Pinky Thompson
May 25th at 2pm

Pacific Heartbeat: Being Bruno Banai
May 26th at 1pm

Pacific Heartbeat: Poi E: The Story of Our Song
May 30th at 2pm