The veteran broadcaster and award-winning journalist will lead the company’s news division. Conover has served as Interim News Director since October of last year. Tweet 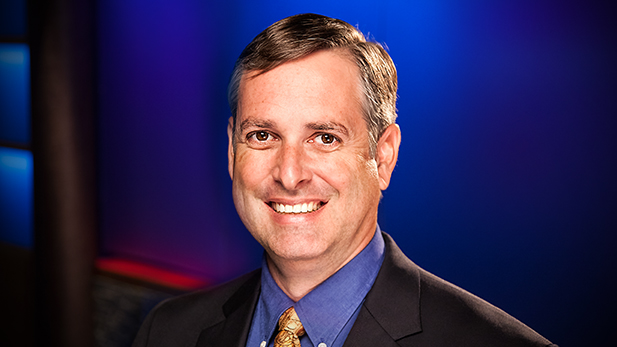 “Christopher has the respect of the newsroom, the station, our audiences, and the community,” said AZPM CEO Jack Gibson. “During his service as Interim News Director, he displayed the leadership, vision, and initiative required to move AZPM’s newsroom forward.”

Since coming to AZPM in 2005, Conover has become a familiar and trusted journalist to both radio and television audiences.

“In my time here, I’ve learned that Arizona Public Media is more than just radio stations, TV stations, and digital platforms; it is a part of the Southern Arizona community,” said Conover. “I believe we have a responsibility not only to bring the audience the voices of its neighbors but also to serve as a trusted watchdog. Looking to the future, AZPM is poised to continue to reflect the voices of our community and to expand our audience, bringing the stories of southern Arizona to the world.”

Conover previously served as AZPM’s Interim News Director from 2013 to 2015. Prior to coming to AZPM, Conover held a variety of positions in Florida television and radio newsrooms in Miami and Tallahassee.

While at AZPM, Conover has also served as an Adjunct Professor at the University of Arizona School of Journalism.

In addition to leading the newsroom, Conover will continue to host The Buzz each week on NPR 89.1.

Arizona Public Media Receives Five Regional Edward R. Murrow Awards May Highlights and Happenings
By posting comments, you agree to our
AZPM encourages comments, but comments that contain profanity, unrelated information, threats, libel, defamatory statements, obscenities, pornography or that violate the law are not allowed. Comments that promote commercial products or services are not allowed. Comments in violation of this policy will be removed. Continued posting of comments that violate this policy will result in the commenter being banned from the site.