The Republican and Democratic candidates for Arizona CD3 met for a live debate in the AZPM Studios. Tweet
The Arizona Congressional District 3 debate, from October, 17, 2018. (VIDEO: AZPM)

Arizona Public Media broadcast the debate live from the AZPM studios on the University of Arizona campus. It was moderated by AZPM reporter Lorraine Rivera and featured a panel of journalists, including Nancy Montoya (AZPM), Joe Ferguson (Arizona Daily Star), and Michel Marizco (KJZZ).

PHOTOS FROM THIS EVENT 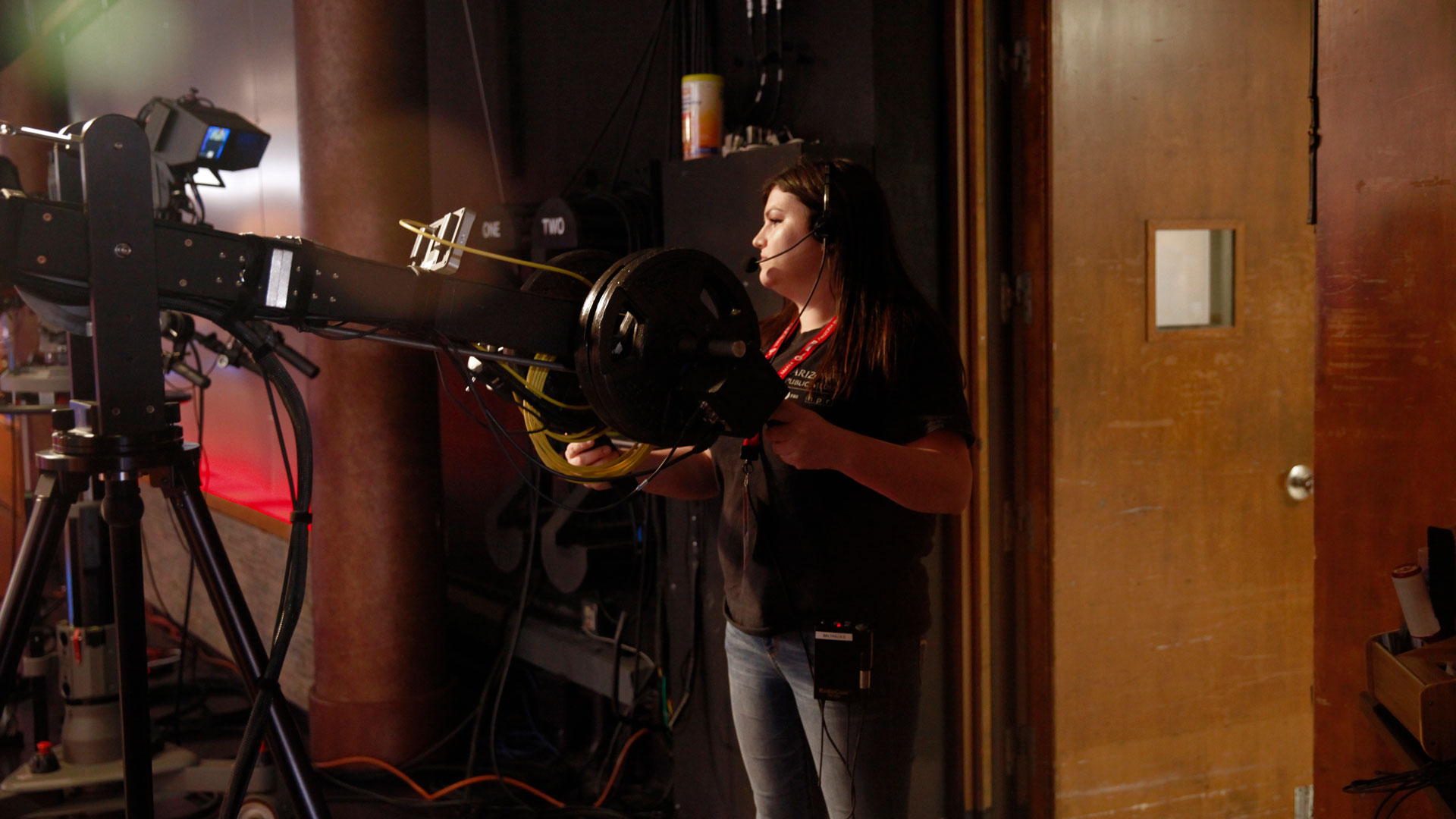 VIEW LARGER Members of the student production crew set up the cameras prior to the debate.
AZPM 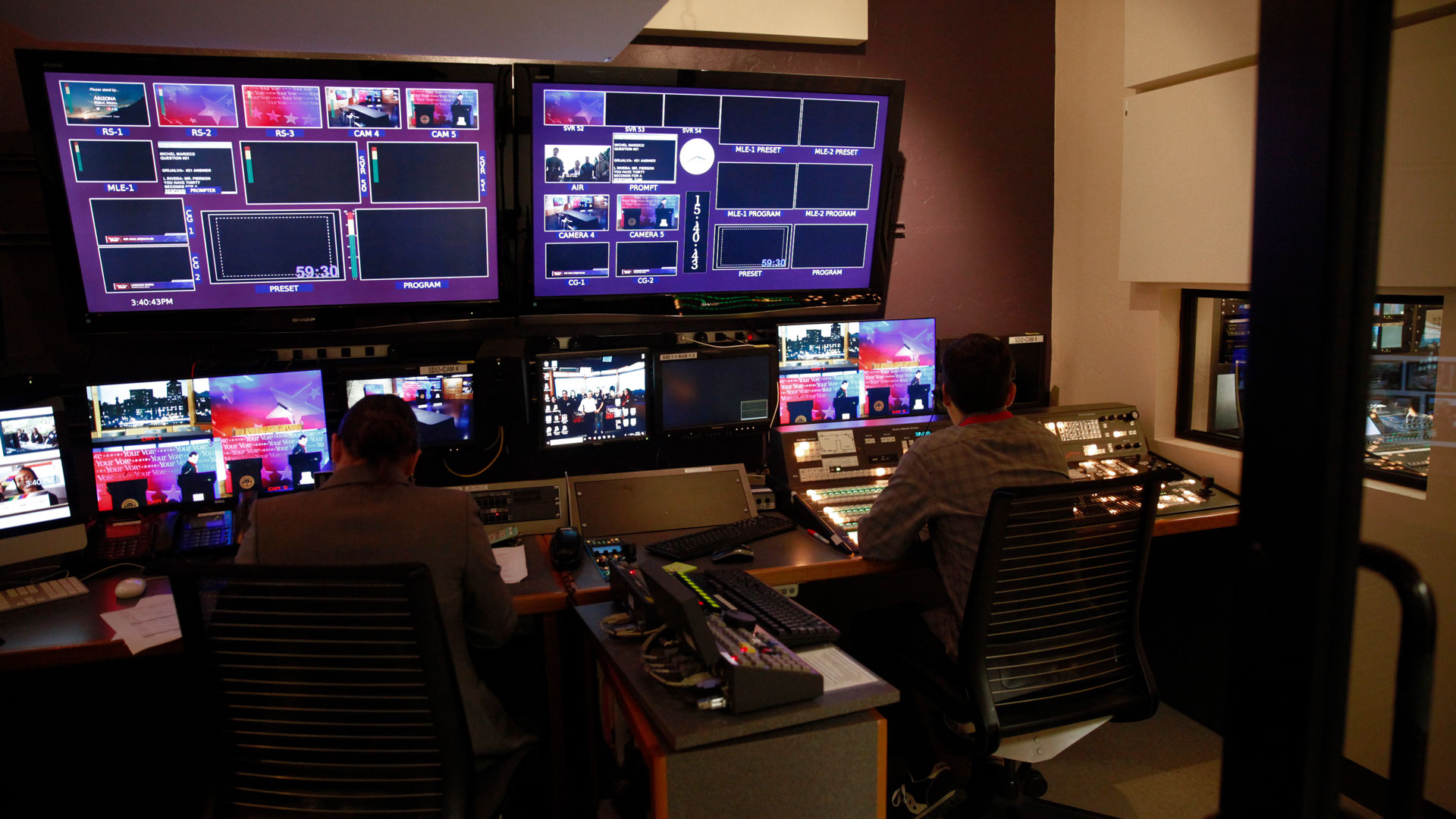 VIEW LARGER The directors manage the studio activity from the television control room before the debate.
AZPM 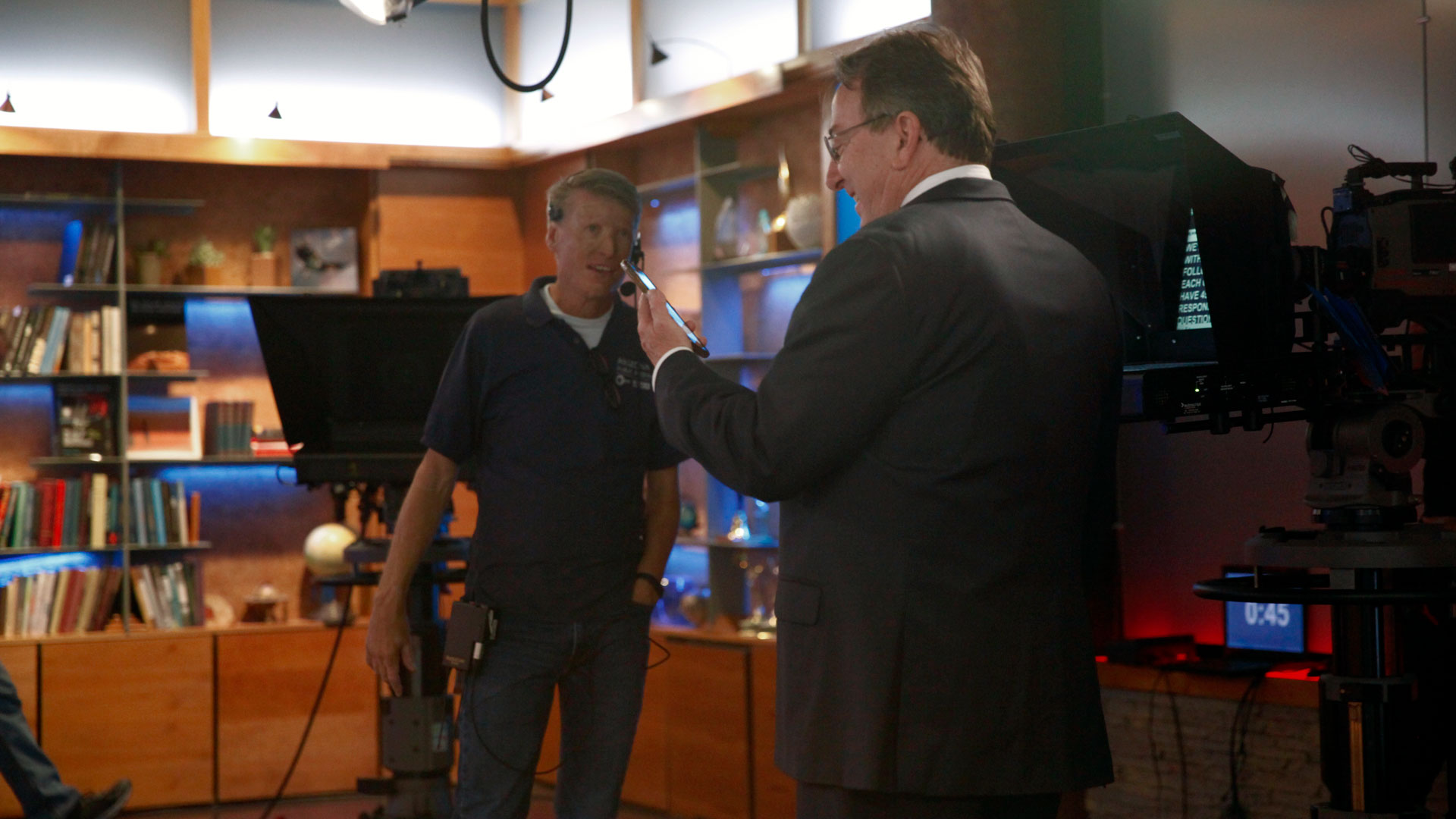 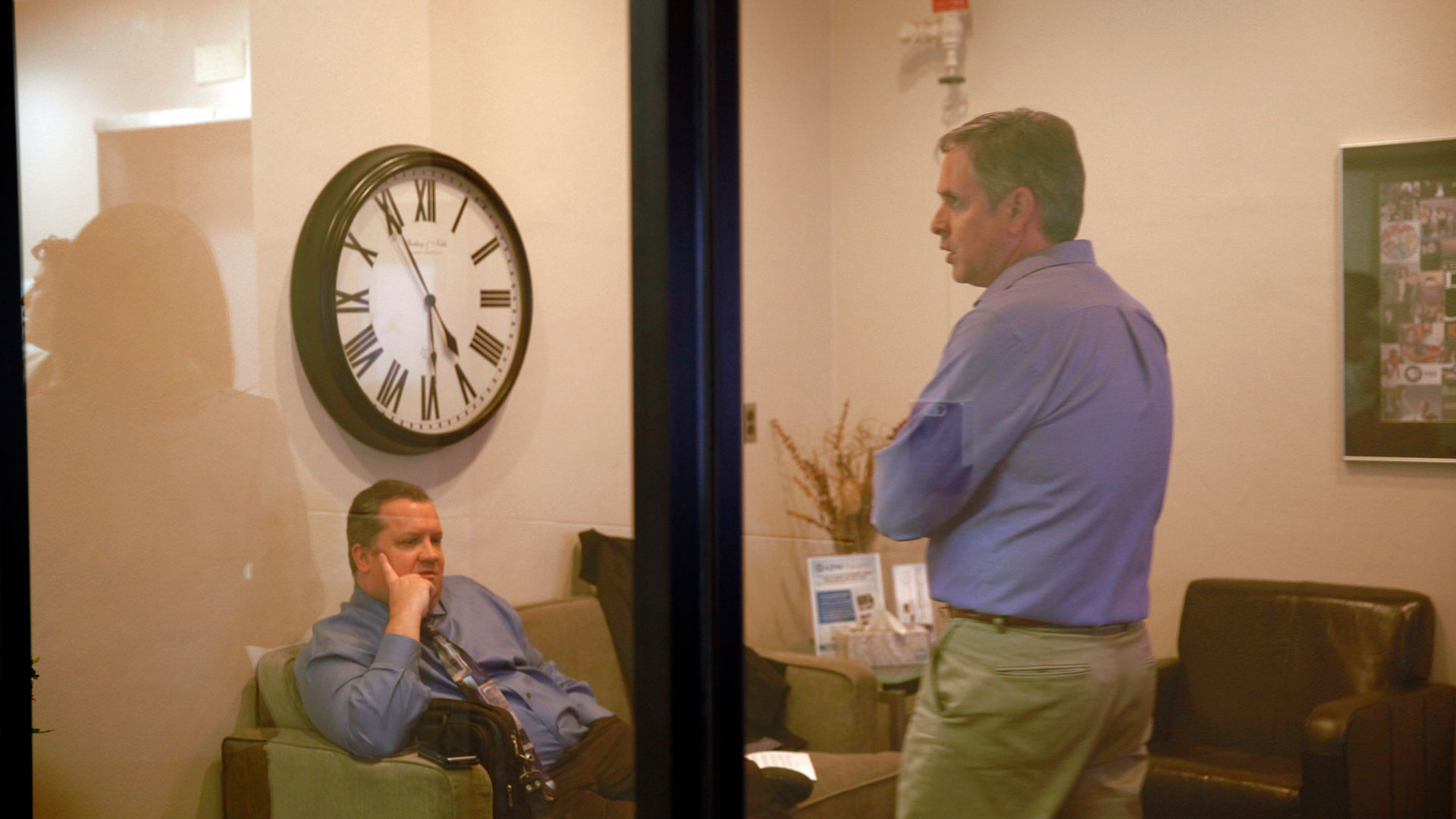 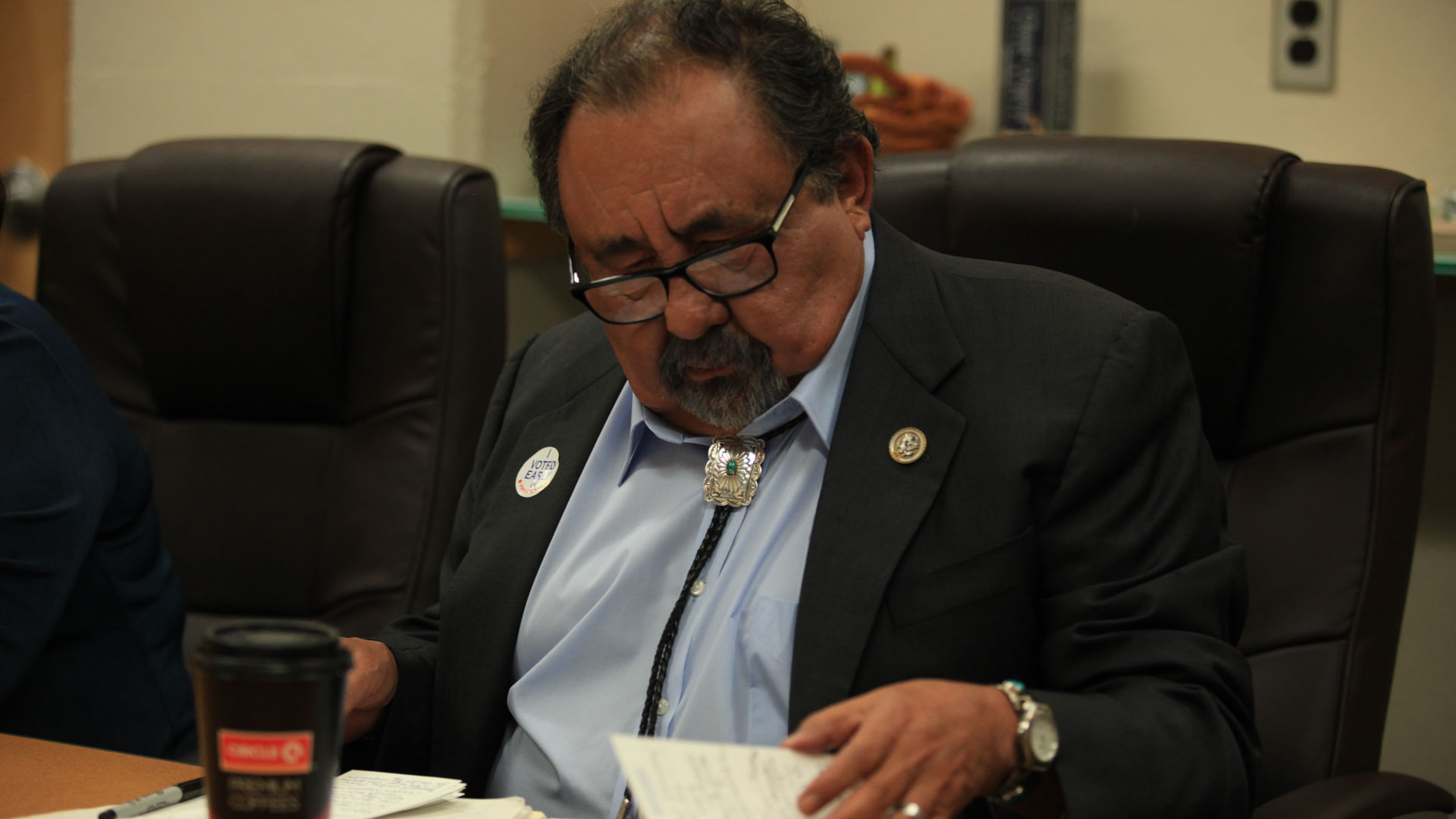 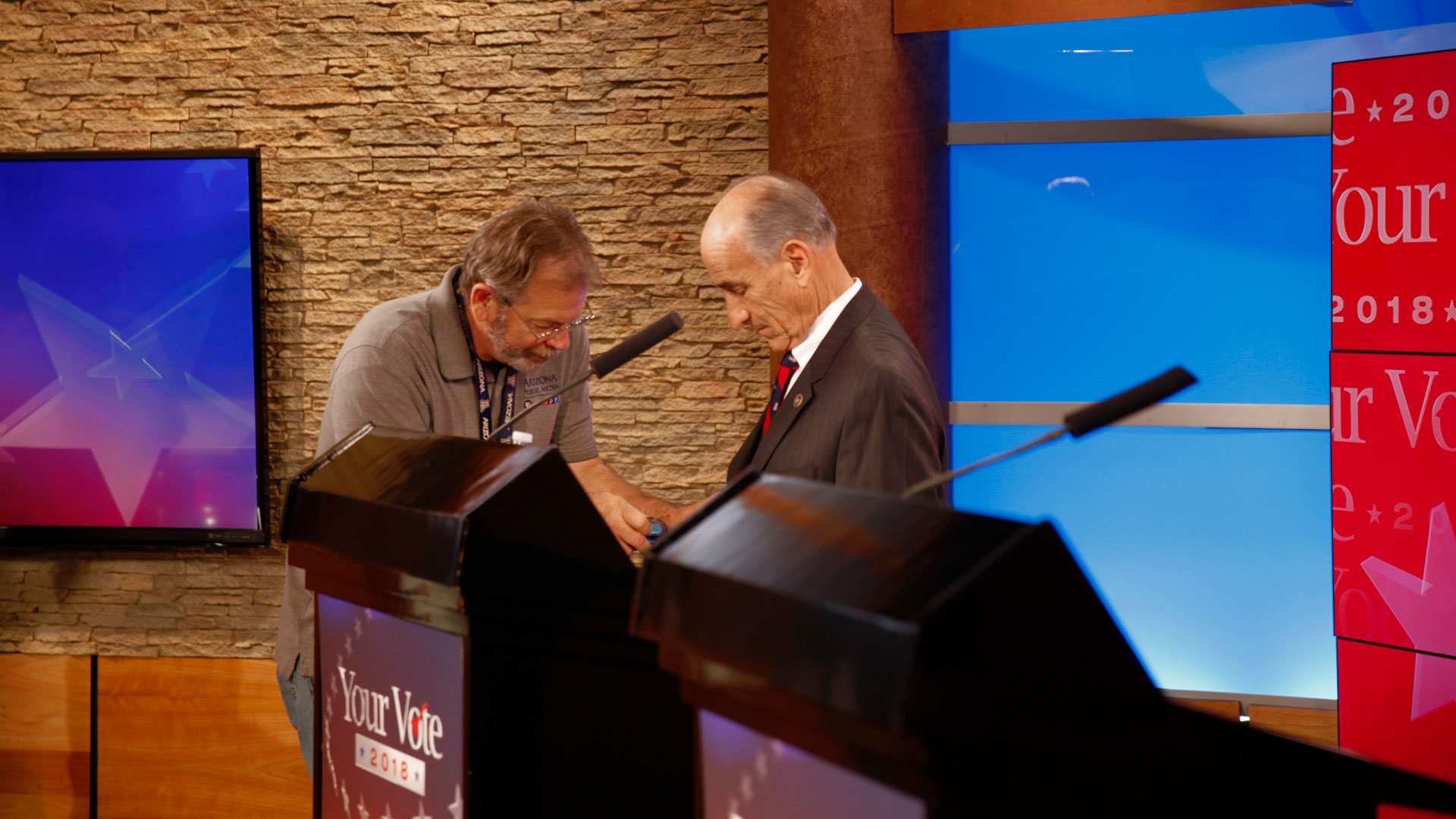 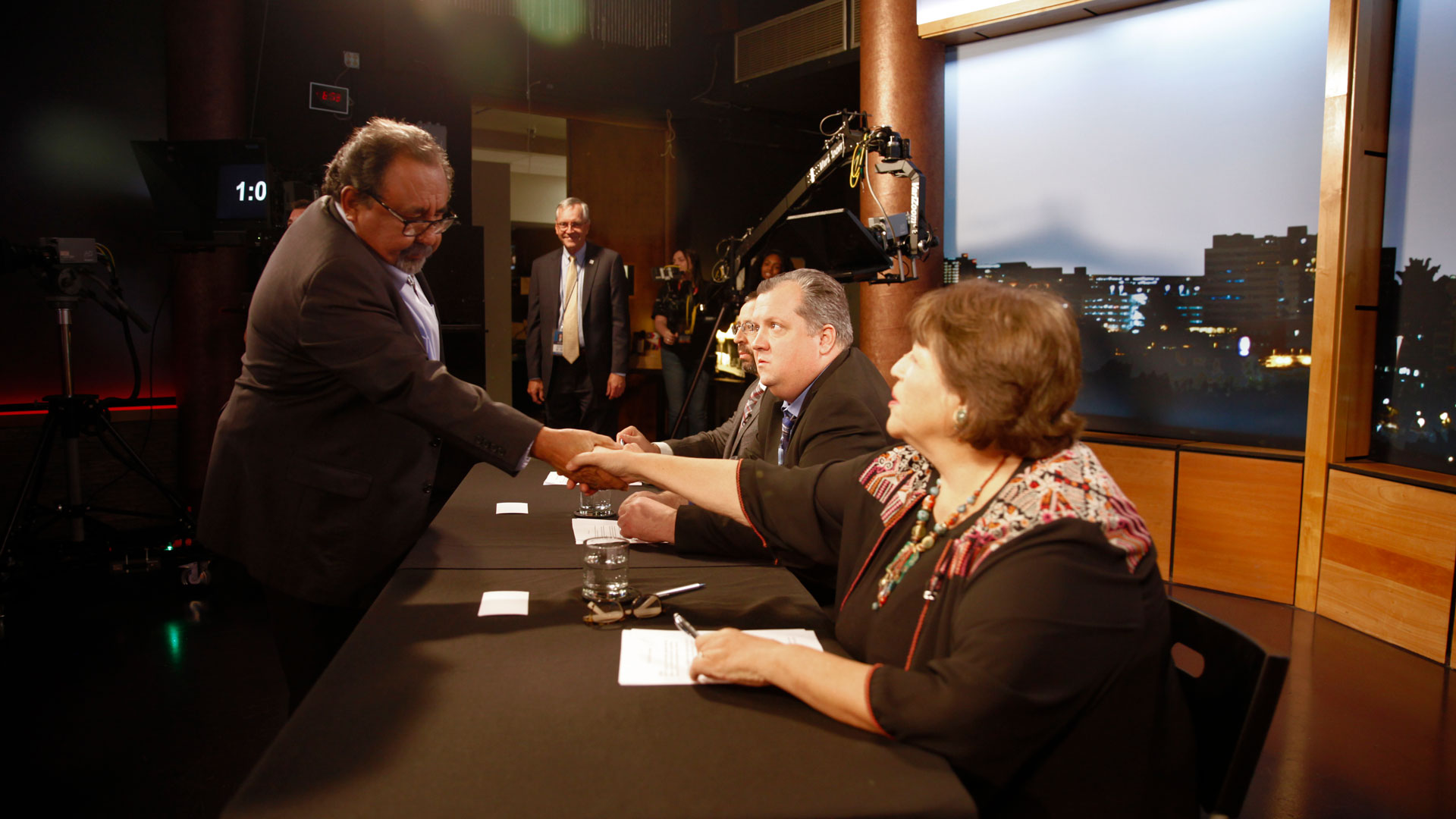 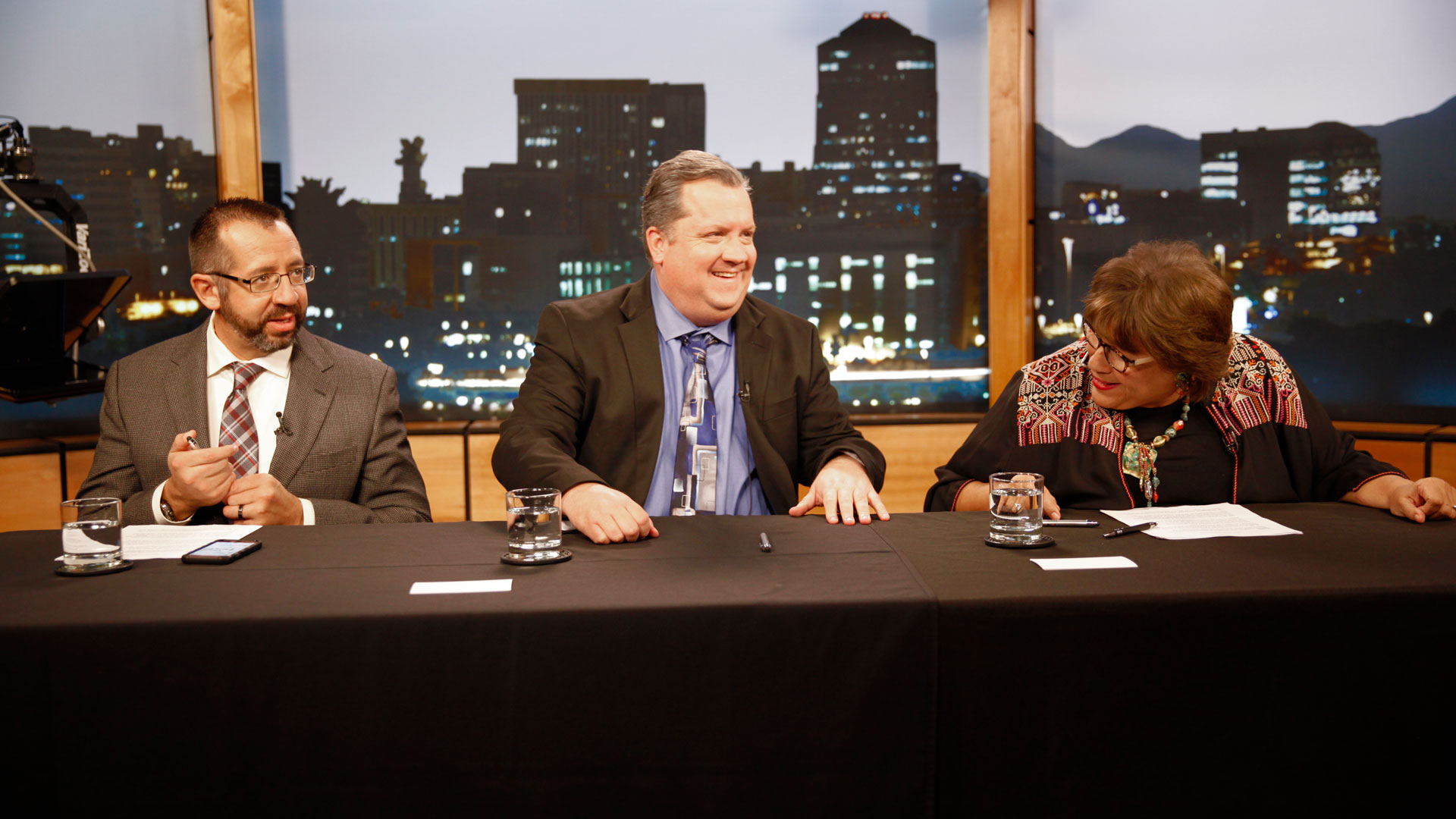 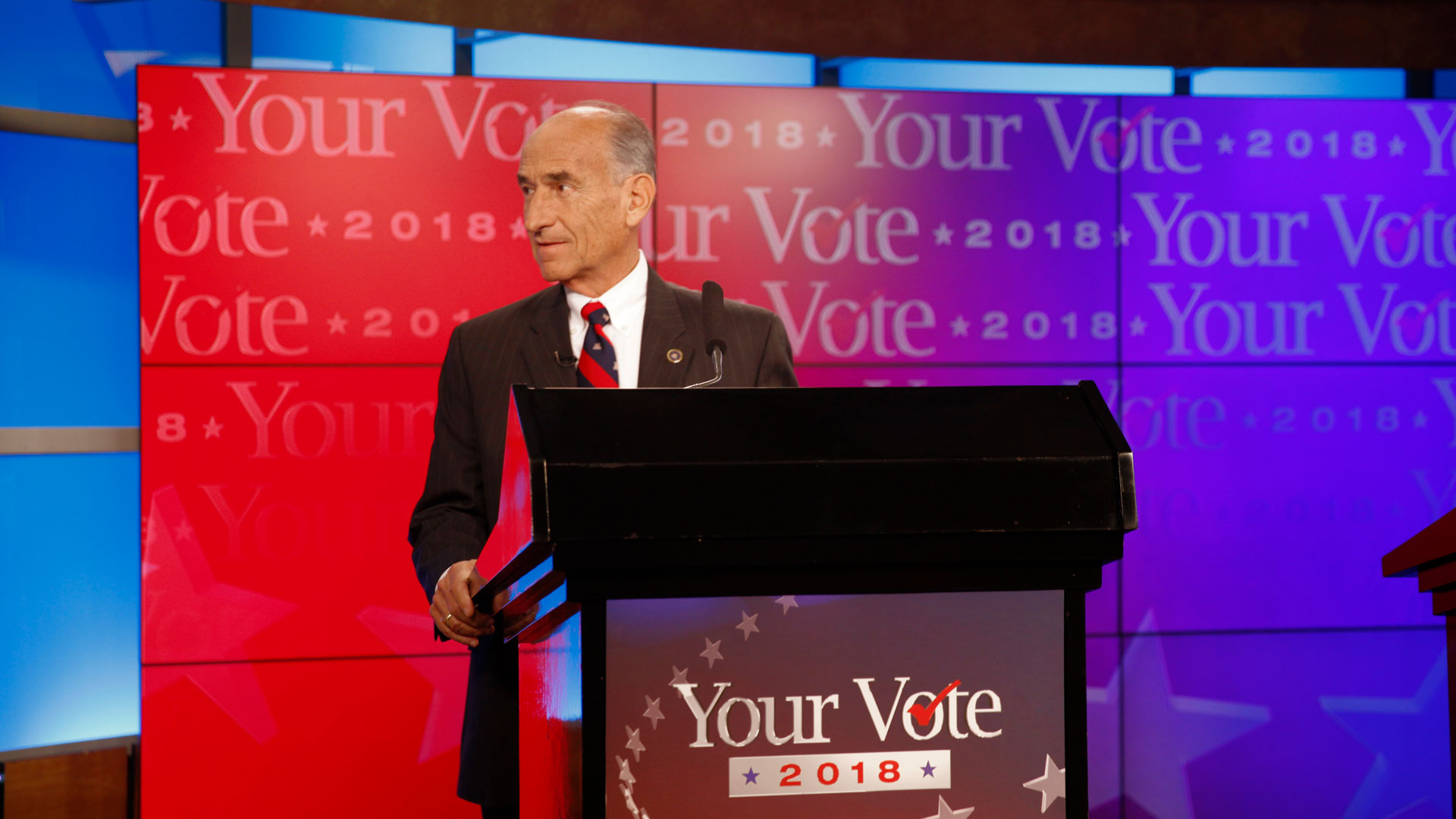 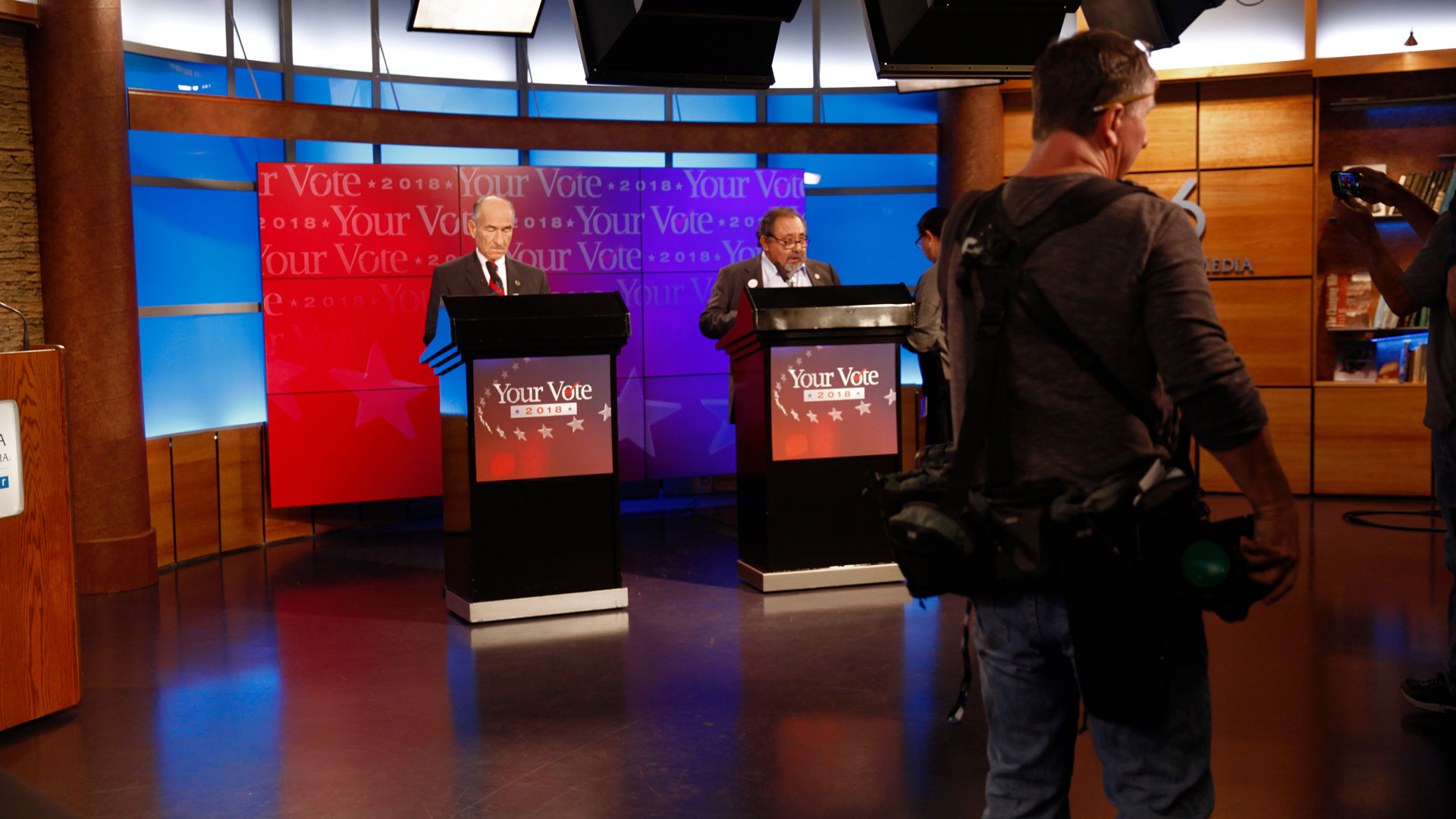 VIEW LARGER AZPM crew gets the final elements in order for the candidates before the debate.
AZPM 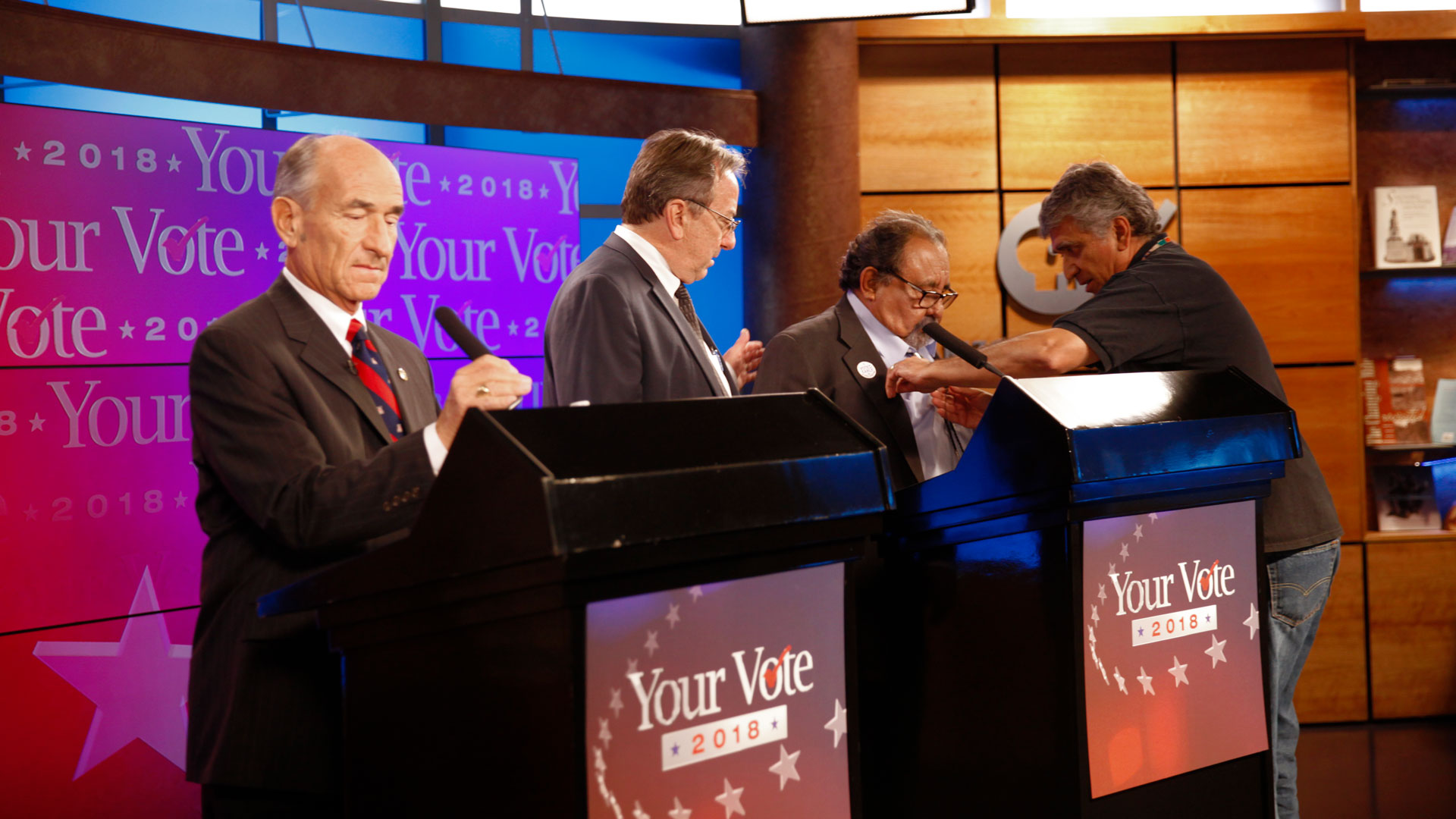 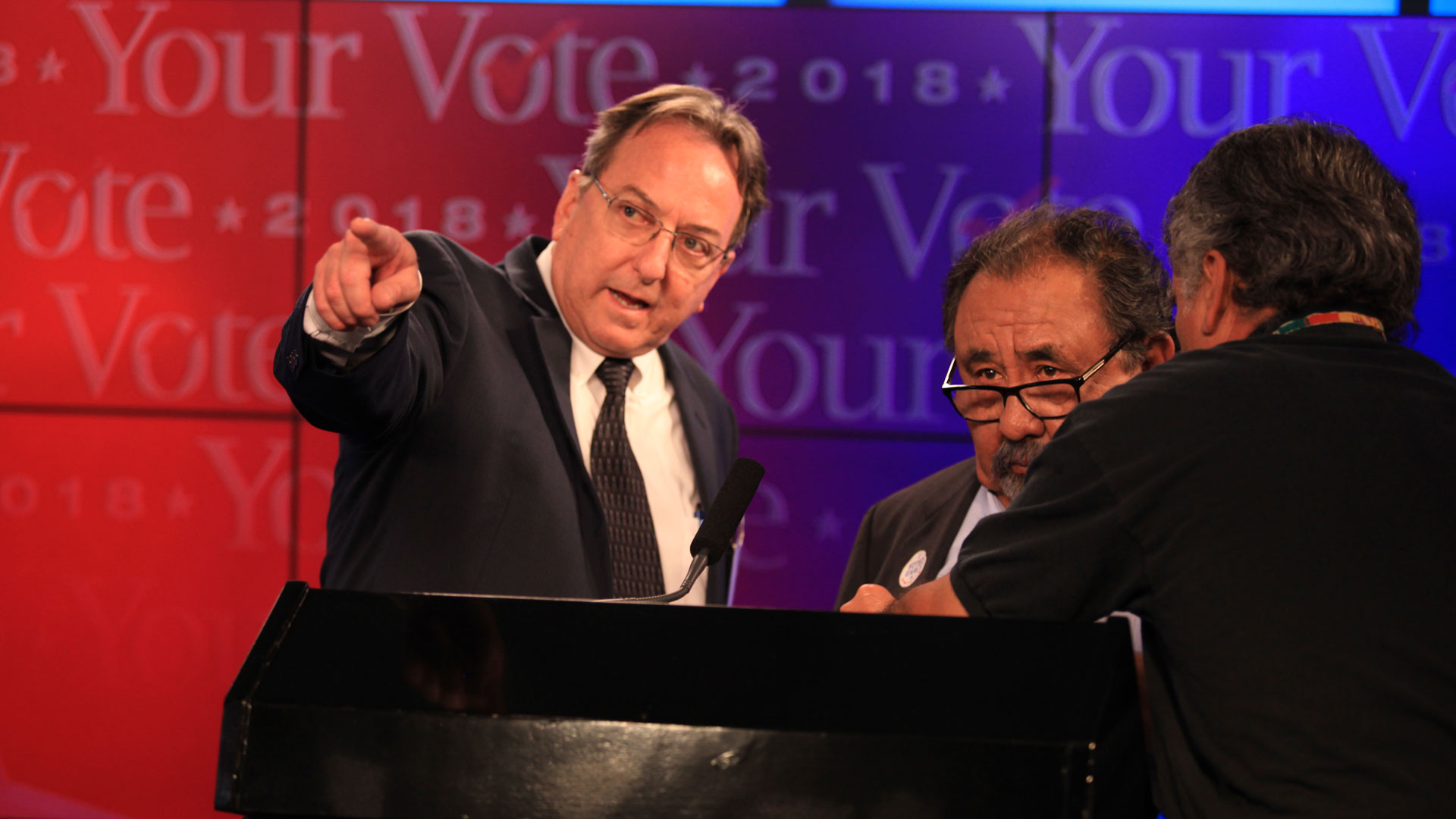 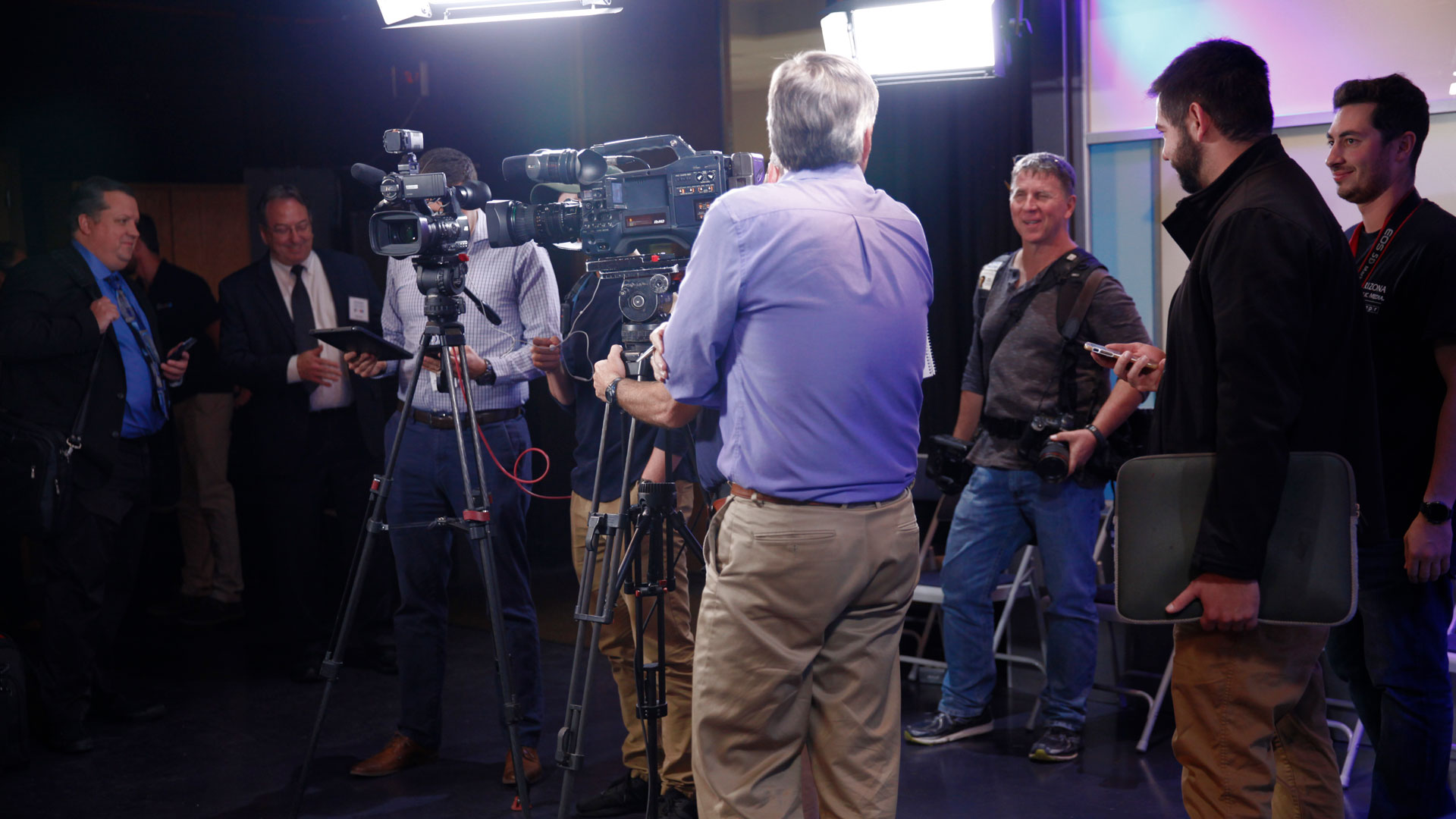 VIEW LARGER Members of the media wait in the adjacent studio for a post-debate press conference.
AZPM 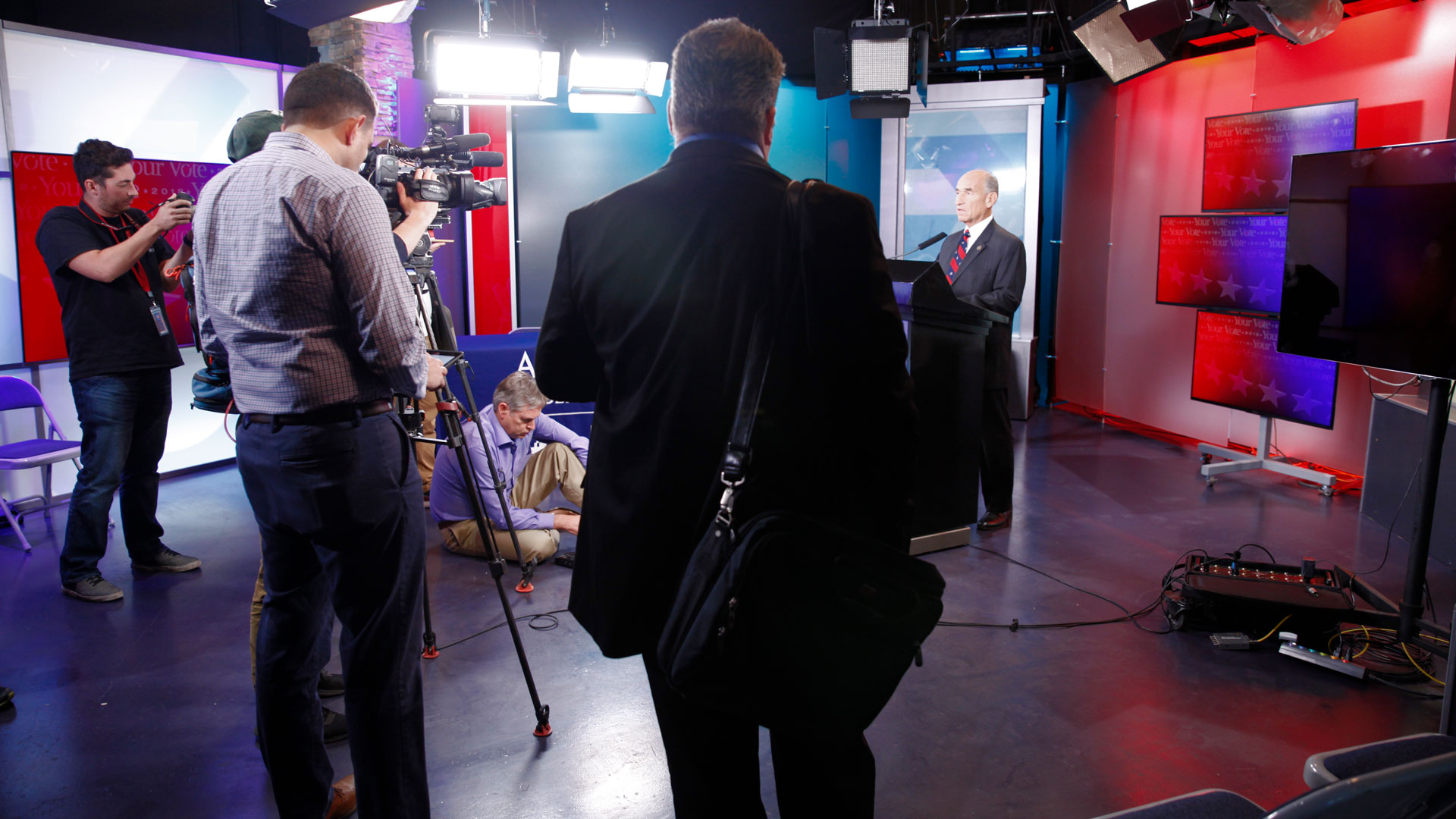 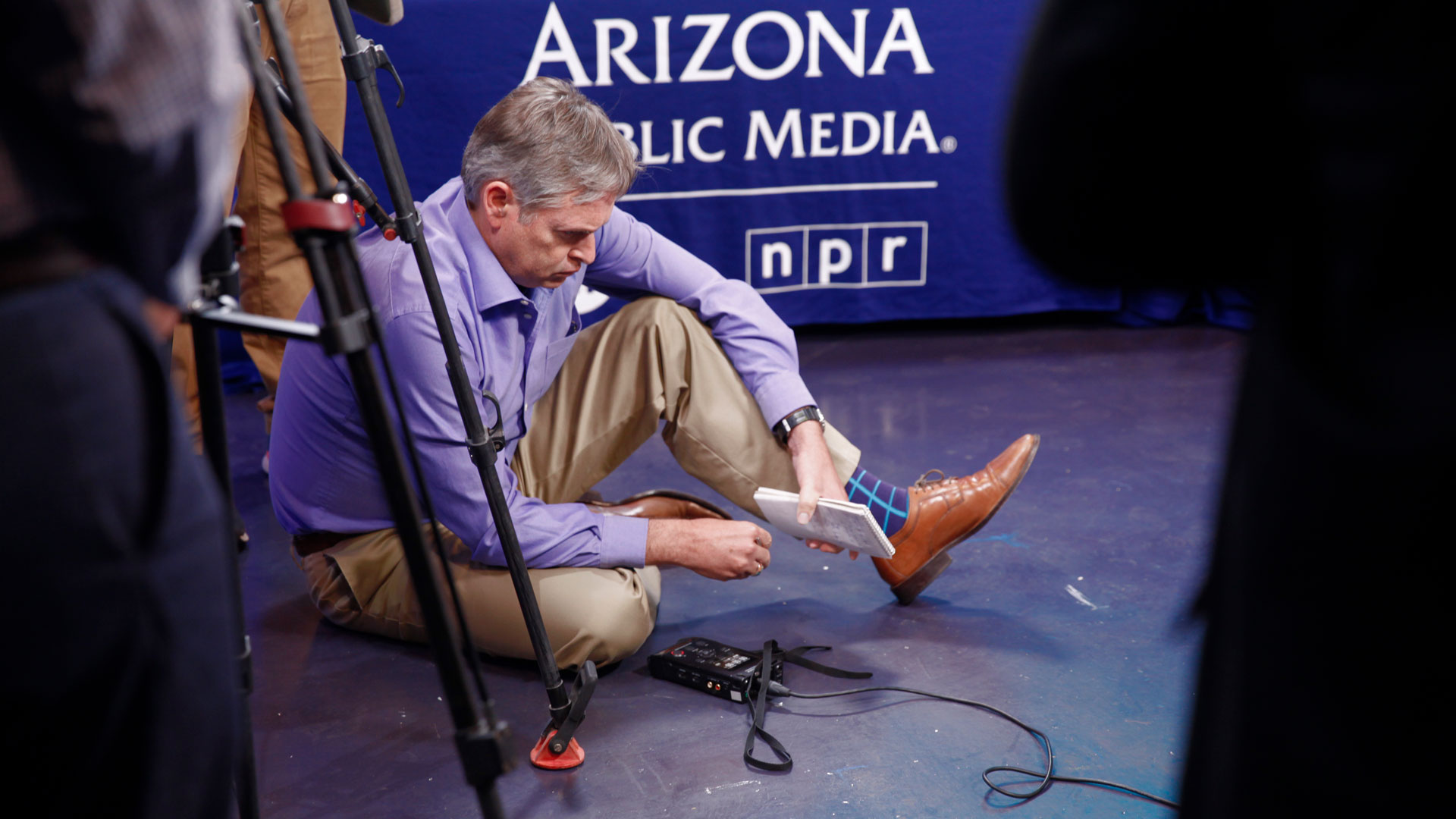 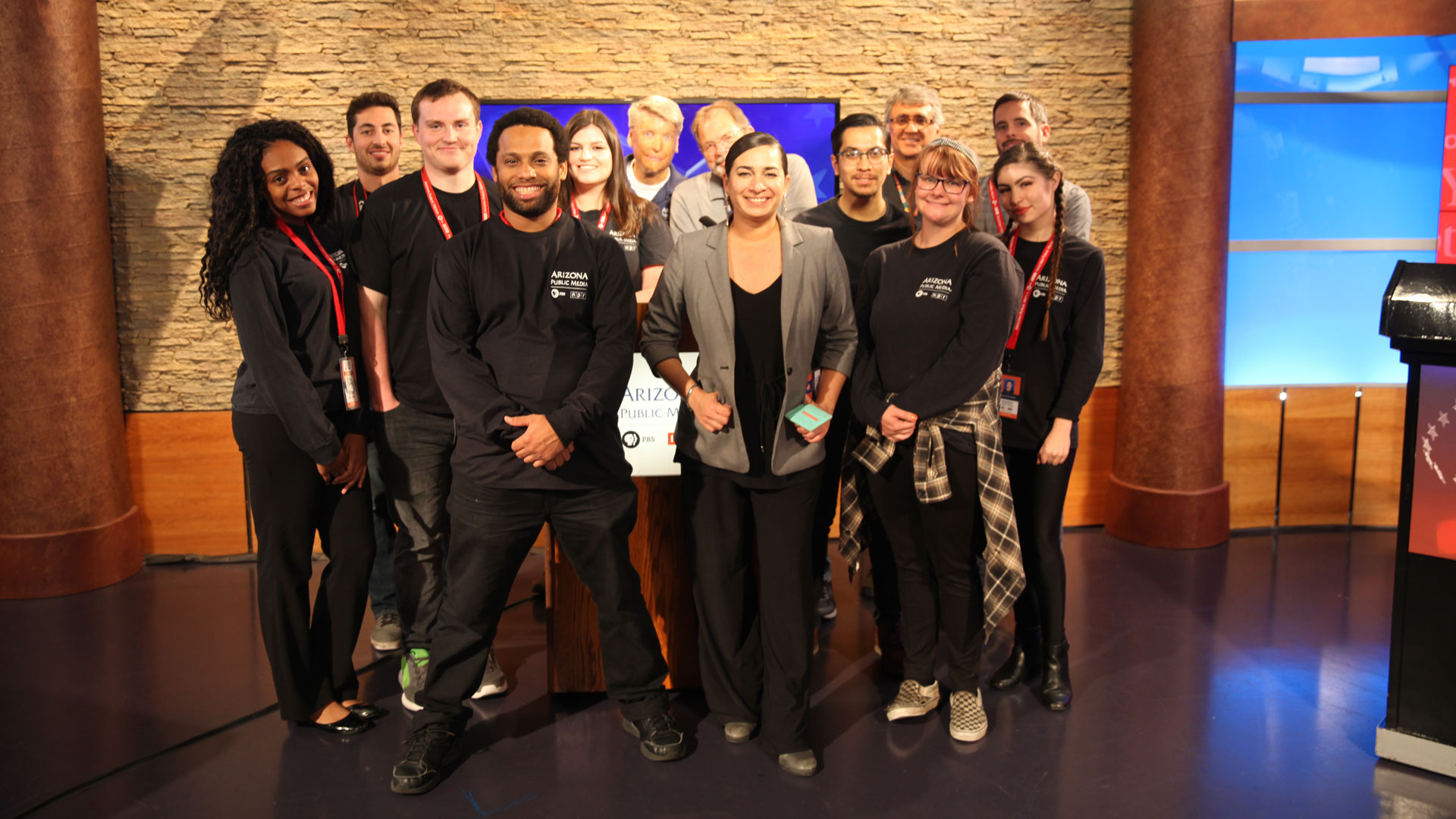 VIEW LARGER AZPM studio/production crew.
AZPM
MORE: AZPM in the Community
By posting comments, you agree to our
AZPM encourages comments, but comments that contain profanity, unrelated information, threats, libel, defamatory statements, obscenities, pornography or that violate the law are not allowed. Comments that promote commercial products or services are not allowed. Comments in violation of this policy will be removed. Continued posting of comments that violate this policy will result in the commenter being banned from the site.