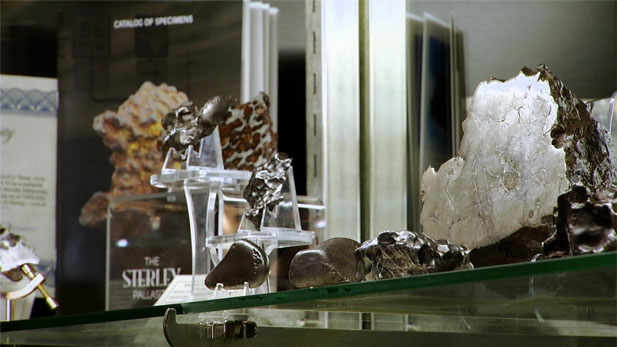 The 61st annual Gem, Mineral and Fossil shows are under way in Tucson, with 55,000 treasure hunters expected in the next two weeks, in what is the city’s biggest tourism event.

The mineral madness sprawls across the city, with shows at more than 40 locations. The main event will be the big showcase at the Tucson Convention Center Feb. 13-15.

Dan Gibson, director of corporate communications at the convention and visitors bureau known as Visit Tucson, called it the best such show shows in North America.

"It is the variety of exhibitors, the quality of merchandise that comes through here," Gibson said. "Just the fact that you have mom and pop merchants up to giant corporations that are selling their gems here. There is something for everyone, which is great.”

Last year, the shows generated $120 million in direct spending, and Gibson said more people are expected this year, so the economic impact should grow.

Tucson Gem Show: 'Big Rush of Color, Brightness, Sparkling' Gem Show Time Already? Fall Expo Kicks Off Thursday Gem Shows: Art Village Brings Africa to Tucson
By posting comments, you agree to our
AZPM encourages comments, but comments that contain profanity, unrelated information, threats, libel, defamatory statements, obscenities, pornography or that violate the law are not allowed. Comments that promote commercial products or services are not allowed. Comments in violation of this policy will be removed. Continued posting of comments that violate this policy will result in the commenter being banned from the site.