Beyond the Mirage: The Future of Water in the West will be distributed through APT Tweet 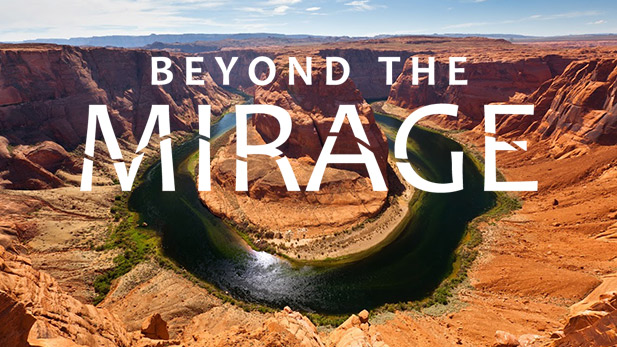 TUCSON, AZ – August 18, 2016 – American Public Television (APT) announced that it will distribute Beyond the Mirage: The Future of Water in the West to at least 78 stations nationally in top DMAs including Los Angeles, Seattle, Denver, Austin, Phoenix, San Diego, San Francisco, Miami, Philadelphia and New York. American Public Television is a leading syndicator of high-quality, top-rated programming to the nation’s public television stations. Depending on individual station schedules, the documentary may start airing as early as October 2016.

Beyond the Mirage: The Future of Water in the West is a collaborative project between Arizona Public Media (AZPM), the University of Arizona College of Agriculture and Life Sciences (CALS) and the Water Resources Research Center (WRRC). Award-winning filmmaker Cody Sheehy reveals new technologies and challenges old ideas through interwoven stories that connect the Colorado snowpack to the bright lights of Las Vegas; presents the challenges facing and competition between the desert cities of Arizona, California and Nevada and potential solutions being developed in Israel and China. ​The film first premiered on PBS 6 in Tucson in April 2016.

Beyond the Mirage: The Future of Water in the West is the documentary component of a multi-media effort to engage people of all ages in water sustainability with the goal of making everyone in Arizona a water expert.  More information is available at beyondthemirage.org

Bios:
Cody Sheehy, Producer/Director
Cody Sheehy, is an Emmy® award winning filmmaker responsible for the creative vision of the overall Beyond the Mirage project. Sheehy has successfully produced documentaries all over the world, from the steppes of Mongolia, the Australian outback, to the jungles of Costa Rica. His films, which have focused on natural resources, the environment and the people who are connected to them, have aired on PBS affiliate stations across the United States. His unique ability to tell this story stems from his long passion for science. He holds a Masters of Science in Range Ecology, is a published author in scientific journals and has worked closely with academics from around the world for more than a decade.

About AZPM AZPM is an Emmy® award-winning, member-supported media organization serving all of Southern Arizona. AZPM has six public television channels and three radio stations, including PBS 6, PBS Kids and NPR 89.1. AZPM produces local content from its digital studios on the campus of the University of Arizona and is provided as a community service and educational resource. More information about AZPM, including program schedules and Video-on-Demand offerings, can be found online at azpm.org.

For this summer's water forecast, climate experts are looking back to winter Amid dropping water levels in Lake Powell, another ‘short-term fix’ is on the way Colorado River basin give approval to proposed water cutbacks
By posting comments, you agree to our
AZPM encourages comments, but comments that contain profanity, unrelated information, threats, libel, defamatory statements, obscenities, pornography or that violate the law are not allowed. Comments that promote commercial products or services are not allowed. Comments in violation of this policy will be removed. Continued posting of comments that violate this policy will result in the commenter being banned from the site.