Seeing 'Hidden Figures,' on the Screen and in the Community 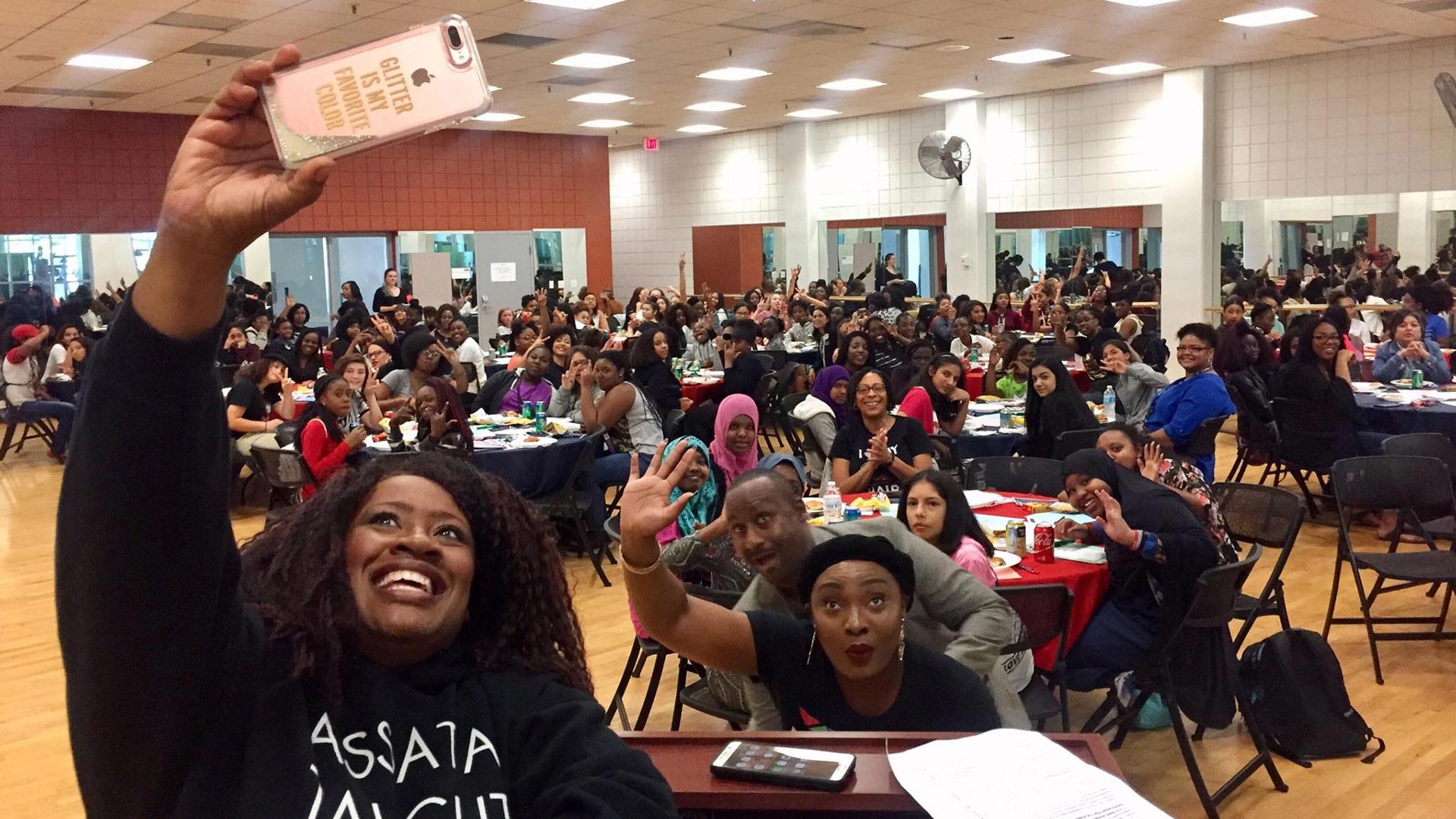 The Tucson Unified School District and the University of Arizona’s African American Student Affairs teamed up Wednesday to screen the film “Hidden Figures” for 100 middle school girls in honor of Black History Month.

Eighth grader Mamie Tiago hadn’t seen the movie yet, but she knew what it was about.

"It’s about how black women were treated back in the day, especially working in a place where it’s predominantly white."

She and the other students grabbed popcorn and took their seats to watch the story of three black women at NASA who helped send Americans into space.

"It was really nice," she said. "It just inspires everyone."

The eighth grader, Mamie, said the women inspired her too.

From the theater, the girls went to the University of Arizona campus to meet with African American students, professors and a dean.

"These are individuals who I believe are themselves hidden figures here at the University of Arizona and the Tucson community," said Isoken Adodo, who organized the event. "But we want to expose them to you all. We want you to be able to sit with them. We want you to be able to talk to them, and learn the things that they're doing and the ways in which they're impacting their community.”

Right in Your Backyard: Foraging for Food in the Sonoran Desert At Tucson Volunteer Fair, Activism by Lending a Hand Episode 125: Local Law Enforcement Responds to Trump's Immigration Actions
By posting comments, you agree to our
AZPM encourages comments, but comments that contain profanity, unrelated information, threats, libel, defamatory statements, obscenities, pornography or that violate the law are not allowed. Comments that promote commercial products or services are not allowed. Comments in violation of this policy will be removed. Continued posting of comments that violate this policy will result in the commenter being banned from the site.