More reaction over the separation of children and families at the U.S.-Mexico border. by Associated Press TWEET SHARE 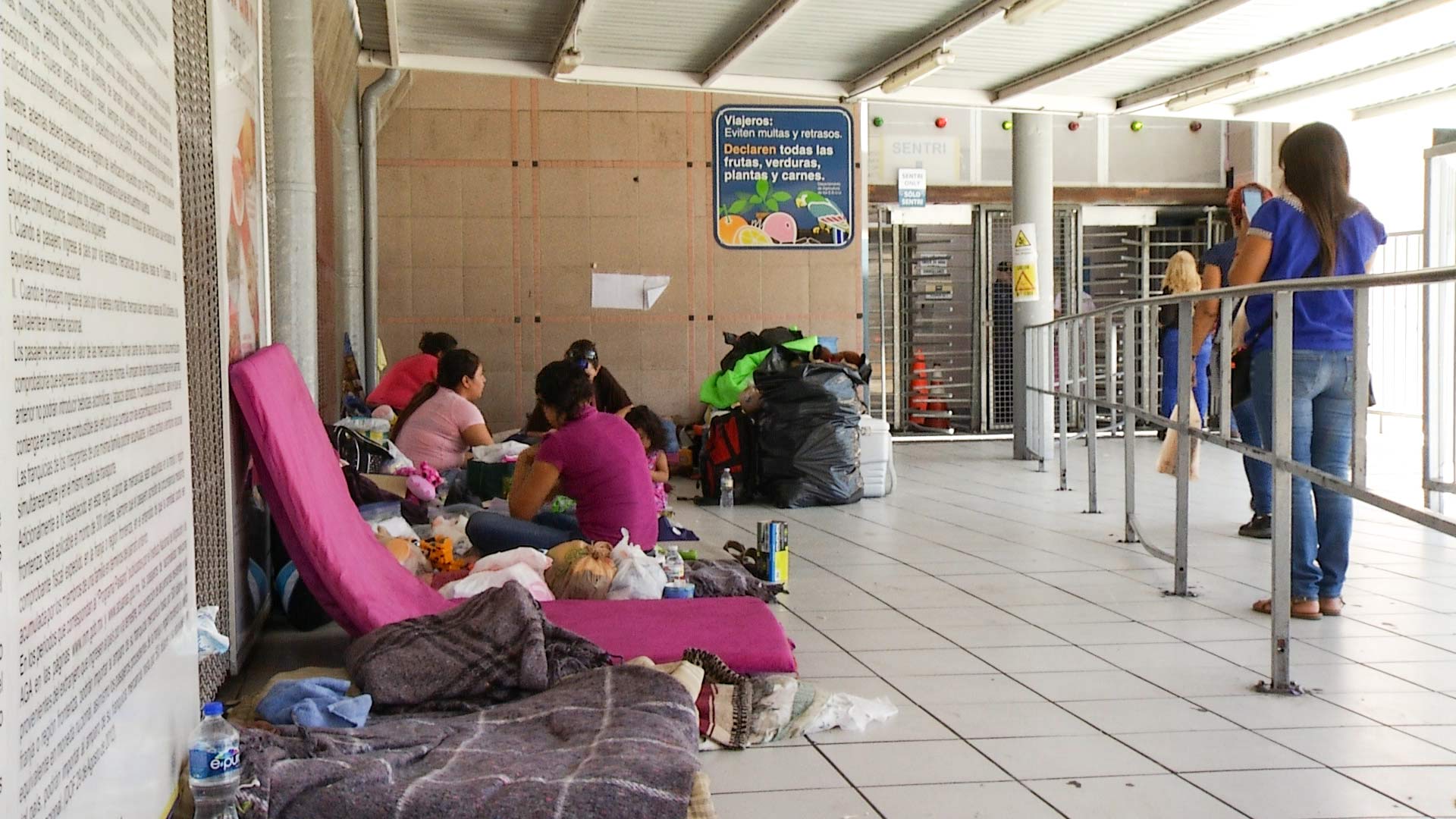 At left, family members wait for their chance to submit asylum claims in Nogales, Mexico, June 7, 2018. At right, pedestrians approach a turnstile to enter the U.S. on foot.
AZPM

Democratic attorneys general are demanding the Trump administration end a "zero tolerance" policy that has resulted in children being separated from their parents at the U.S.-Mexico border.

The attorneys call the policy inhumane, saying it raises concerns about violations of children's rights and constitutional principles of due process and equal protection.

Nearly 2,000 minors have been separated from their families since Sessions announced the policy where everyone caught crossing the border illegally will be prosecuted. Children can't go to jail with their parents, so they're separated.

U.S. officials say the children are well cared for.

Republican U.S. Sen. John McCain of Arizona says the Trump administration's current family separation policy is "an affront to the decency of the American people" and contrary to principles and values upon which the nation was founded.

McCain tweeted Monday night that the administration has the power to rescind this policy and "should do so now."

McCain is among a growing number of Republican lawmakers voicing concern over the administration's "zero tolerance" approach to illegal border crossings. Under the policy, all unlawful crossings are referred for prosecution. With adults detained and facing prosecution, any minors accompanying them are taken away.

Nearly 2,000 children were separated from their families over a six-week period in April and May.

The U.N. children's agency says the Trump administration policy of separating migrant children from their families is "not right," citing "heartbreaking" cases where even some babies are taken from their parents.

UNICEF says immigration enforcement and protection of children's rights is "not a zero-sum game."

Henrietta Fore, an American who has headed UNICEF since earlier this year, said separation of families and detention are "traumatic experiences" for children that can leave them more vulnerable to abuse.

In a statement from her read Tuesday by UNICEF spokesman Christophe Boulierac, Fore noted the U.S. government has long supported UNICEF's efforts to help migrant children in places like Syria, South Sudan and Haiti.

President Donald Trump is defending without apology his administration's border-protection policies in the face of rising national outrage over the forced separation of migrant children from their parents.

Calling for tough action against illegal immigration, Trump declared Monday that the U.S. "will not be a migrant camp" on his watch.

Images of children held in fenced cages fueled a growing chorus of condemnation from both political parties, all four former first ladies and national evangelical leaders. The children are being held separately from parents who are being prosecuted under the administration's "zero-tolerance" policy for illegal border crossings.

Trump continued to fault Democrats and pointed to more lenient policies under past administrations that had not charged all migrants who had crossed illegally.

Report: Nearly 1/2 of Underage Migrants in Mexico Last Year Were Unaccompanied Judge Temporarily Halts Deportation of Reunified Families Lawyer for Stormy Daniels Taking On Family Separation Cases
By posting comments, you agree to our
AZPM encourages comments, but comments that contain profanity, unrelated information, threats, libel, defamatory statements, obscenities, pornography or that violate the law are not allowed. Comments that promote commercial products or services are not allowed. Comments in violation of this policy will be removed. Continued posting of comments that violate this policy will result in the commenter being banned from the site.