Arizona has the most cases of any state this year. by Anita Snow, Associated Press TWEET SHARE 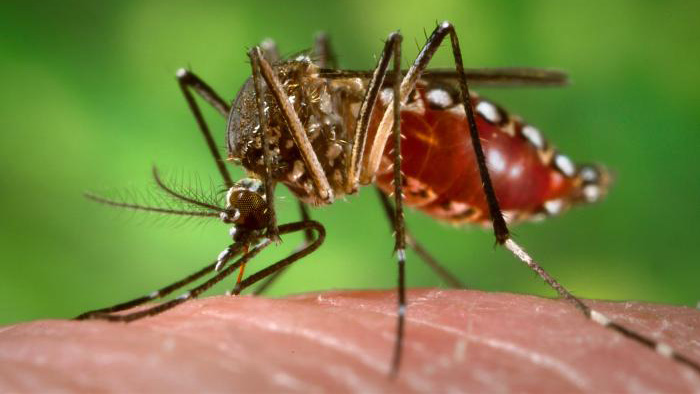 PHOENIX — West Nile Virus is increasingly being detected around the U.S. Southwest following a rainier winter, with a record number of cases in Arizona's Maricopa County and at least seven deaths statewide this year, the latest public health data showed Friday.

Numbers from U.S. Centers for Disease Control and Prevention show Arizona has the most cases of any state this year.

Arizona's updated public health statistics this week list Maricopa with more cases of infected people than any county, with 135 of 138 confirmed and probable cases statewide.

It said seven people had died. The department cautioned on its chart that the numbers are subject to change.

Southern Nevada has also emerged as part of the "hot zone" for the virus, with 28 cases reported in the area around Las Vegas as of last week. A scattering of cases was also reported in other states including California and Utah.

Dr. Cara M. Crist, director of the Arizona Department of Health Services, said on her blog that about 20 West Nile Virus cases are usually reported statewide by this time. Crist said the agency "is working closely with local health departments, vector control agencies and the CDC to increase our surveillance of these mosquito-borne diseases."

Arizona's current monsoon season could lead to more mosquitoes testing positive for the virus, as well as more cases of people being infected by their bites, she said.

Mosquito populations carrying West Nile virus have been found in Utah following weather conditions that allowed the insects to flourish, with several counties reporting cases of infected people. No fatalities have been reported.

Nadja Reissen, a biologist with the Salt Lake City Mosquito Abatement District, said she expects to see fewer cases of West Nile Virus because the wet spring created a greater number of water sources dispersed over a larger area. The virus tends to develop in pools of water where more mosquitoes are concentrated together.

Her agency has set up a variety of traps to attract and contain mosquitoes.

The virus can cause fever, headaches, body aches and nausea to more serious things like inflammation of the brain or spinal cord in rare instances. Most people infected by the virus will have no symptoms at all.

Dormant but dangerous: UA researcher investigating viruses in the human body Arizona reports 3 more cases of coronavirus for total of 9 Arizona coronavirus news briefs, March 17
By posting comments, you agree to our
AZPM encourages comments, but comments that contain profanity, unrelated information, threats, libel, defamatory statements, obscenities, pornography or that violate the law are not allowed. Comments that promote commercial products or services are not allowed. Comments in violation of this policy will be removed. Continued posting of comments that violate this policy will result in the commenter being banned from the site.