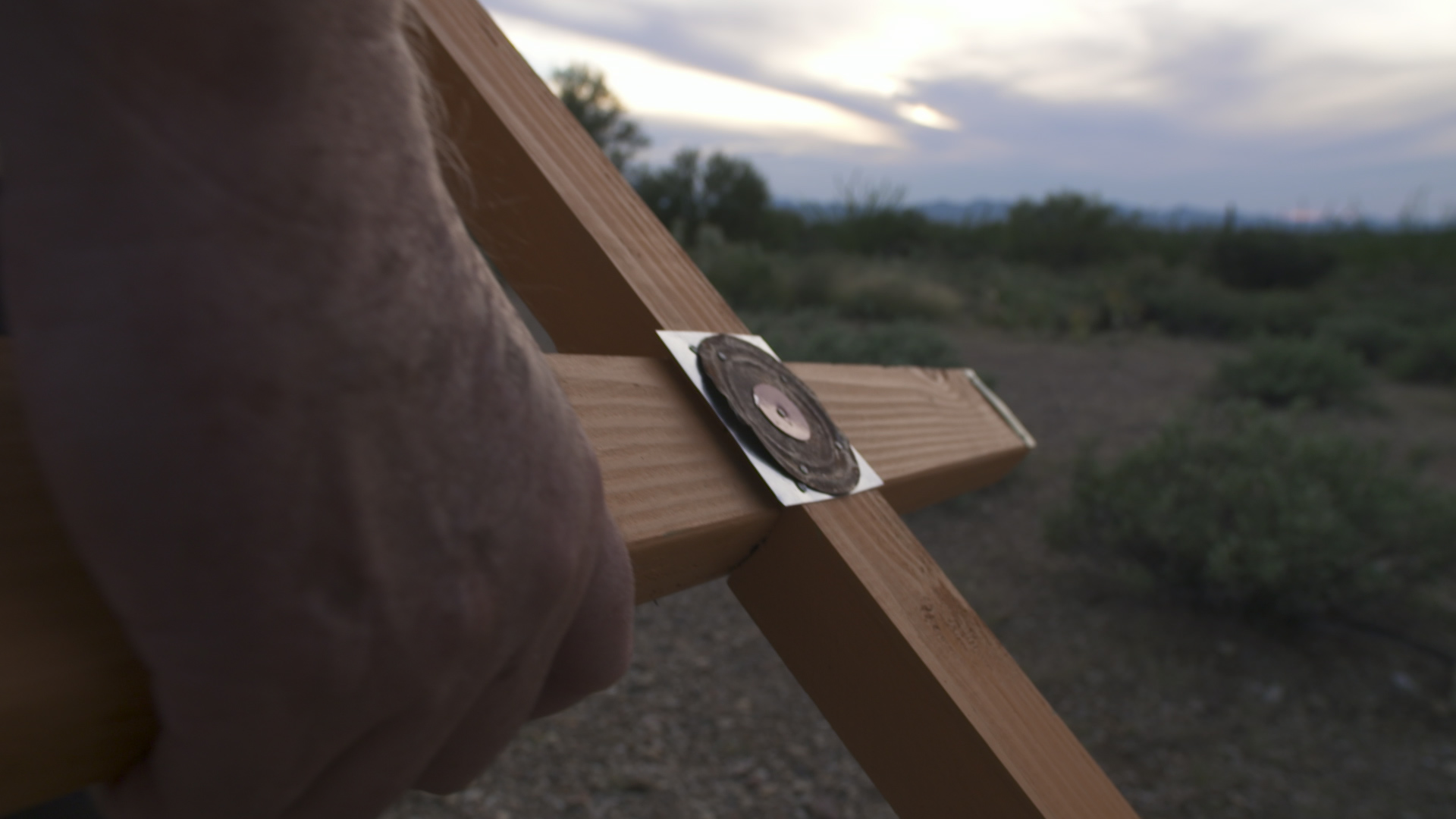 National Murrow Award winner, Where Dreams Die, tells the story of one man’s efforts to honor the lives of migrants who have died in the Sonoran Desert.

AZPM’s ongoing commitment to quality reporting and programming was recognized recently with its second National Edward R. Murrow Award. The Arizona Illustrated segment Where Dreams Die, which describes one man’s efforts to honor the lives of migrants who have died in the Sonoran Desert, was honored in the TV Feature Reporting category. AZPM received its first National Murrow Award in 2016 for its radio news documentary Divided by Law.

The Murrow Awards are among the most prestigious and respected journalism awards in the world. From more than 4,600 entries, these awards recognize 100 local and network radio, television, and digital news organizations for 122 examples of outstanding journalism in 16 categories. Edward R. Murrow Award recipients demonstrate the spirit of excellence that Murrow set as a standard for the profession of broadcast journalism. AZPM won four Regional Murrow Awards in 2019 and seven in 2018, and is honored to be counted among organizations whose responsible journalism helps shine a light on issues that might otherwise go unnoticed.

I am pleased to share that AZPM Science Producer Vanessa Barchfield was named a 2019 Climate Matters in the Newsroom Fellow. As one of only 10 journalists nationwide to be selected for the Climate Matters fellowship, Vanessa will receive localized climate reporting resources and training supported by the National Science Foundation. The project aims to increase reporting on climate change science, impacts, and solutions. Vanessa is also one of 12 journalists to participate in the 2019 Resilience Journalism Fellowship. The program, conducted by The Craig Newmark Graduate School of Journalism at City University of New York (CUNY), takes place in New York’s six-million-acre Adirondack Park. Participants will have the opportunity to learn about the science and practice of resilience while unfettered from the daily demands of journalism. This experience will enhance Vanessa’s already keen sense of story, myriad ways of revealing impact, and skill at unpacking complex issues at the intersection of science and the environment. These accolades continue to elevate AZPM’s commitment to quality journalism and enhance the programs that we share with you.

Returning to PBS 6 this month, the beloved PBS tradition A Capitol Fourth will air live from Washington, DC on Thursday, July 4, at 5 p.m. with an encore performance at 8 p.m. The concert will also be streamed online and via Facebook Live. Hosted by John Stamos, the all-star musical extravaganza is broadcast live from the West Lawn of the U.S. Capitol. With 20 cameras positioned around the city, viewers are front and center for the greatest display of fireworks anywhere in the nation.

PBS’ Summer of Space takes off this month. The multi-platform broadcast event is anchored by the highly-anticipated American Experience six-hour film “Chasing the Moon,” a new documentary series that explores the space race, including the 1969 moon landing, using forgotten archival footage from five decades ago. Tune in for the premiere episode on July 8 at 8 p.m. on PBS 6. And later this month don’t miss the compelling new NOVA mini-series “The Planets,” narrated by Zachary Quinto, which chronicles the life of our solar system in five dramatic stories spanning billions of years. Tune in or stream "The Planets" beginning on July 24th.

AZPM’s community outreach is growing. I hope you have an opportunity to attend some of the special events planned for the coming weeks:

In partnership with POV and the filmmakers of the acclaimed documentary Bisbee ’17, AZPM will host a lecture series, Bisbee After Bisbee ‘17, at the Copper Queen Library in Bisbee, Arizona on July 12th, and a screening of the full film at the Arizona History Museum in Tucson on July 13th. The film radically combines documentary and scripted elements, following several members of the close-knit community in the former mining town as they commemorate the 100th anniversary of the Bisbee Deportation, when 1,200 immigrant miners were violently taken from their homes by a deputized force, shipped to the desert on cattle cars, and left to die. Join AZPM and the filmmakers at the Bisbee Royale for a watch party and community celebration on July 15th. Bisbee ‘17 premieres July 15th at 9 p.m. on PBS 6. Watch a preview here.

To coincide with the 50th anniversary celebrations of the Apollo 11 moon landing on July 20th, AZPM will participate in One Giant Leap Day! presented by Flandrau Science Center & Planetarium. The family-friendly event will feature activities and special planetarium shows. Additional details are available on the planetarium’s website.

In May, AZPM presented The Buzz live to audiences in Bisbee. The success of this event has inspired plans for additional live audience panel discussions throughout the region, focusing on timely topics important to the people of southern Arizona. Join Arizona Public Media and The Buzz at the Dunbar Auditorium on Wednesday, July 24th for The Buzz LIVE: Gentrification and Changing Neighborhoods, a special live part of AZPM’s series on affordable housing called “Finding Home.” Host Christopher Conover will moderate a discussion between panelists representing development interests, fair housing groups, and neighborhood associations. After the discussion, the panel will welcome questions from the audience. The event is free but an RSVP is required. Please click here to reserve your seat.

As we wrap up another successful fiscal year, I extend my sincere thanks to all those who made an investment in Arizona Public Media. We are proud to continue to bring you the quality programs and trusted information that you expect from AZPM.

New Producers to Cover Mental Health and Scientific/Medical Advances Join Arizona Public Media Letter from the CEO Arizona Public Media and Arizona PBS Announce At-Home Learning Partnership to Provide Educational Content to Teachers, Students Affected by Coronavirus (COVID-19) Crisis
By posting comments, you agree to our
AZPM encourages comments, but comments that contain profanity, unrelated information, threats, libel, defamatory statements, obscenities, pornography or that violate the law are not allowed. Comments that promote commercial products or services are not allowed. Comments in violation of this policy will be removed. Continued posting of comments that violate this policy will result in the commenter being banned from the site.