June 23, 2016 - NEW YORK, NY – America By The Numbers with Maria Hinojosa (ABTN) will examine voters whose power and influence are growing in a 2016 election special titled “The New Deciders.” The one-hour program will air on Tuesday, September 6, 2016 on PBS and local public TV stations (check local listings). 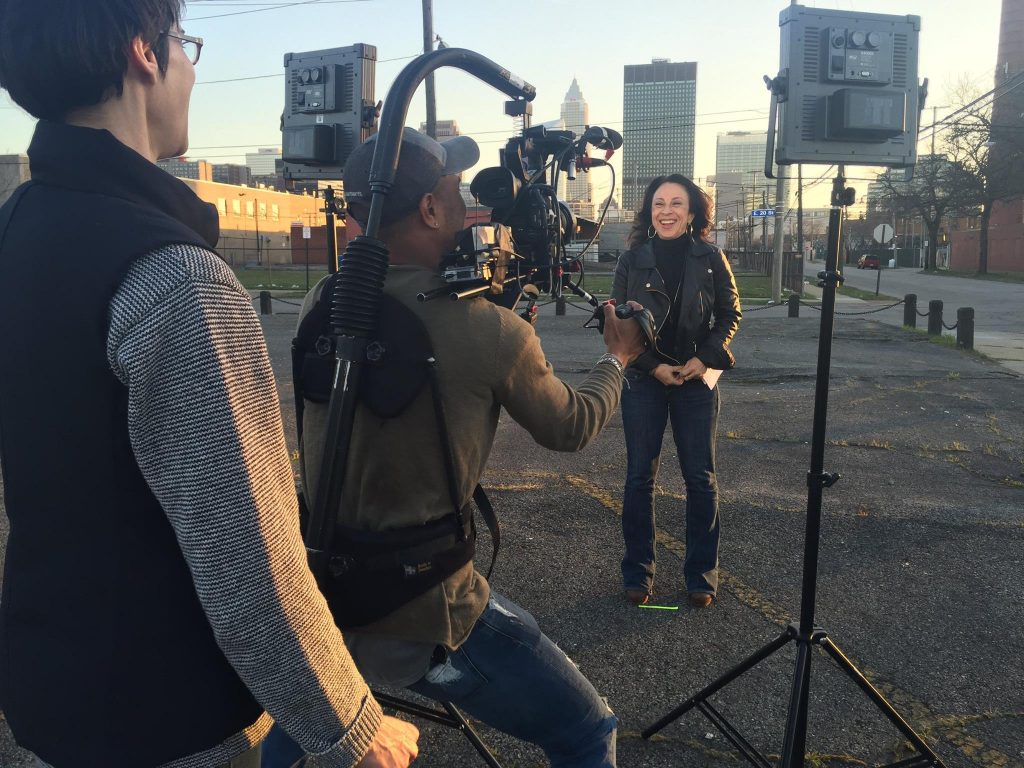 “The deciders in this year’s presidential election will be young people and citizens of color,” said ABTN Executive Producer Maria Hinojosa, who is also Executive Producer of the Peabody Award-winning weekly radio show, Latino USA, and President and Founder of the Futuro Media Group. “The racial, cultural and social landscape of America continues to change rapidly and we need to pay attention to the growing numbers of youth, Asians, Latinos, African-Americans, persons of mixed race and immigrants who are registering to vote, becoming politically engaged, and increasingly, will be determining the outcomes of elections.”

“The New Deciders” is produced by the Futuro Media Group in association with PBS and is being presented by WGBH with major funding provided by the Corporation for Public Broadcasting (CPB).

Researchers and political observers say demography and population change are factors that cannot be ignored in electoral politics, and ABTN will track the link between population change and voting. ABTN will explore individual communities and demographic groups that are redefining the electoral landscape in 2016 through four segments:

“This is a timely and important program examining our country’s ever more complex and nuanced electorate,” said Joseph Tovares, CPB chief Content Officer. ‘The New Deciders’ is reflective of the critical role that public media plays in building an informed civil society.”

“Americans trust public media to explore the issues that matter most and to provide in-depth and thoughtful coverage from diverse perspectives,” said Marie Nelson, Vice President News & Public Affairs at PBS. “‘The New Deciders’ offers an unexpected look at the changing demographic shifts in our country, and what it could mean – not only for the current election – but for the future of our nation.”

America By The Numbers with Maria Hinojosa is groundbreaking documentary reporting, which premiered on the WORLD Channel and PBS in fall 2014. ABTN is the first national series dedicated to examining how quickly the nation is becoming more diverse and how those changes are playing out in local communities across the U.S. For all the latest ABTN news and behind-the-scene footage, visit americabythenumbers.org.

Futuro Media Group also recently introduced two new multi-media products focused on politics, including “HUMANIZING AMERICA,” video shorts that present the human stories behind the American electorate in vignettes about engaged voters, and “In The Thick” a podcast hosted by Maria Hinojosa featuring a wide variety of reporters and pundits, providing new voices and diverse points of view about the 2016 election and a changing America. Follow the Futuro Media Group on Twitter @futuromedia and Facebook at facebook.com/TheFuturoMediaGroup.

Arizona Public Media Announces Management Changes and Promotions Letter from the CEO Masterpiece: Mrs. Wilson
By posting comments, you agree to our
AZPM encourages comments, but comments that contain profanity, unrelated information, threats, libel, defamatory statements, obscenities, pornography or that violate the law are not allowed. Comments that promote commercial products or services are not allowed. Comments in violation of this policy will be removed. Continued posting of comments that violate this policy will result in the commenter being banned from the site.