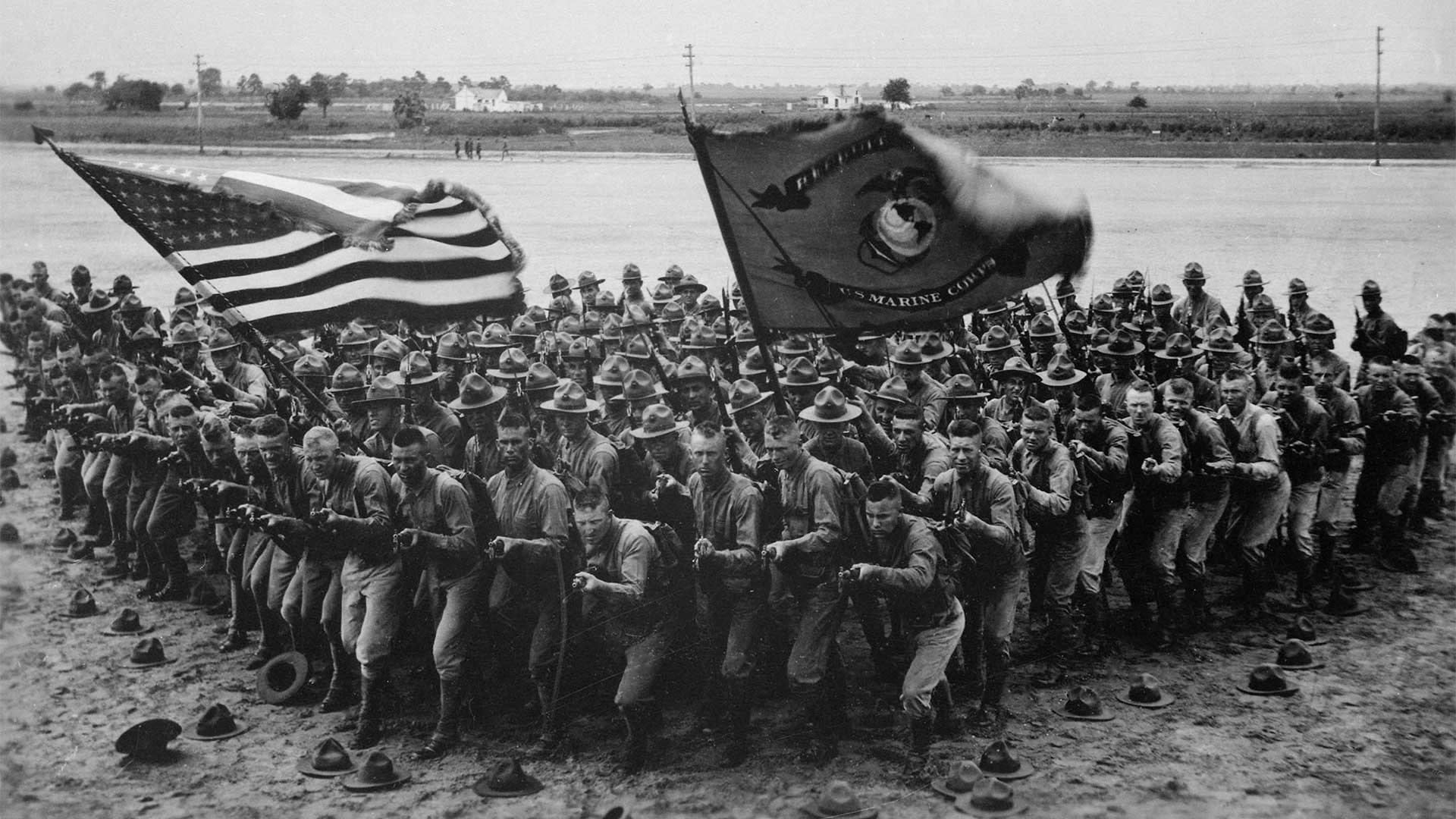 “The Great War,” a six-hour, three-night event, will premiere in April 2017 in conjunction with the 100th anniversary of America’s entry into the war on April 6, 1917. “The Great War” is executive produced by Mark Samels and directed by award-winning filmmakers Stephen Ives, Amanda Pollak and Rob Rapley.

Drawing on the latest scholarship, including unpublished diaries, memoirs and letters, “The Great War” tells the rich and complex story of World War I through the voices of nurses, journalists, aviators and the American troops who came to be known as “doughboys.” The series explores the experiences of African-American and Latino soldiers, suffragists, Native-American “code talkers” and others whose participation in the war to “make the world safe for democracy” has been largely forgotten. 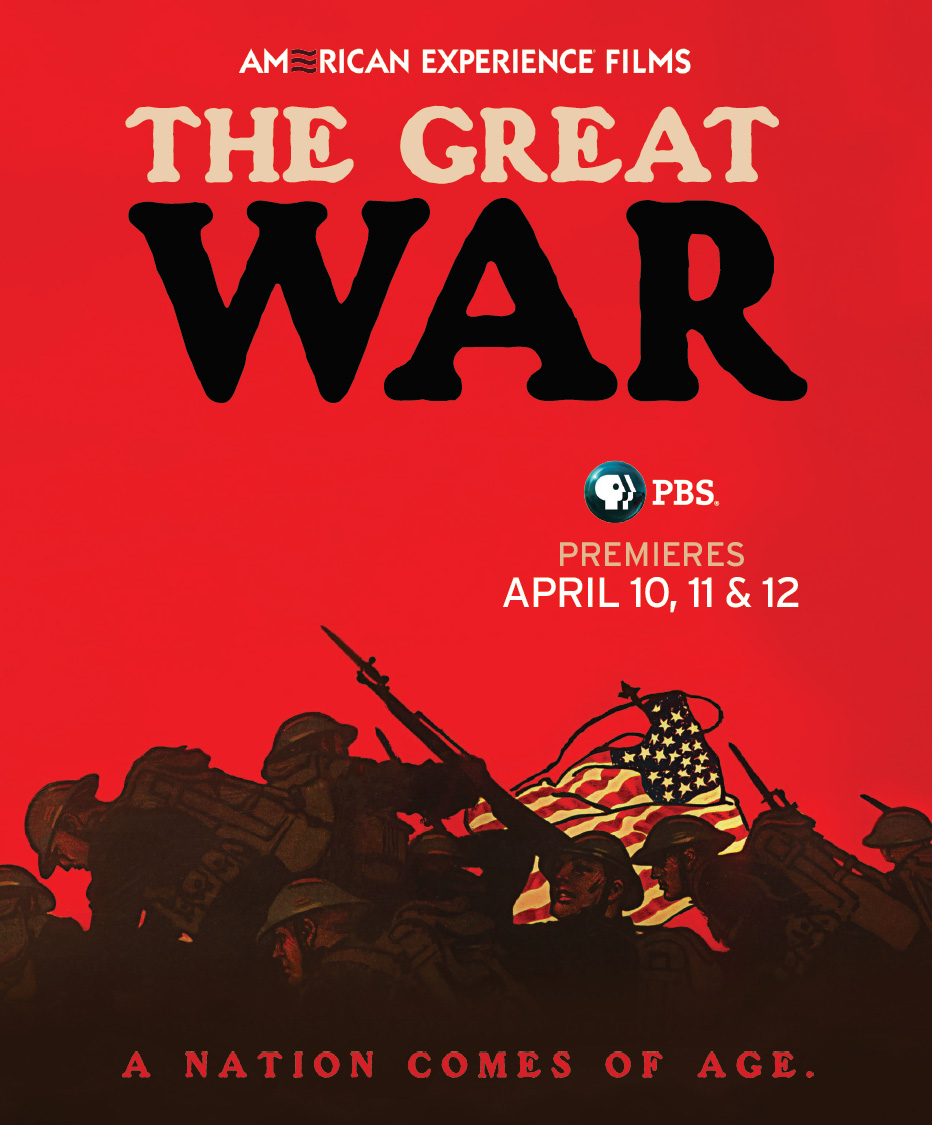 “The Great War” also explores how a brilliant PR man bolstered support for the war in a country hesitant to put lives on the line for a foreign conflict; how President Woodrow Wilson steered the nation through three-and-a-half years of neutrality, only to reluctantly lead America into the bloodiest conflict the world had ever seen, thereby transforming the United States into a dominant player on the international stage; and how the ardent patriotism and determination to support America’s crusade for liberty abroad led to one of the most oppressive crackdowns on civil liberties at home in American history. It is also a story of little-known heroism and sacrifice (including the deadliest battle in American history) that would leave more than 53,000 men dead on the battlefield and more than 60,000 dead from disease. American fatalities would come at a critical time in the war, but they would be dwarfed by a cataclysm of violence that would ultimately claim 15 million lives.

“On this centennial anniversary, we’re proud to present this in-depth examination of a truly pivotal event in American history from the perspectives of the people who lived through it,” said Beth Hoppe, Chief Programming Executive and General Manager, General Audience Programming, PBS. “The Great War transformed America and the world, and this series brings that transformation to life through unexpected personal stories.”

“There’s one America before the Great War, and another America after,” said American Experience Executive Producer Mark Samels. “The war marked the first time that the U.S. stepped onto the world stage and became the pre-eminent world power of the 20th century. It changed not only our role in the world but changed us at home. It was a time of stark choices — between pacifism and building up our military, between equal rights for everyone or for only a few. What unfolded was not only extremely important politically, socially and culturally, it was also incredibly dramatic. By examining the war through the lives of individuals — some famous, most forgotten — we hope to have created a film that does justice to this incredibly rich story.”

The broadcast of “The Great War” will be accompanied by a series of screening events and discussions hosted by universities, museums and public television stations around the country.

About American Experience
For 28 years, American Experience has been television’s most-watched history series. The series has been hailed as “peerless” (The Wall Street Journal), “the most consistently enriching program on television” (Chicago Tribune) and “a beacon of intelligence and purpose” (Houston Chronicle). On air and online, the series brings to life the incredible characters and epic stories that have shaped America’s past and present. Acclaimed by viewers and critics alike, American Experience documentaries have been honored with every major broadcast award, including 30 Emmy Awards, four duPont-Columbia Awards and 17 George Foster Peabody Awards; the series received an Academy Award® nomination for Best Documentary Feature in 2015 for Last Days in Vietnam.

About PBS
PBS, with 350 member stations, offers all Americans the opportunity to explore new ideas and new worlds through television and online content. Each month, PBS reaches nearly 100 million people through television and nearly 33 million people online, inviting them to experience the worlds of science, history, nature and public affairs; to hear diverse viewpoints; and to take front row seats to world-class drama and performances. PBS’ broad array of programs has been consistently honored by the industry’s most coveted award competitions. Teachers of children from pre-K through 12th grade turn to PBS for digital content and services that help bring classroom lessons to life. PBS’ premier children’s TV programming and its website, pbskids.org, are parents’ and teachers’ most trusted partners in inspiring and nurturing curiosity and love of learning in children.

Letter from the CEO Arizona Public Media Announces Management Changes and Promotions Masterpiece: Sanditon Parts 1 & 2
By posting comments, you agree to our
AZPM encourages comments, but comments that contain profanity, unrelated information, threats, libel, defamatory statements, obscenities, pornography or that violate the law are not allowed. Comments that promote commercial products or services are not allowed. Comments in violation of this policy will be removed. Continued posting of comments that violate this policy will result in the commenter being banned from the site.