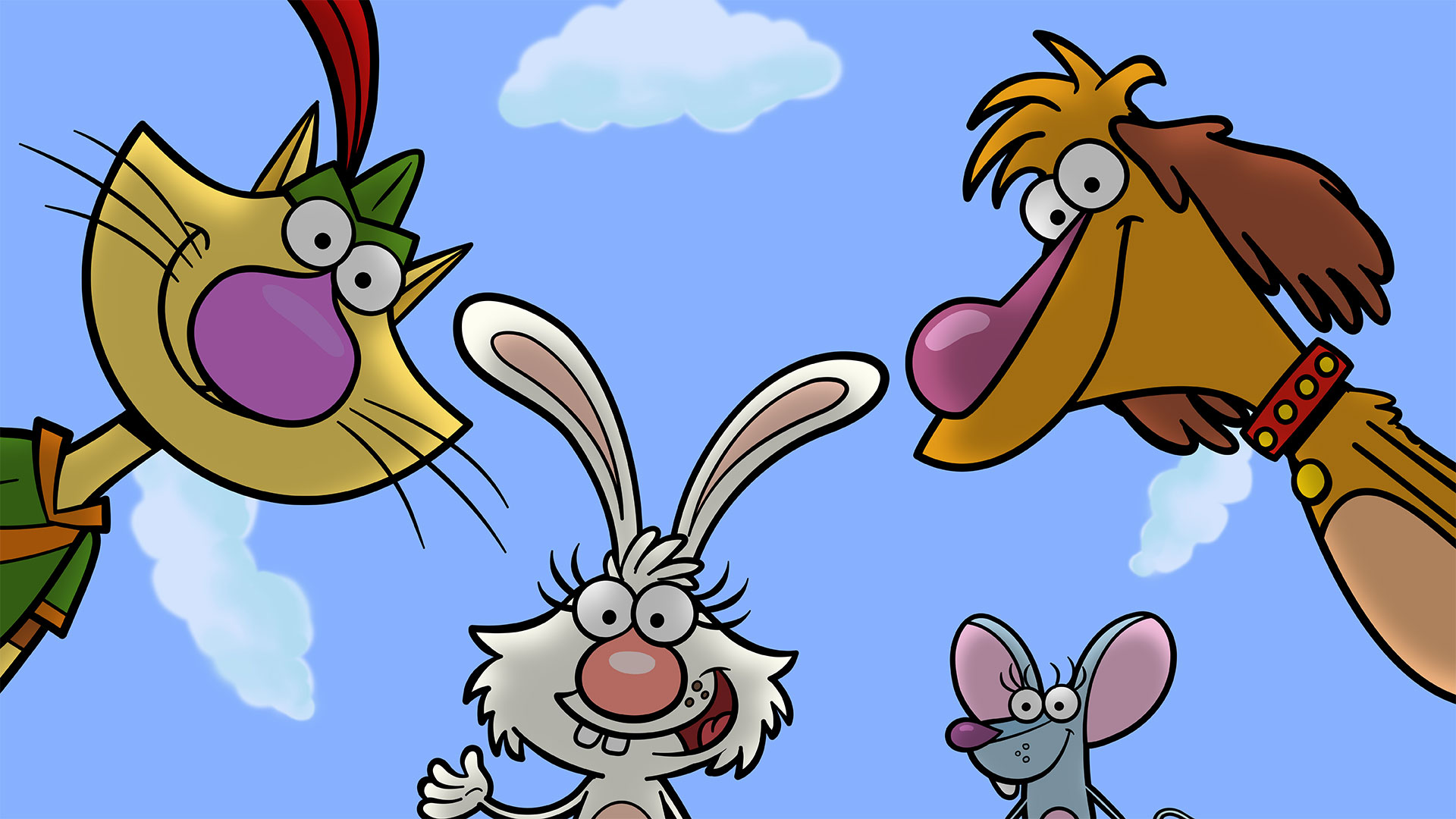 This April, PBS KIDS is celebrating Earth Month with its annual Explore the Outdoors initiative, which encourages families to head outside and discover the natural world around them. The celebration kicks off April 10 with new episodes from favorite PBS KIDS series, WILD KRATTS and NATURE CAT, all week long. Grounded in a STEM curriculum, the two series explore such topics as natural and animal science, while inspiring outdoor exploration. New episodes will premiere on PBS 6 and PBS Kids (check online schedule) and will be available on PBS KIDS digital platforms and new 24/7 channel and live stream, available to nearly three of four U.S. TV households.

“Each spring, we look forward to partnering with our member stations for the PBS KIDS Explore the Outdoors initiative – encouraging outdoor adventures for the whole family,” said Lesli Rotenberg, Senior Vice President and General Manager, Children’s Media and Education, PBS. “Our goal is to spark children’s curiosity and love of learning, and WILD KRATTS and NATURE CAT are the perfect companions to inspire outdoor exploration and interest in the wonders of nature.”

New digital content from WILD KRATTS will include “Aviva’s Eel-ectric Challenge,” a game that encourages kids to test Aviva’s new Electric Eel Power suit by using its electromagnetic field to stun like a real electric eel. The game is available now on pbskids.org and on the free PBS KIDS Games app.

NATURE CAT’s Great Outdoors app, an on-the-go toolset that will inspire children to explore nature, is available for download on iTunes, Amazon and Google Play.

“Archerfish School”
Premieres April 10, streaming April 10
When the Kratt Bros meet a school of Archerfish, they are taught the secret of “water droplet” archery from an Archerfish named Arrow. Soon, they are using this newly learned skill to infiltrate Donita Donata’s yacht and rescue the baby animals she has been capturing for her newest high-end fashion line.

“This Orca Likes Sharks”
Premieres April 11; streaming April 14
The Kratt Bros discover a message in a bottle telling them about an wily old orca who eats only large sharks. They find this hard to believe, so with the help of Aviva’s Dolphin Decoder, modified to speak Orca, the Wild Kratts go in search of the orca who likes sharks!

“Baby Tooth & Kid Musky”
Premieres April 12, streaming April 21
When the Wild Kratts begin to talk about predator and prey, the Kratt Bros decide to split up to investigate the lives of being a predator and a prey. But when they each befriend a young member of their respective groups and the groups collide, the gang must struggle to figure out how they react in a true battle for survival.

“Cheetah Adopted”
Premieres April 13; streaming April 28
Martin and Chris are creature adventuring on the African savannah when they encounter a warthog mom and her piglets. But they notice something odd. One of the piglets is the cheetah cub Spotswat! It’s up to the Kratt Bros to find out why this cub has been adopted into the warthog family and to reunite him with his mother, Blur.

“Musk Ox Mania”
Premieres April 14; streaming May 5
When Chris realizes that his precious creature souvenir collection is missing, the gang must travel back to the Arctic to find it. But the Arctic is now covered in a thick layer of ice and snow, so they'll need the help of a special Arctic creature — the musk ox — and its creature powers to find it.

“Spring Hunter 3000” − Spring has sprung! And it’s now time for Daisy’s favorite online game: Spring Hunter 3000! The goal of the game is to try to find as many signs of spring as possible: birds, flowers, you name it. The more you find, the more points you earn. And whoever gets the most points is deemed the queen or king of spring! Oh yeah! Oh yeah!

“The Case of the Missing Moon” − Hal is so so so sad! When he went to howl at the moon, as he does every night, the moon was gone! But that’s impossible! How does a moon just disappear? There has to be a logical explanation, right? Can Nature Cat and his pals find the missing moon? Or will Hal’s nightly howls come to an end for good?

“Mighty Mountain Climbers” − On a dare from Ronald, Nature Cat and his pals try to climb all the way up to The Mighty Mountain Peak. They get all the supplies they need and head out, led by Nature Cat. But they soon find out that hiking up a mountain is hard and poses many problems, no matter how prepared you are. Will they make it all the way to the peak?!

“Bug Eating Plants!” − A super-excited Squeeks shows her brand-new, homemade comic “Bug Eating Plants of the Swamp!” to her pals. As Squeeks begins to read the story, we see this action-packed adventure played out, as tiny Nature Cat, Hal, Daisy and Squeeks must make their way through the swamp while trying to stay away from the Bug Eating Plants, which proves difficult for Tiny Hal!

“The Flight of the Firefly” − While looking for fireflies in the backyard, Hal catches one so the gang can look closely at it and watch it glow. Hal names the firefly George and promises to watch it and hug it and then set it free, which he does, but for some reason George doesn’t want to fly away and hangs around Hal. George seems to have something on his mind. Since no one can communicate with a firefly, they call in Houston. With the help of his firefly communicator, they find out that George is lost and needs help finding the Firefly Fiesta!

“Thunderstruck” − It’s Nature Scrapbook Day today! Nature Cat and his pals are out in nature, taking photos, drawing pictures and collecting various properties of nature to put in their nature scrapbook. Suddenly, a thunderstorm causes the gang to seek shelter in Hal’s doghouse. As Nature Cat and his friends learn, thunderstorms are nothing to be scared of. They also are able to see the beauty of thunderstorms, which become the last entry in their scrapbook.

“Plants Got the Moves” − Daisy has being getting ready for months for the Animal Science Fair, which occurs later in the woods. Man-oh-man is Daisy ready with her terrific exhibit, which shows how bean seeds grow. But before going to the fair, a gust of wind knocks over her science fair project, ruining it. Daisy needs help to try to find another science project to exhibit at the Animal Science Fair and finds inspiration from an unlikely source: plants that move!

“Magnet Mania” − Ever hear of Ole’ Lucky the Lodestone? Well, it’s only the world’s biggest magnetic rock, which can attract things with iron in them, and the final destination for the gang’s celebration of Magnet Mania! But there is one problem: how do they go north to get to Ole’ Lucky when they have no compass?

“Return to Mighty Mountain/Welcome to the Vernal Pond”
Premieres April 14; streaming May 5

“Return to Mighty Mountain” − There is no giving up for Nature Cat and his pals. After failing to reach the peak of the Mighty Mountain, they are going to try to hike all the way up again! But this time, they have a surprise: help from an unlikely, yet extremely experienced, mountain climber to guide them – Granny Bunny!

“Welcome to the Vernal Pond” − While playing in the woods, Nature Cat and his pals come across Fern, a spotted salamander who just happens to be pregnant and ready to give birth! But she needs help getting to the safest spot in the woods to have her babies, the vernal pond. Nature Cat knows these woods like the back of his hand, yet he has never heard of or seen the vernal pond. Fern cannot wait to show them why!

About Spiffy Pictures
The NATURE CAT series is a co-production of Spiffy Pictures and WTTW Chicago. Major funding for the series is provided by the Corporation for Public Broadcasting (CPB) and the Van Ekeren Family, founders of Land O’Frost. Spiffy Pictures, founded in 2003 by David and Adam Rudman, is a creative development and production company specializing in family entertainment. The Emmy Award-winning creative team has created, produced, written and directed live-action and animated projects for Nickelodeon, Disney, MTV, Comedy Central, Sesame Street and Warner Brothers. Their projects include creating and producing the Emmy- and Prix Jeunesse-nominated Jack’s Big Music Show for Nick Jr, the Emmy-nominated Bunnytown for Disney and Nick Jr.’s Parent’s Choice Award-winning Curious Buddies brand of home videos. Spiffy Pictures recently produced a puppet adaptation of Scooby Doo for Warner Brothers, titled Scooby-Doo! Adventures, The Mystery Map. spiffypictures.com.