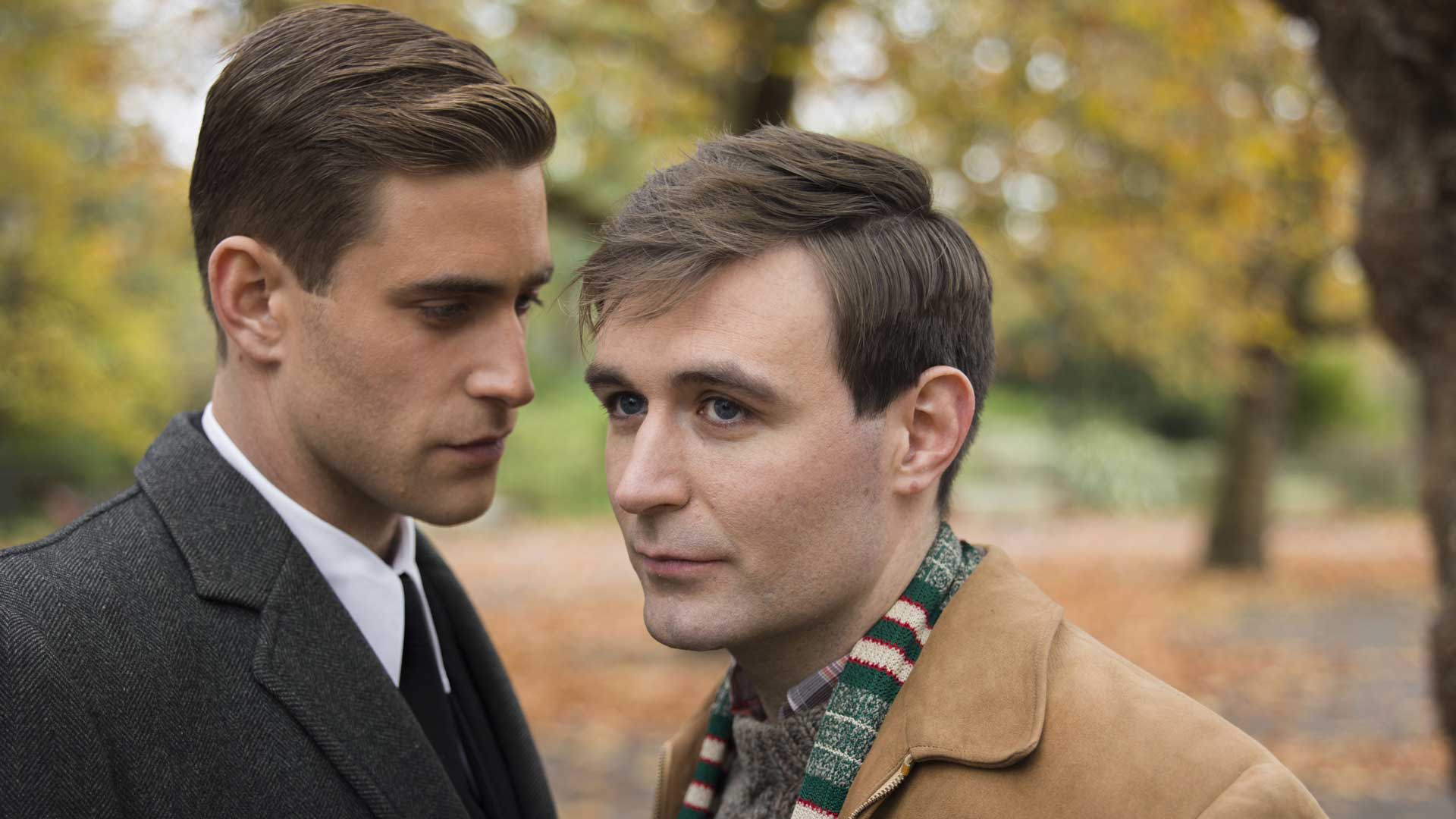 Oliver Jackson-Cohen as Michael Berryman and James McArdle as Thomas March star in "Man in an Orange Shirt" on Masterpiece.
Courtesy of Nick Briggs/Kudos for BBC and MASTERPIECE

Arizona Public Media celebrates Pride Month this June. Enjoy a special collection of films, series and short stories on PBS 6 and PBS 6 PLUS that explore the LGBTQ experience in the United States and around the world.

Nominated for five 2017 Tonys, this is a poignant and hilarious look at a modern family set amidst the emerging AIDS crisis. Christian Borle stars as Marvin, with Stephanie J. Block as his ex-wife, Trina, and Andrew Rannells as his lover, Whizzer.

Penny: Champion of The Marginalized
(PBS 6 PLUS: Saturday, June 2nd at 1130pm)

In this revealing documentary, Penny Cooper - a celebrated criminal defense attorney, art collector, supporter of female artists, and protector of the underdog - proves herself quite the raconteur with seemingly unlimited anecdotes. Her stories are engaging; sometimes funny, and sometimes distressing.

The film is a collection of these moments as told by Cooper and the people who have been impacted by her dynamic spirit. The talented lawyer and art enthusiast offers a unique perspective on important social narratives such as criminal justice, the artists and collectors who generate today's global contemporary art market, gender equality, and more. Through it all, she has found herself at the center of dramatic social progress for women. A role model and pioneer, Cooper perhaps owes much of her success in transcending the glass ceiling to her unwavering resilience, fortitude and infamous humility.

A key player in the artistic renaissance of San Francisco after World War II, James Broughton fathered a child with film critic Pauline Kael, wrote poetry alongside Allen Ginsberg and Lawrence Ferlinghetti, received an award from Jean Cocteau at Cannes, and went on to push the boundaries of artistic expression and sexual liberation.

While celebrating the impact of Broughton's art, Big Joy: The Adventures of James Broughton also explores his deeply intertwined creative and personal lives. For a man who joyfully embraced life and preached "follow your own weird," the repressive McCarthy era brought inner turmoil and even an attempt to "straighten himself out." Ultimately, Broughton's experimental films and poetry helped free both his own spirit and that of a new generation, and at the young age of 61, he met the love of his life.

Decades before The Defense of Marriage Act and Proposition 8, one gay couple, a Filipino American and an Australian, fell in love and over the course of 40 years took on the U.S. government to fight for marriage and immigration equality.

The Committee is a documentary film about the little-known Florida Legislative Investigative Committee of the State Legislature from 1956-1965. Florida Senator Charley Johns chaired the committee, and its aim was to root out communist and homosexual teachers and students from state universities. It was successful in either firing or expelling more than 200 suspected gay and lesbian citizens.

The film features two North Florida survivors (Rev. Ruth Jensen-Forbell and Chuck Woods) and one interrogator (John Tileston) who have never before spoken publicly about their experiences without anonymity. It culminates in a 50-year reunion between survivor and interrogator.

Anyone and Everyone tells the stories of families from Utah to North Carolina and Wyoming to New York, all connected by a common thread - a gay child. This poignant and often heartbreaking documentary by first-time filmmaker Susan Polis Schutz (also the parent of a gay son) depicts families representing a wide range of religions, nationalities, and political leanings.

Transgender teen, Jazz Jennings (star of I am Jazz on TLC), narrates this one hour documentary exploring the history of public gay identity in the Lesbian, Gay, Bisexual, Transgender (LGBT) community from the 1950s through today.

Meet the frank and funny creator of the groundbreaking Tales of the City and follow his evolution from a conservative son of the Old South to a gay rights pioneer whose work has inspired millions. With Laura Linney, Olympia Dukakis and Ian McKellen.

This comedic series tells the story of aging partners Freddie (Ian McKellen) and Stuart (Derek Jacobi), who have lived together in their Covent Garden flat for nearly 50 years. Freddie was a budding actor and Stuart worked in a bar when they first met, but their careers are pretty much over and their lives now consist of entertaining their frequent guests, making sure that their aged dog Balthazar is still breathing, and hurling caustic insults at each other.

Man in an Orange Shirt on MASTERPIECE
(PBS 6: Sunday, June 17th at 9pm)

Two love stories, 60 years apart, chart the changes and challenges in gay lives in England-from the era of jail terms to the onset of dating apps. Vanessa Redgrave stars in this drama scripted by best-selling novelist Patrick Gale.

See Paula Vogel's Tony Award winner inspired by the true story of the controversial 1923 Broadway debut of Sholem Asch's God of Vengeance. The play with music looks at an explosive moment in theatrical history.

By Hillevi Loven. Exiled by family and rejected by an ex, 17-year-old Jasmine finds new love and the courage to become Cole, a strong-willed transgender man, in this powerful vérité portrait of transgender life in rural North Carolina. Cole's candid humor and steadfast Christian beliefs counter the bigotry he experiences daily. Executive produced by Susan Sarandon.

Explore the life and work of the A Raisin in the Sun playwright and activist who played a significant role in the civil rights movement. LaTanya Richardson Jackson narrates. Anika Noni Rose is the voice of Lorraine Hansberry.

Explore the struggles and choices facing transgender kids and their parents. Through moving, personal stories of children, parents and doctors, the film examines new medical interventions increasingly being offered at younger ages.

Man in an Orange Shirt on MASTERPIECE
Jun 17th at 9pm

Penny: Champion of the Marginalized
Jun 24th at 430pm

Penny: Champion of the Marginalized
Jun 2nd at 1130pm

Anyone and Everyone
Jun 10th at 4pm