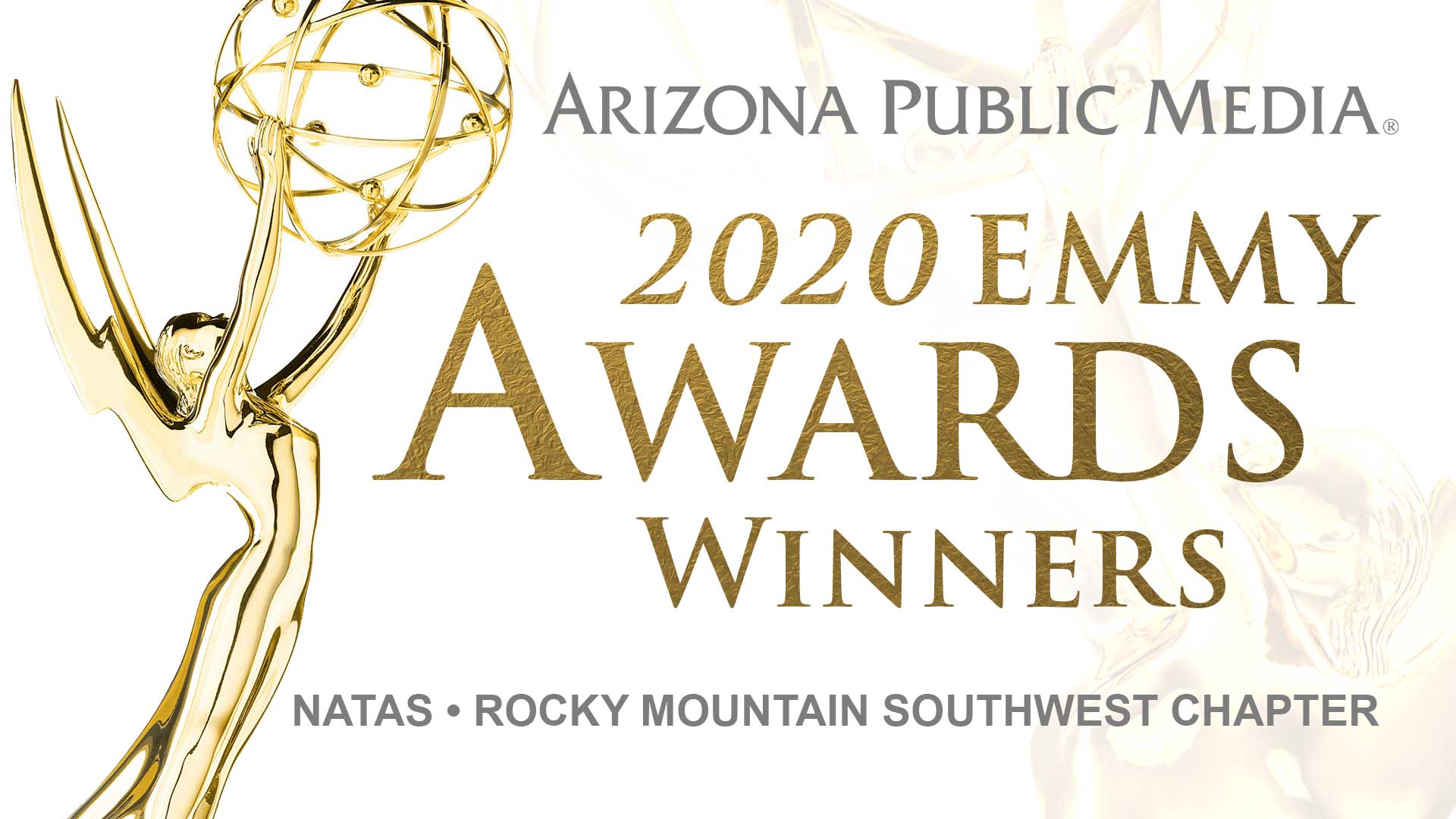 Arizona Public Media staff received eight individual Emmy® Awards for four projects in as many categories from the Rocky Mountain Southwest Chapter of the National Academy of Television Arts and Sciences during a virtual ceremony on September 19. This year’s honors include a win for AZPM’s special documentary project, The Arizonans, and the second consecutive win for Arizona 360; Arizona Illustrated earned nods in two categories including arts/entertainment and societal concerns.

“I am extremely proud of this year's nominees and winners,” said Jack Gibson, AZPM CEO. “The passion and dedication they display in their work enriches our community and uplifts our audiences.”

This year, AZPM staff received 13 nominations across 8 categories, including a nomination for Overall Excellence.

The nominees, aside from the winners listed above, are:

In the last six years, AZPM staff members have won 65 individual Emmy awards, including the prestigious Governor’s Award for the 2016 original documentary Passing On, and the Overall Excellence Award in 2015.

About AZPM
Arizona Public Media (AZPM) is an editorially independent, nonprofit public service of the University of Arizona (UA) and provides three television program services (PBS 6, PBS 6 Plus, and PBS Kids), four radio services (NPR 89.1, Classical 90.5, Jazz 98.1 HD2 and the BBC World Service) and a variety of online program offerings at azpm.org. AZPM is funded through the generous support of annual and sustaining members, the business community through program underwriting, fee-for-service production activities, the Corporation for Public Broadcasting, and direct and in-kind support from UA.   Arizona Public Media® and AZPM® are registered trademarks of the Arizona Board of Regents, which holds the FCC broadcast licenses for all AZPM stations, for the benefit of the University of Arizona. More information about AZPM, including program schedules and Video-on-Demand offerings, can be found online at azpm.org.