Arizona Public Media hosted the candidates in-studio on September 25 for the second of two scheduled debates, in partnership with KJZZ and the Arizona Daily Star. The first debate took place in Phoenix on September 24.

The live debate began at 7 p.m. and lasted one hour. It was moderated by AZPM's Lorraine Rivera and featured a panel including AZPM's Christopher Conover, KJZZ's Steve Goldstein and the Arizona Daily Star's Joe Ferguson. 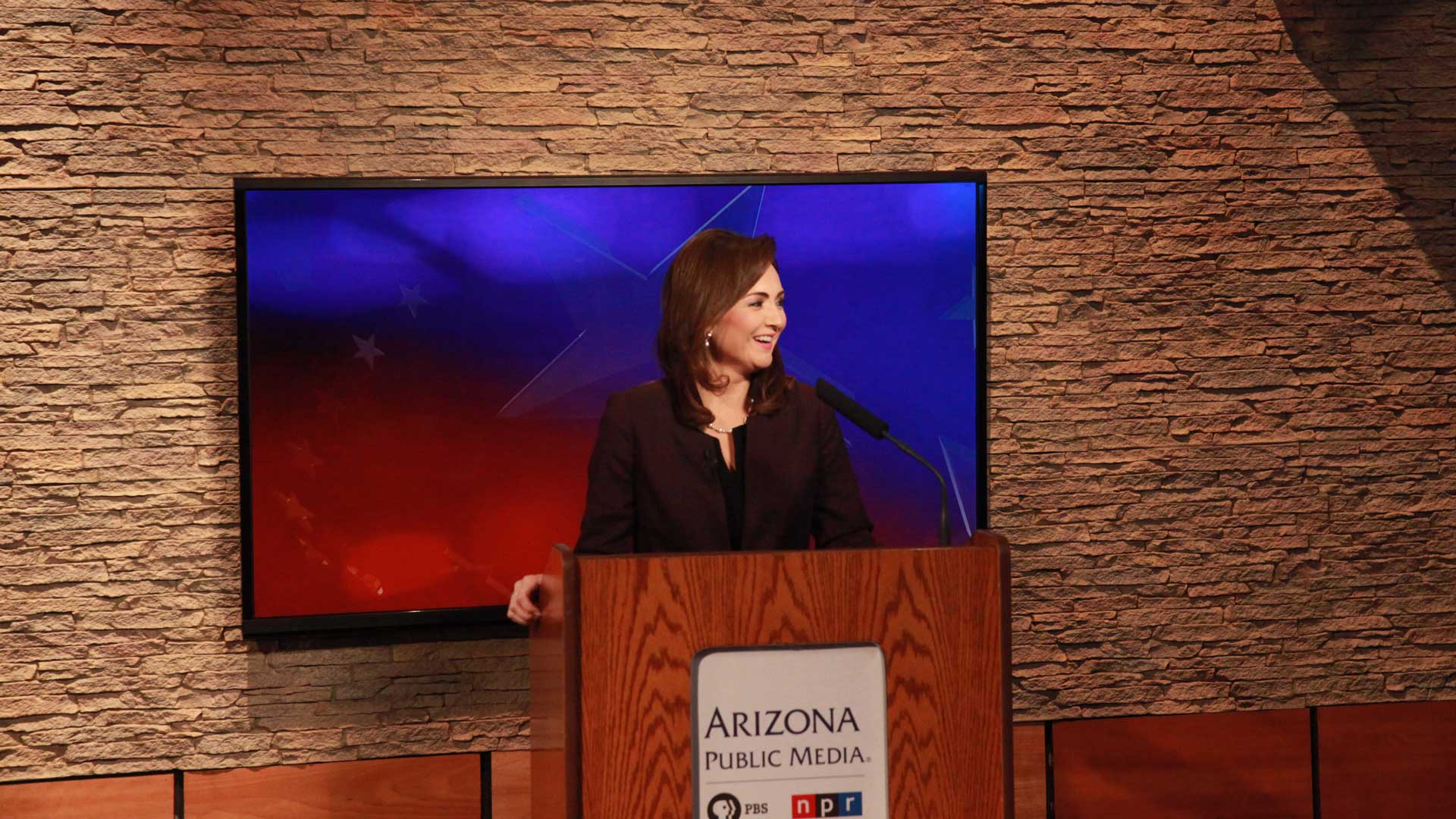 Lorraine Rivera prepares to moderate the Arizona Gubernatorial debate in the AZPM studio on September 25. 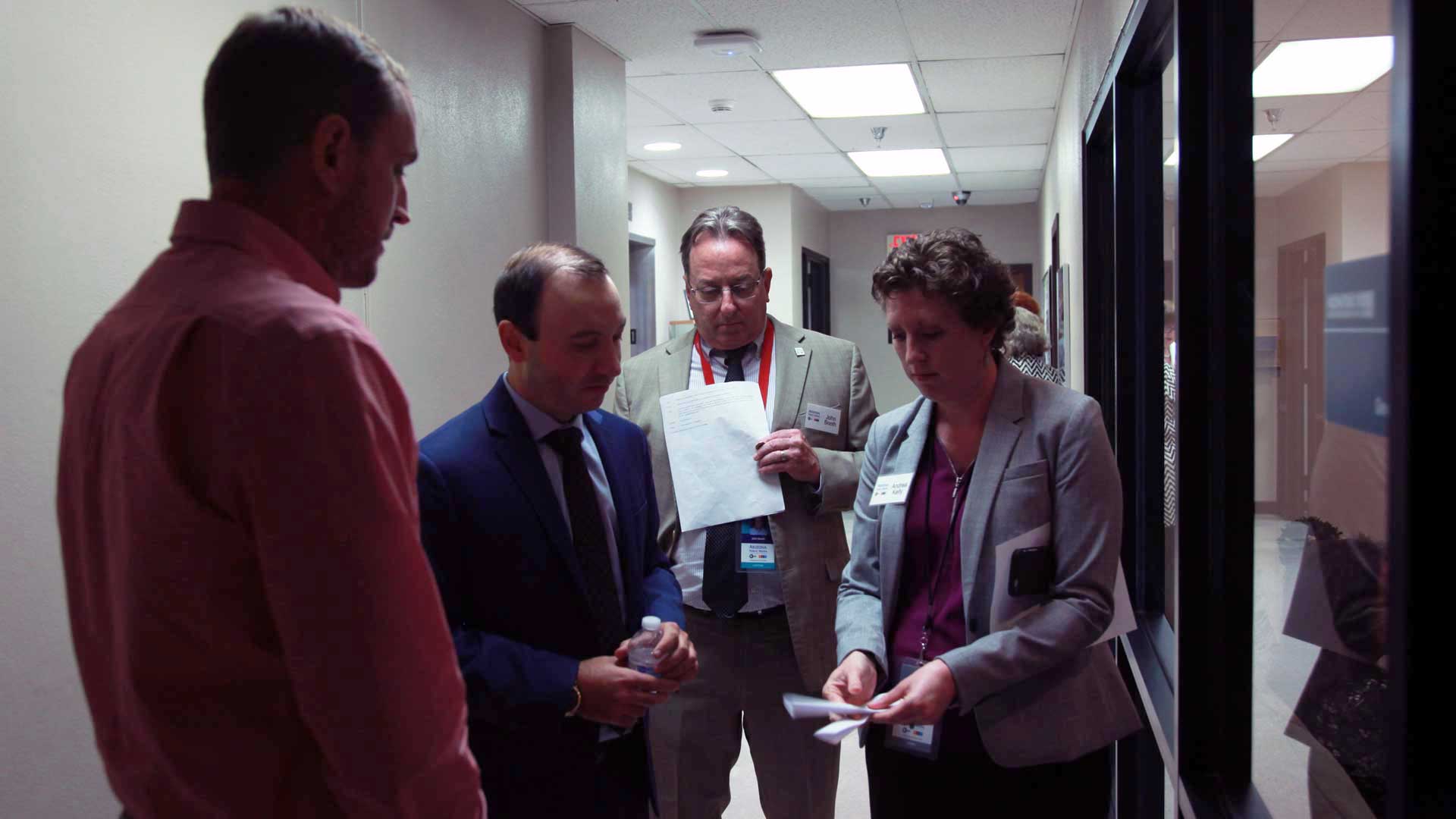 News director Andrea Kelly converses with representatives from each campaign before the debate. 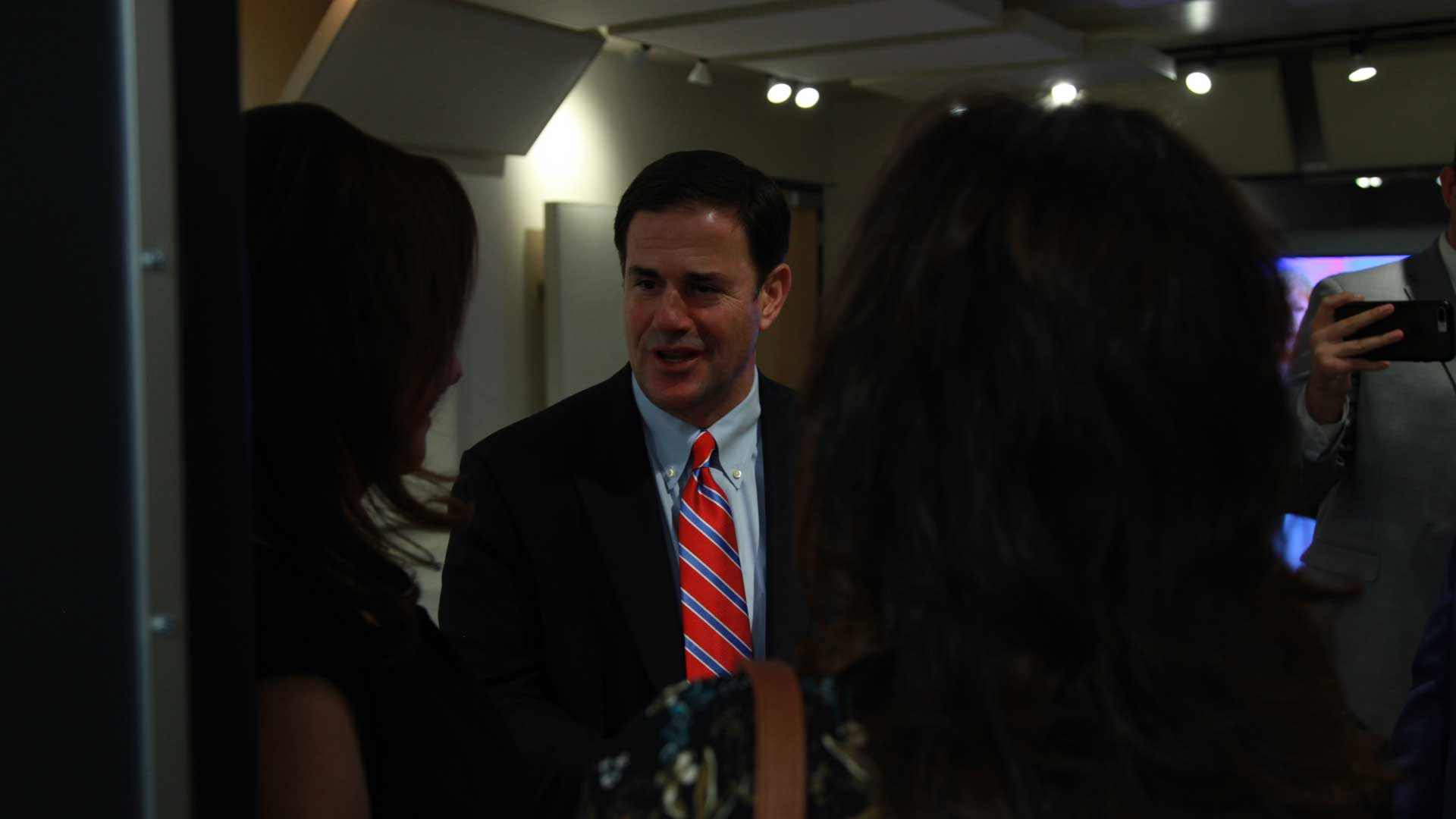 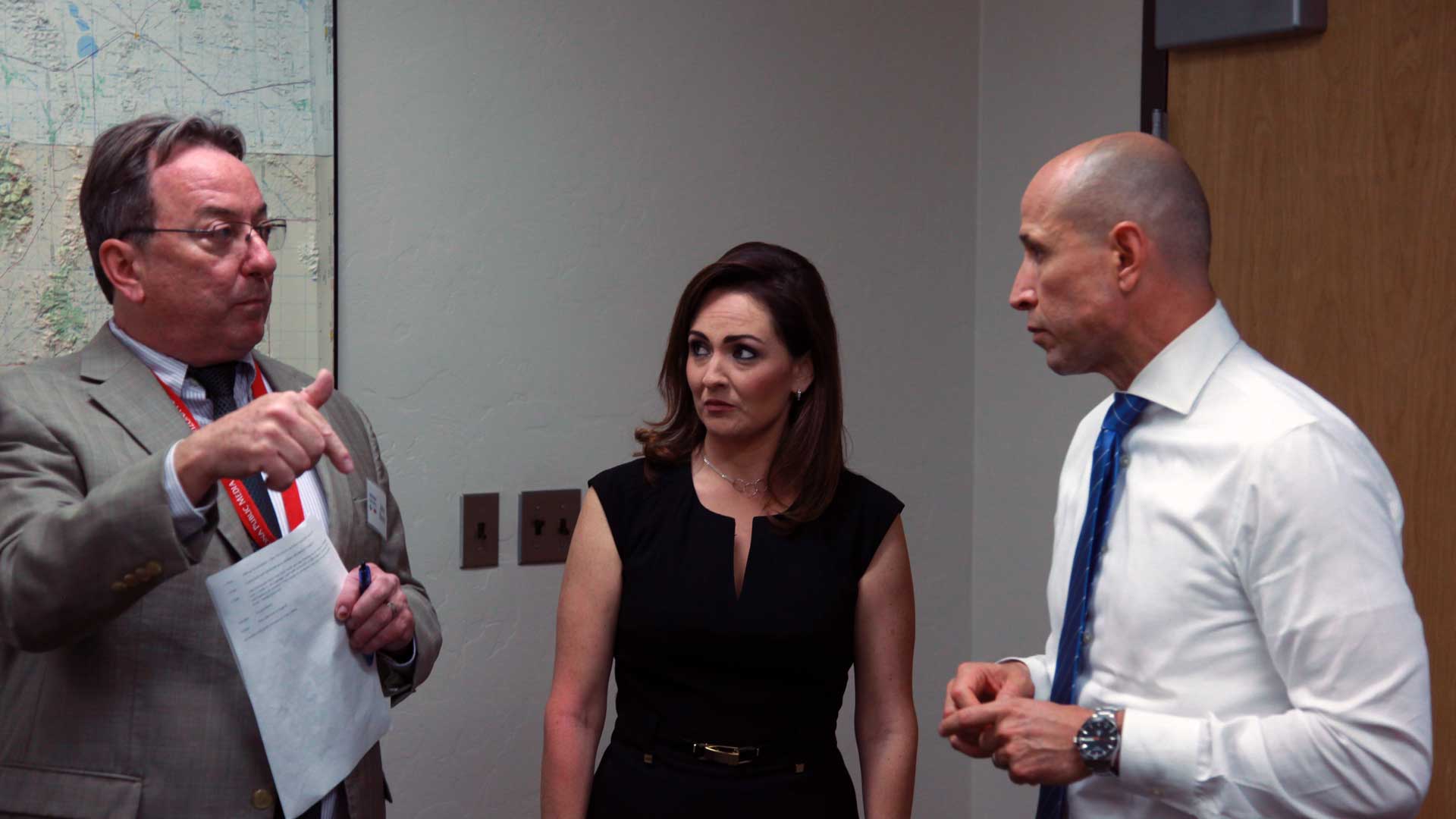 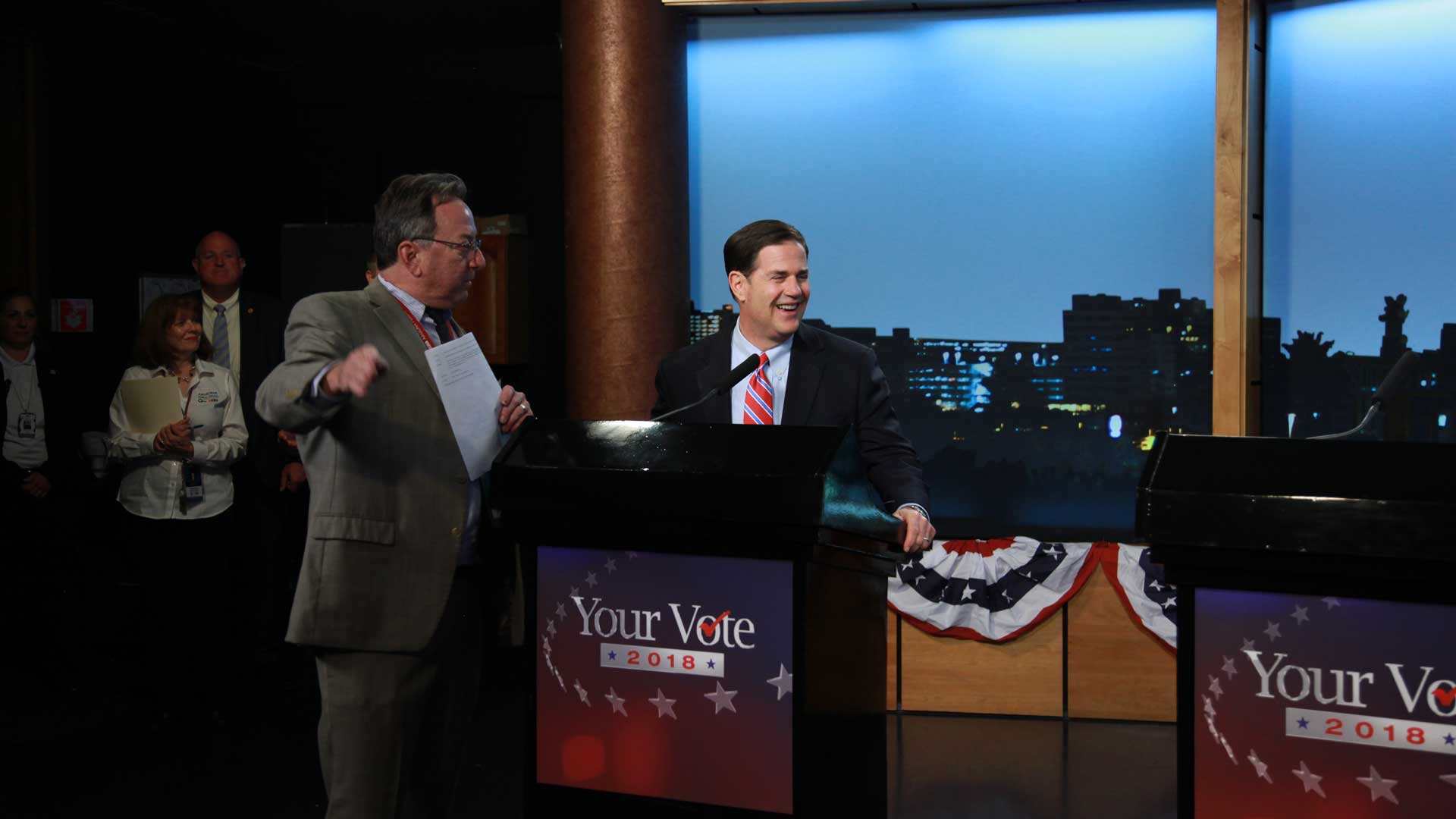 Mr. Ducey in the studio with John Booth. 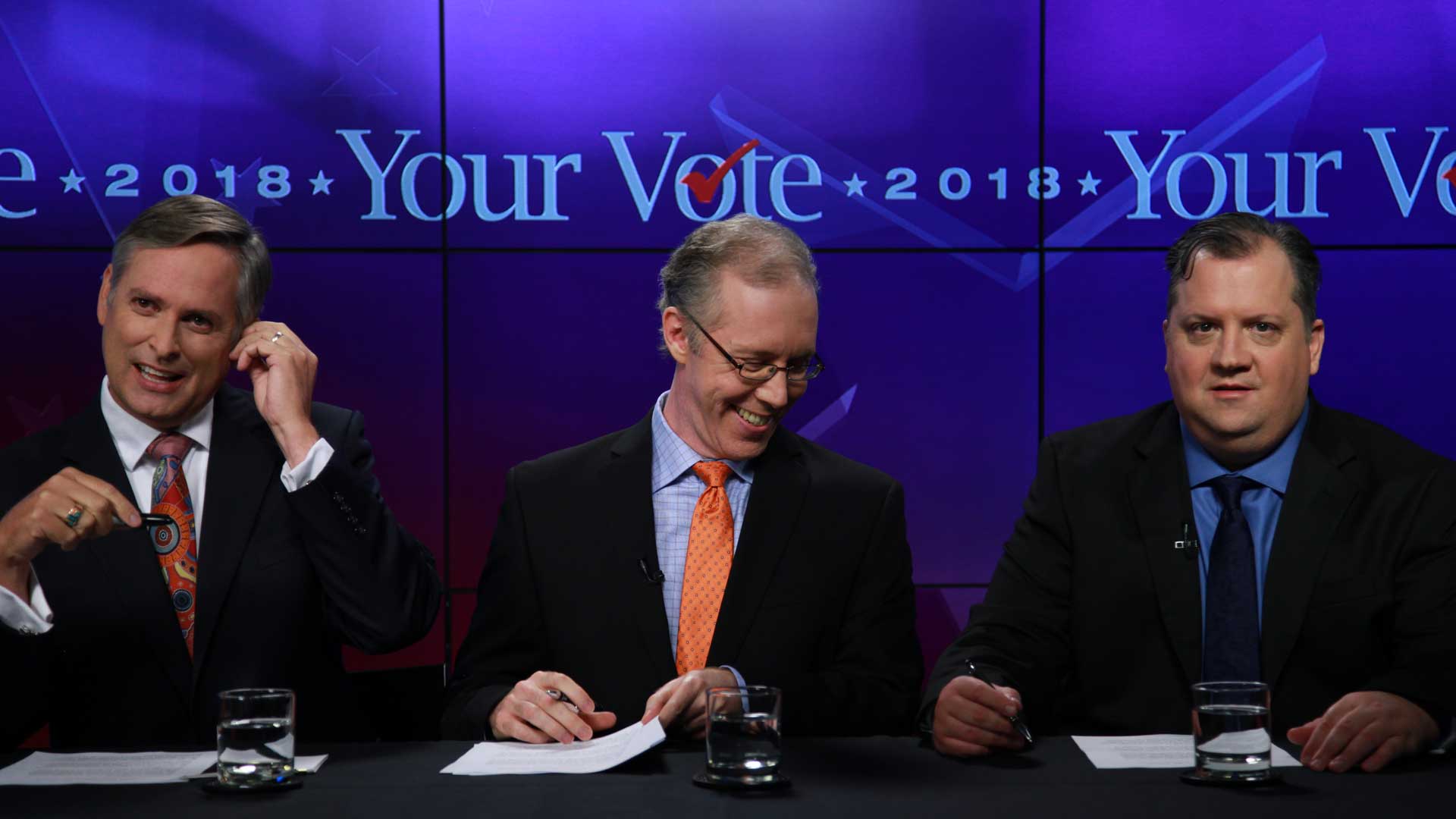 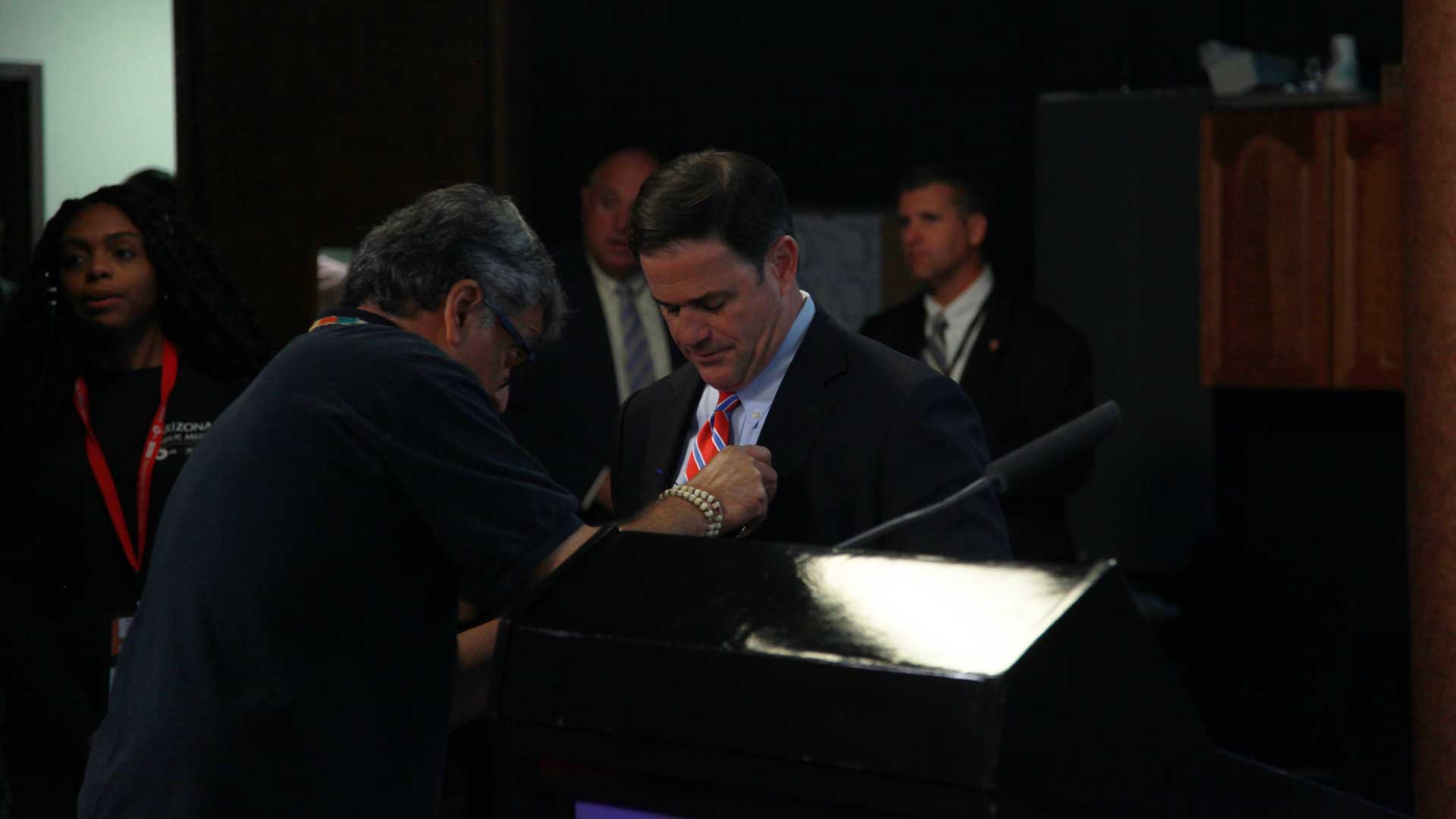 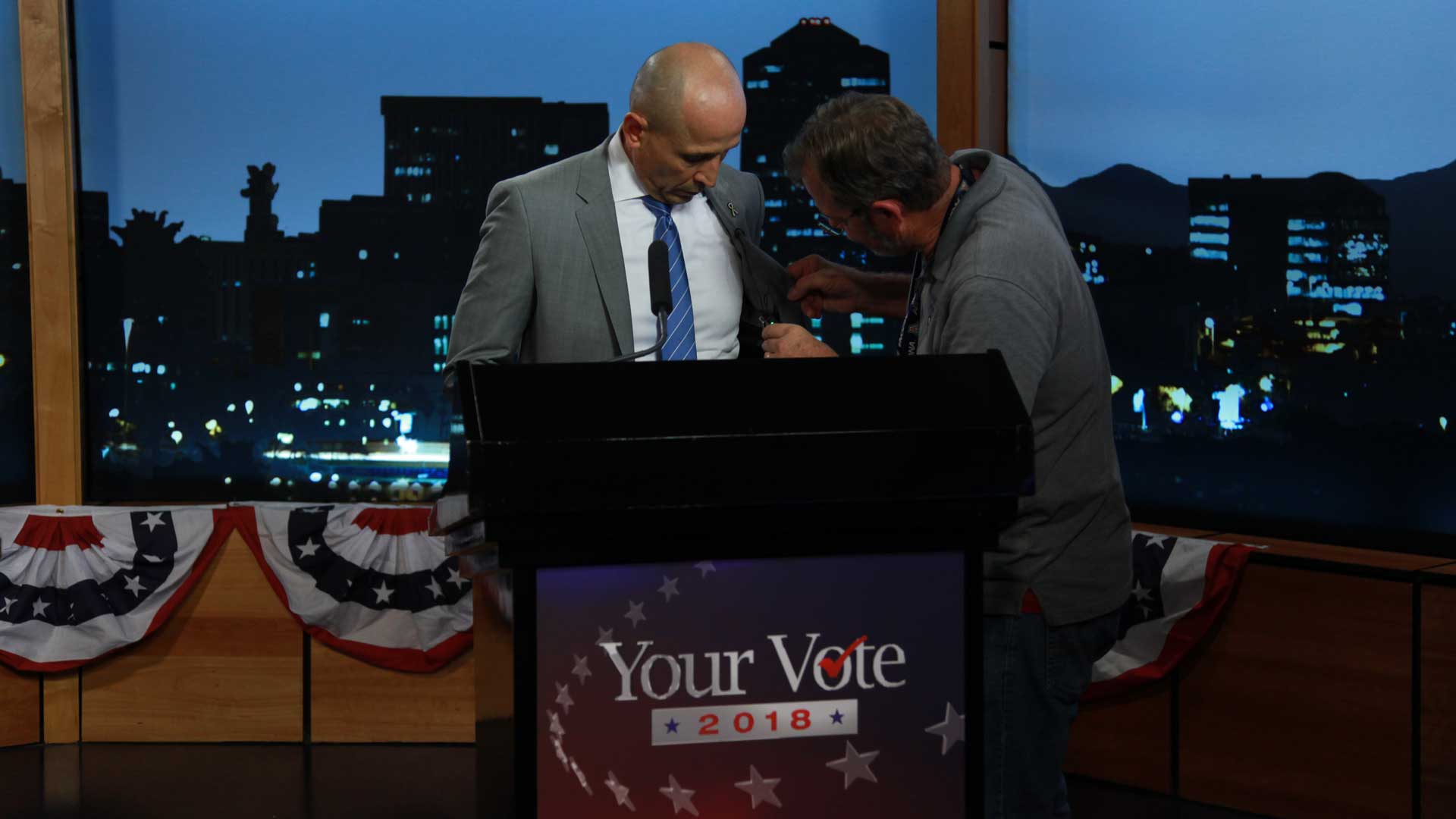 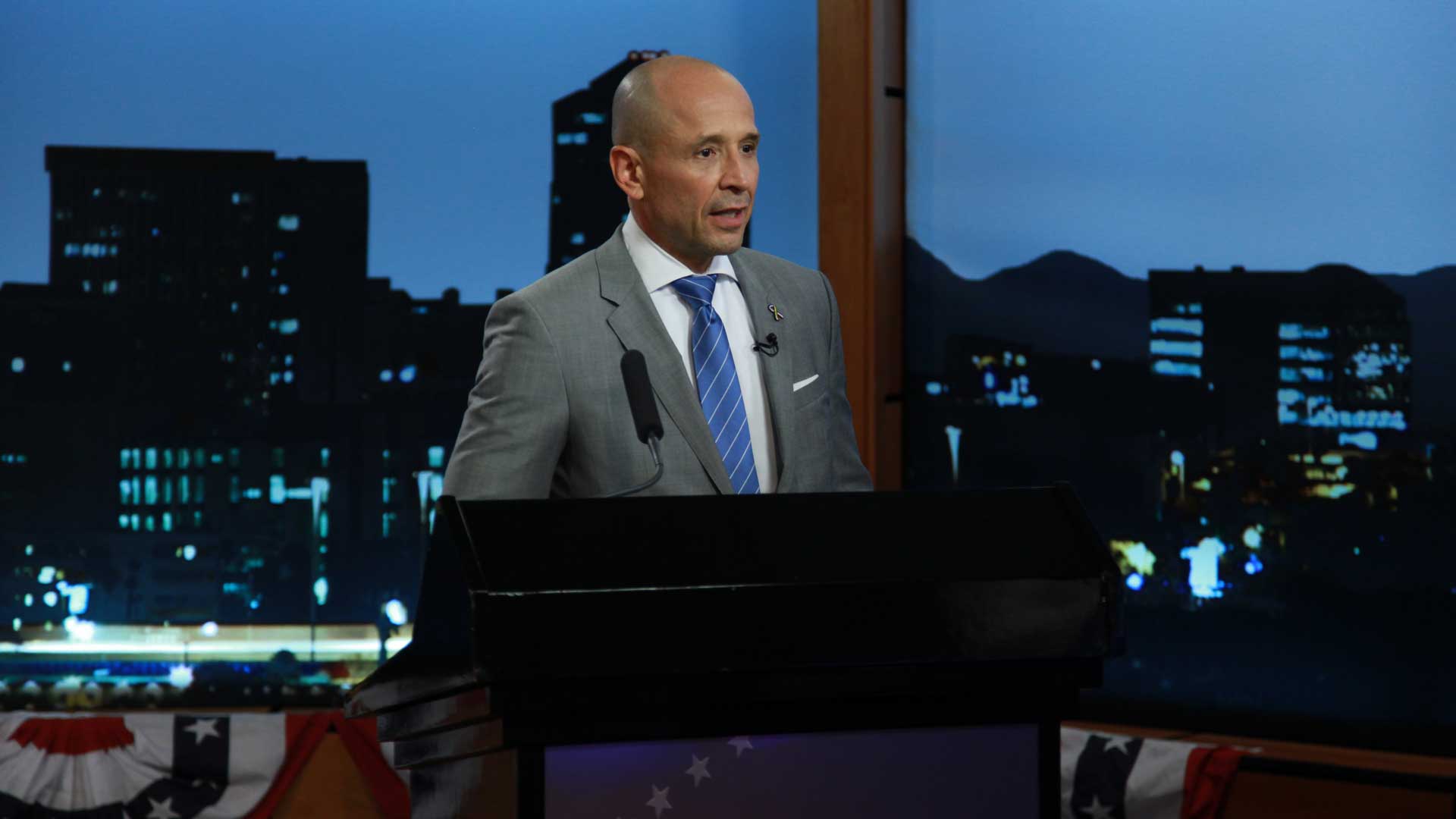 Mr. Garcia takes his place behind the podium. 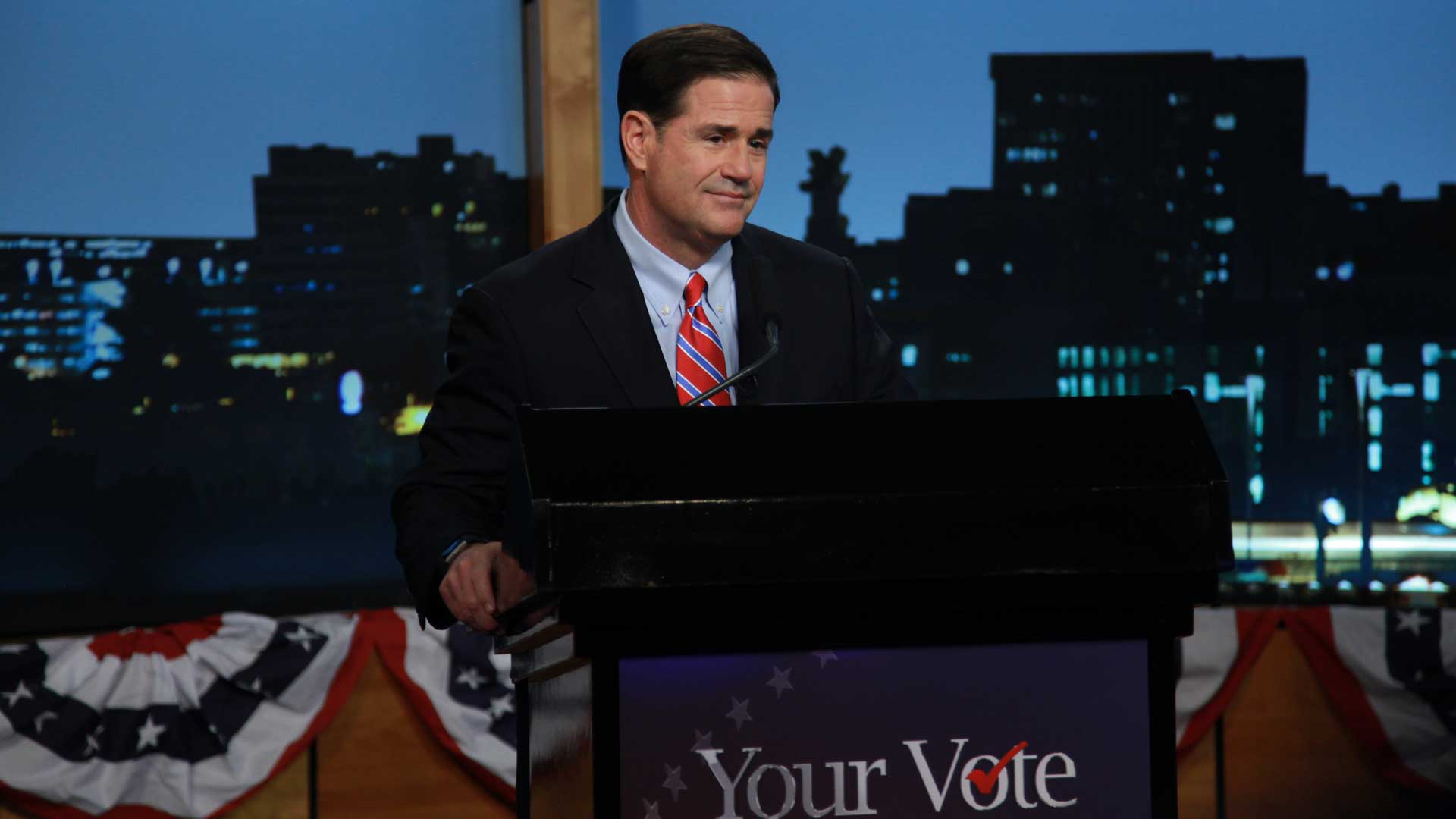 Mr. Ducey takes his place behind the podium. 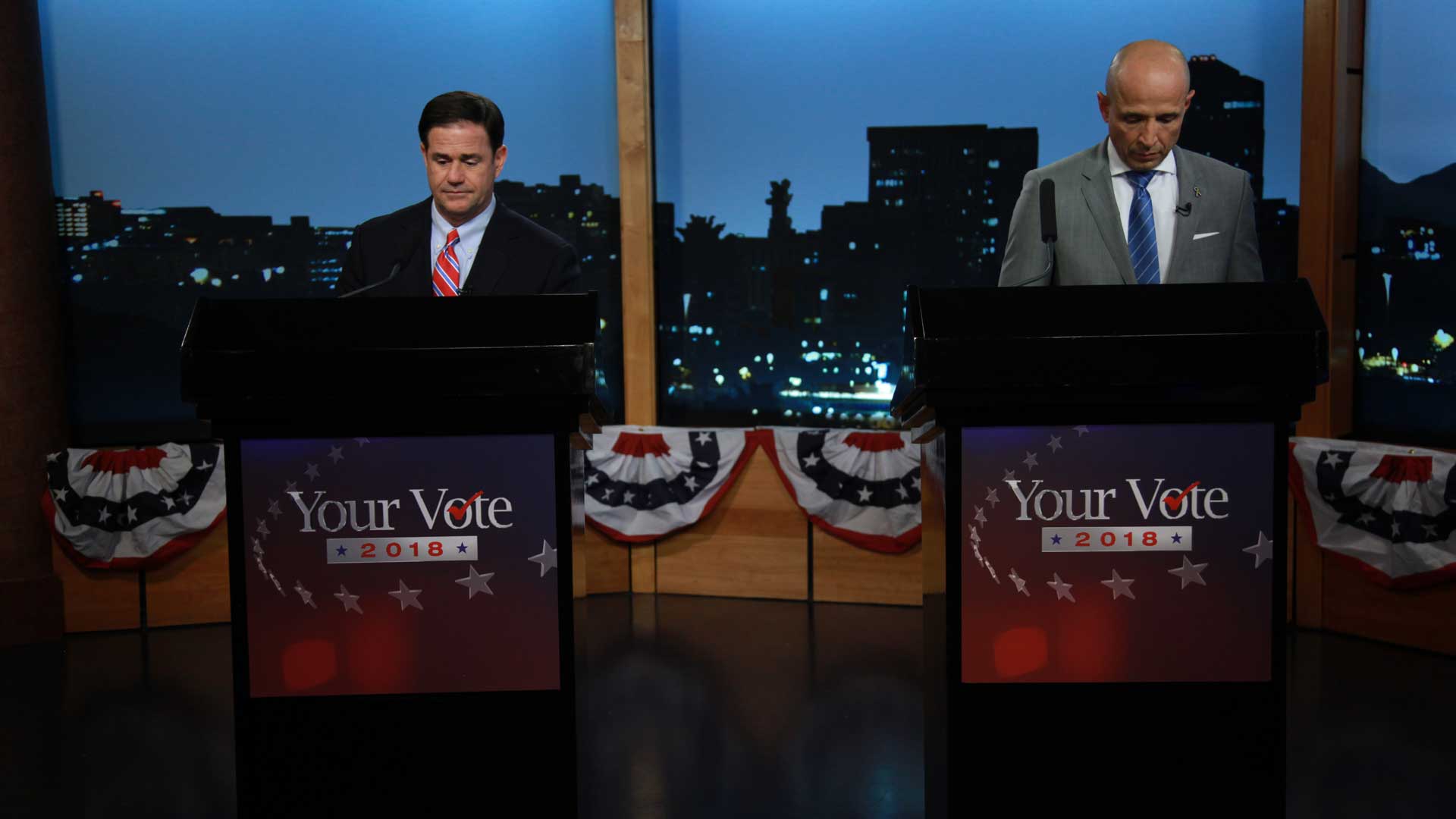 The candidates get set. 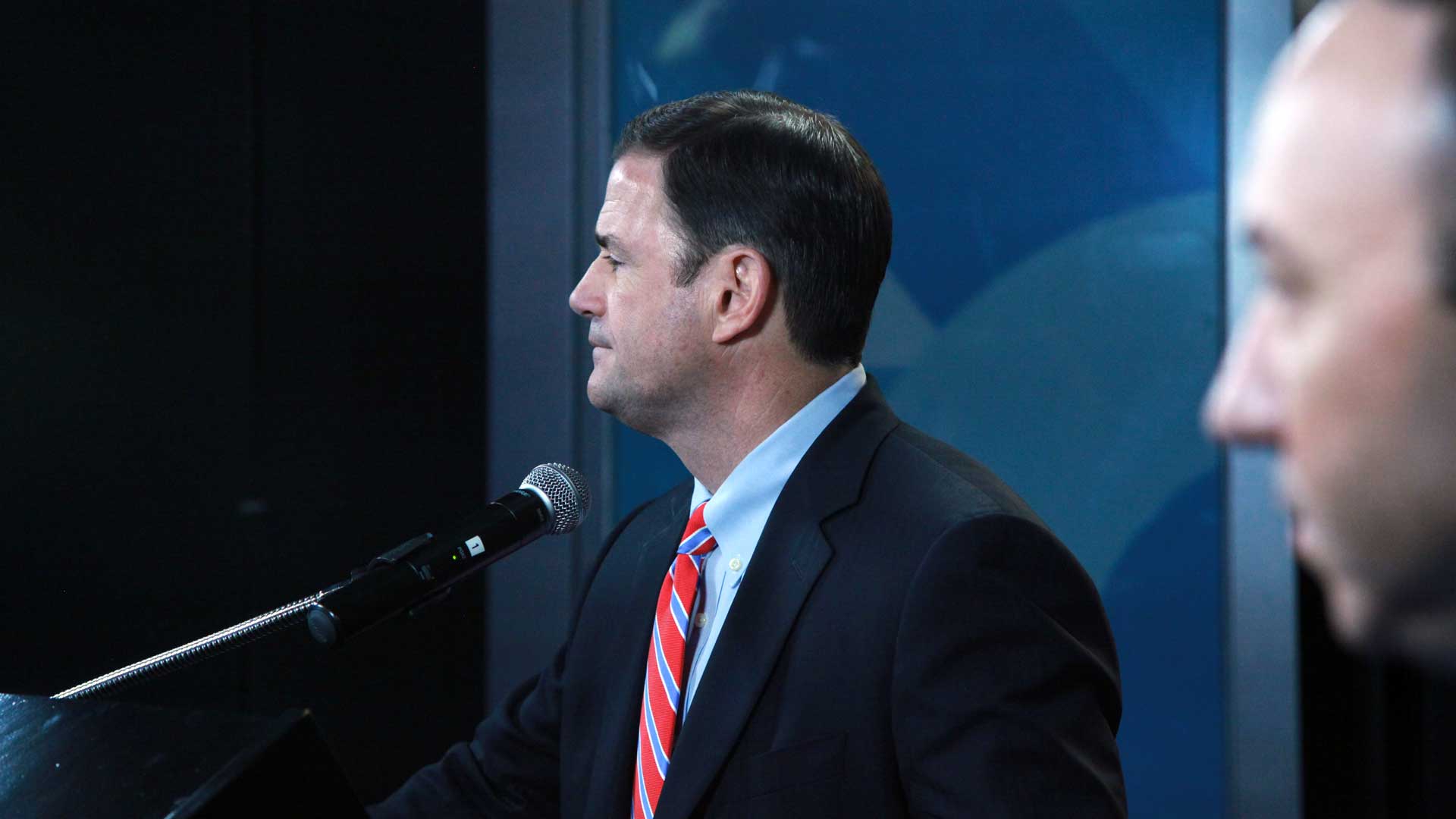 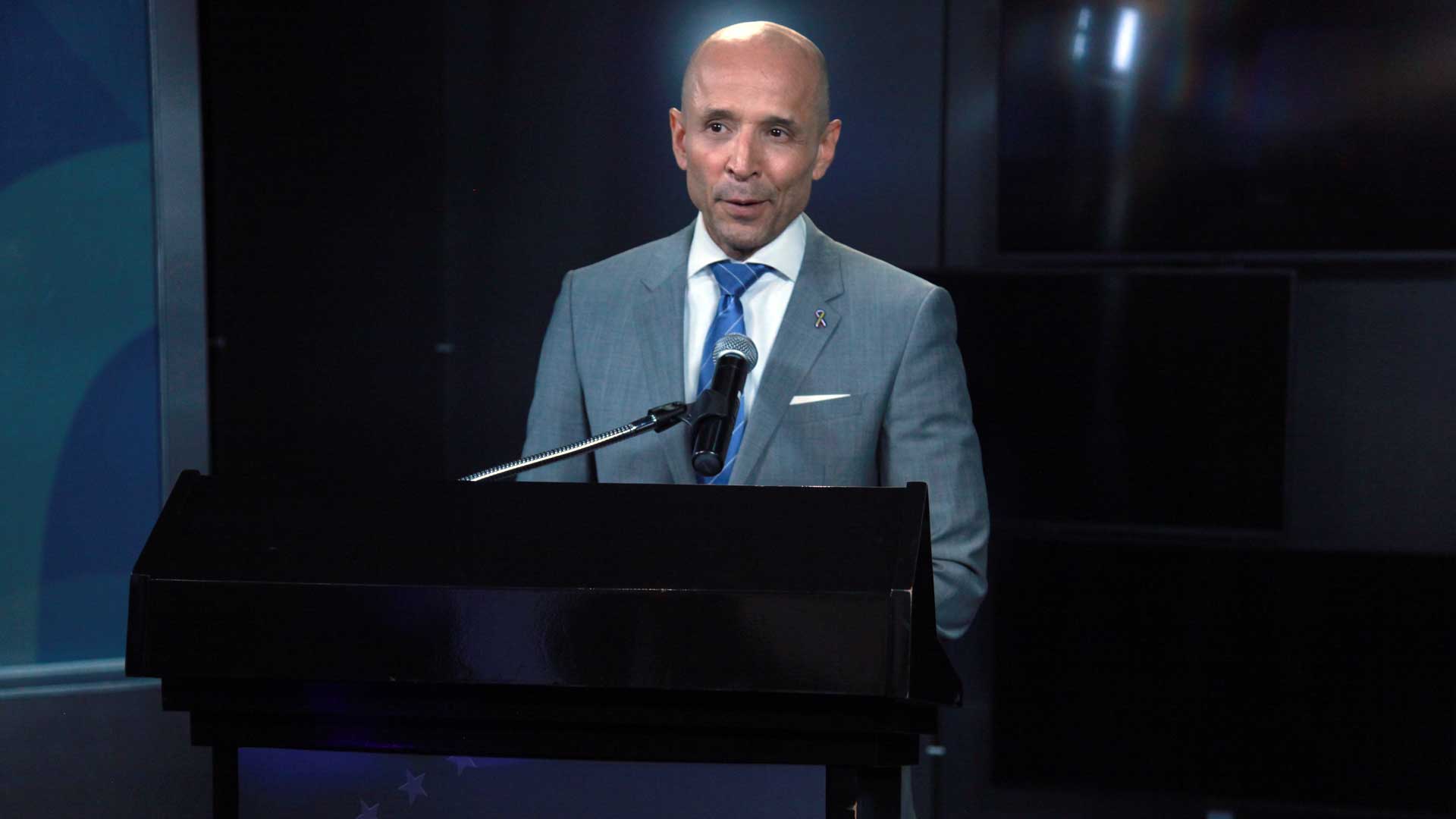 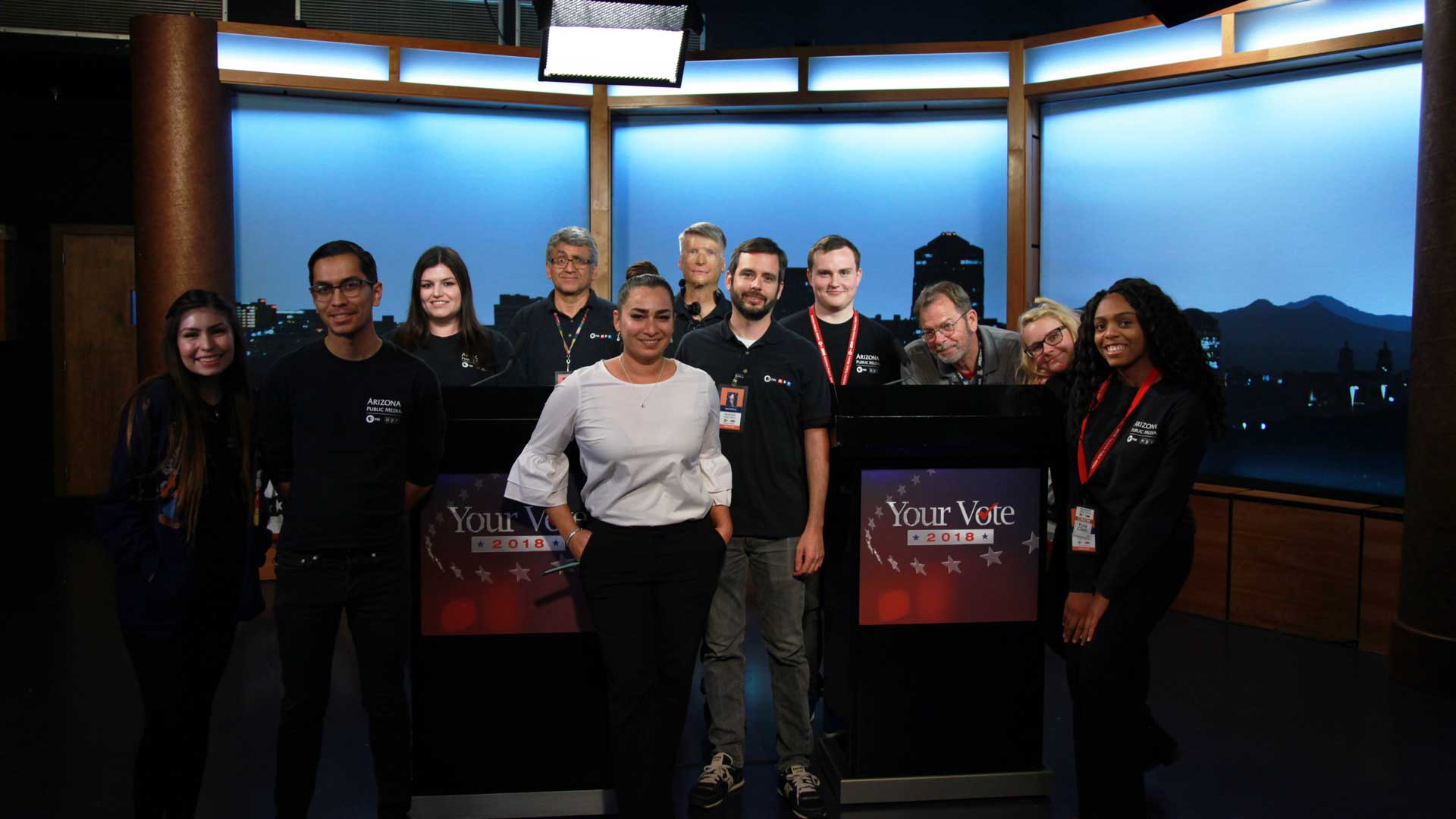 MORE: AZPM in the Community
By posting comments, you agree to our
AZPM encourages comments, but comments that contain profanity, unrelated information, threats, libel, defamatory statements, obscenities, pornography or that violate the law are not allowed. Comments that promote commercial products or services are not allowed. Comments in violation of this policy will be removed. Continued posting of comments that violate this policy will result in the commenter being banned from the site.