Federal wildlife officials say tests have confirmed that the animal seen on the North Rim of the Grand Canyon recently is a female gray wolf. 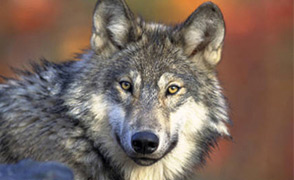 The wolf traveled 450 miles or more from its habitat in the northern Rocky Mountains, and it was identified from analysis of its droppings.

It was first seen in the North Rim earlier this month. The U.S. Fish and Wildlife then announced it was working on determining whether the animal was in fact a gray wolf or a hybrid.

A gray wolf hadn't been seen in Arizona for more than 70 years.

The animal is fully protected under the Endangered Species Act.

Gray Wolf Confirmed as Having Been Shot Near Canyon Stand off with Border Patrol, National Park Service ends in scuffle with Indigenous-led demonstrators News Roundup: Indigenous activists arrested at protest, Pima County residents can text 911
By posting comments, you agree to our
AZPM encourages comments, but comments that contain profanity, unrelated information, threats, libel, defamatory statements, obscenities, pornography or that violate the law are not allowed. Comments that promote commercial products or services are not allowed. Comments in violation of this policy will be removed. Continued posting of comments that violate this policy will result in the commenter being banned from the site.