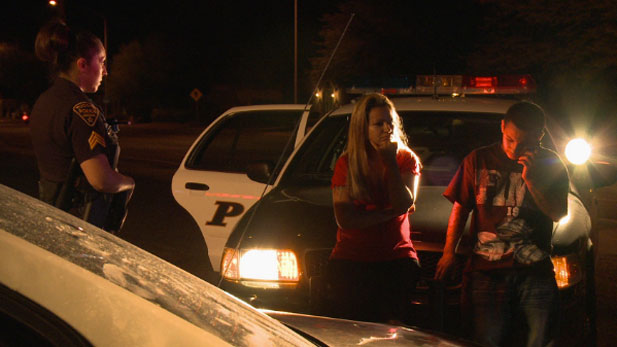 Tucson’s crime rate has been decreasing nearly every year since 2003. Still, on average, more than 100,000 crimes are committed in Tucson every year. To most quickly and appropriately deal with these crimes the Tucson Police Department has divided the city five geographical divisions: downtown, east, west, south, and midtown, where TPD Sergeant Maria Hawke is stationed.

The Tucson Police Department announced on September 30, 2010 that it was awarded a $12.3 million grant from the U.S. Justice Department to pay for the salaries of 50 officers. According to Police Chief Roberto Villaseñor this money will pay the salaries and benefits for three years, the department will pay for a fourth year. There are currently 976 sworn officers on the force.

Rogue Radio presents: Virginia Woolf's "The Mark on the Wall" Supreme Court rules against Trump administration bid to cancel DACA TPD forms board to review 'critical' incidents
By posting comments, you agree to our
AZPM encourages comments, but comments that contain profanity, unrelated information, threats, libel, defamatory statements, obscenities, pornography or that violate the law are not allowed. Comments that promote commercial products or services are not allowed. Comments in violation of this policy will be removed. Continued posting of comments that violate this policy will result in the commenter being banned from the site.