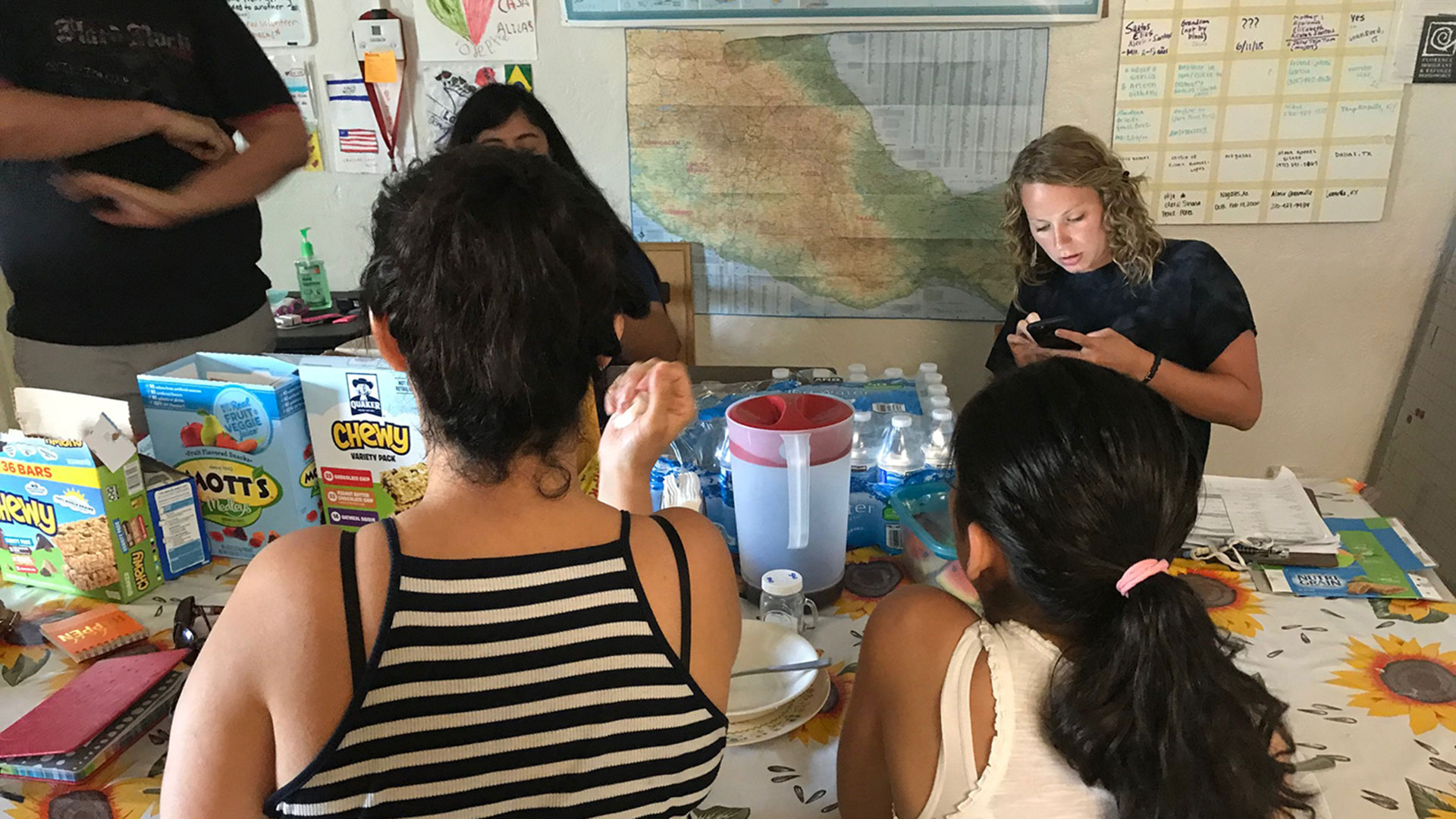 Central American families make up the majority of those seeking asylum at Arizona ports of entry, the Border Patrol reports. But more Eastern Europeans, and especially Russian families, are showing up at the border.

While there are no hard statistics for Arizona, nationally, over the past two years, asylum seekers from Russia have increased by almost 50 percent, or more than 3,000 applications.

In Tucson, the two halfway houses for asylum seekers say more Russian families are showing up. At one home, 12-year-old Daniella and her 33-year-old mother Medina, who asked that their last names not be used, said they arrived at the border in Nogales.

"We got here through Mexico," Medina said, using Google Translate. "We spent some time in Mexico City, then we followed the route Central Americans take to get to the U.S. border. We came in at Nogales."

The Migration Policy Institute reports that it is easier for Eastern European families to get to Mexico, then make their way to a U.S. port of entry, then apply for asylum. Medina's husband and 8-year-old son made the journey two weeks earlier.

Medina says her husband, a former police officer, was jailed and tortured for his opposition to the government. When he was released, the family escaped. She and her daughter will reunite with him and her young son in Los Angeles. If they lose their asylum case, they will have to find another country to accept them, she says.

Trial over treatment of migrants in Border Patrol custody begins US sending Mexican migrants 1,000 miles from border Binational team of female brewers to debut IPA in Tucson
By posting comments, you agree to our
AZPM encourages comments, but comments that contain profanity, unrelated information, threats, libel, defamatory statements, obscenities, pornography or that violate the law are not allowed. Comments that promote commercial products or services are not allowed. Comments in violation of this policy will be removed. Continued posting of comments that violate this policy will result in the commenter being banned from the site.