Endangered Condors to be Released in Northern Arizona

The captive-bred birds of prey will be released atop the dramatic Vermilion Cliffs in Northern Arizona. TWEET SHARE 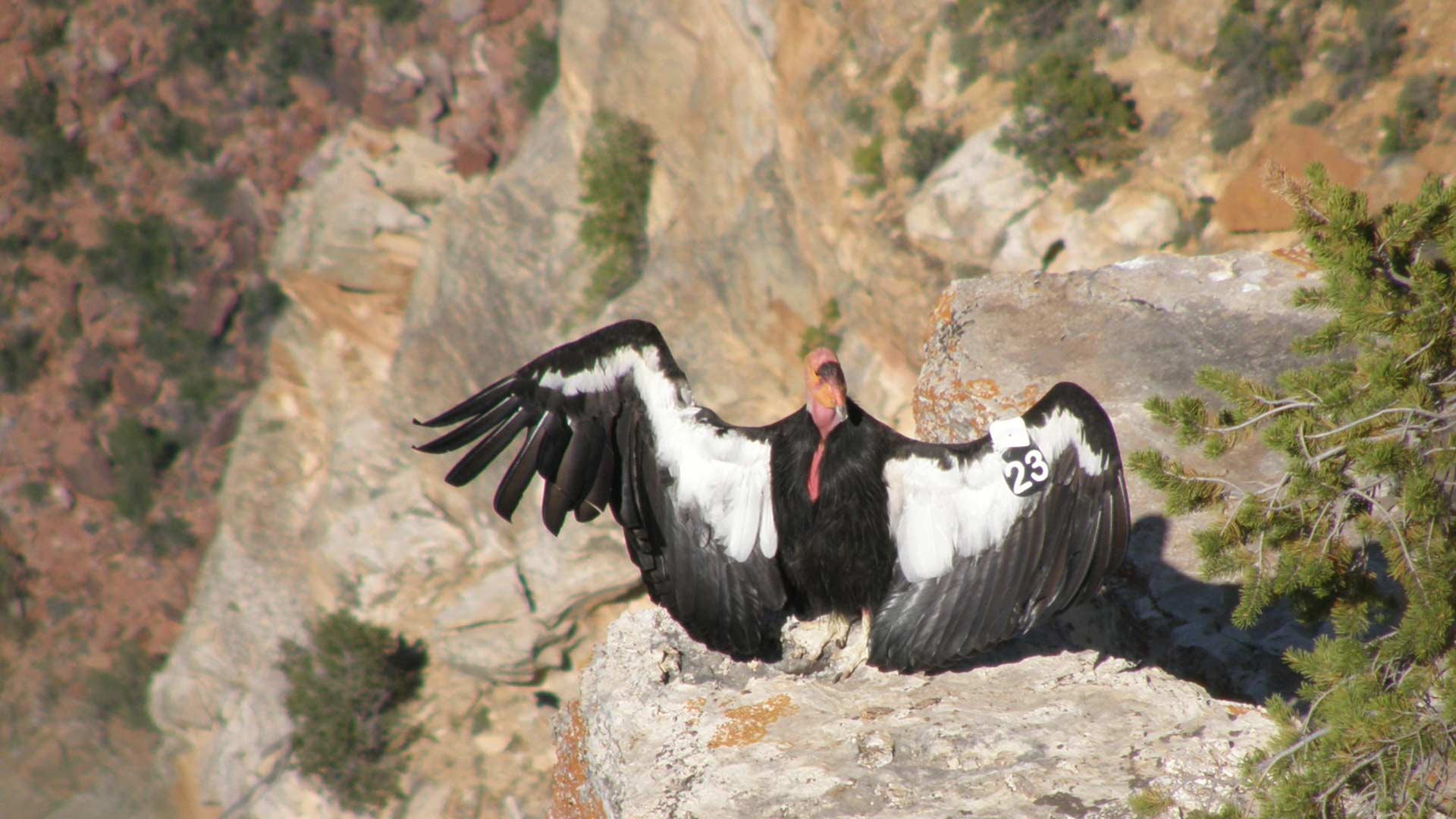 VERMILION CLIFFS — Arizona's Game and Fish Department is inviting the public to witness the release of endangered California Condors at Vermilion Cliffs National Monument next month.

The state agency says the release of several young captive-bred condors is planned for 11 a.m. on Sept. 22.

The Peregrine Fund will oversee the release atop the dramatic red cliffs in northern Arizona near the state's border with southern Utah.

The California Condor population dwindled to just 22 in the 1980s, when an effort was launched to save the species from extinction. As of July 25, there were nearly 500 California Condors in the wild, including about 85 in the rugged canyon country of northern Arizona and southern Utah.

Endangered condor may have hatched in Zion National Park Wildfire Added to List of Threats to Condor Population New letter asks Mexican officials to help stop border wall construction
By posting comments, you agree to our
AZPM encourages comments, but comments that contain profanity, unrelated information, threats, libel, defamatory statements, obscenities, pornography or that violate the law are not allowed. Comments that promote commercial products or services are not allowed. Comments in violation of this policy will be removed. Continued posting of comments that violate this policy will result in the commenter being banned from the site.