Mexico Lays Out Plans for $8B Oil Refinery

Andrés Manuel López Obrador promised during his campaign that he would bring down gas prices. by Jorge Valencia, Fronteras Desk TWEET SHARE 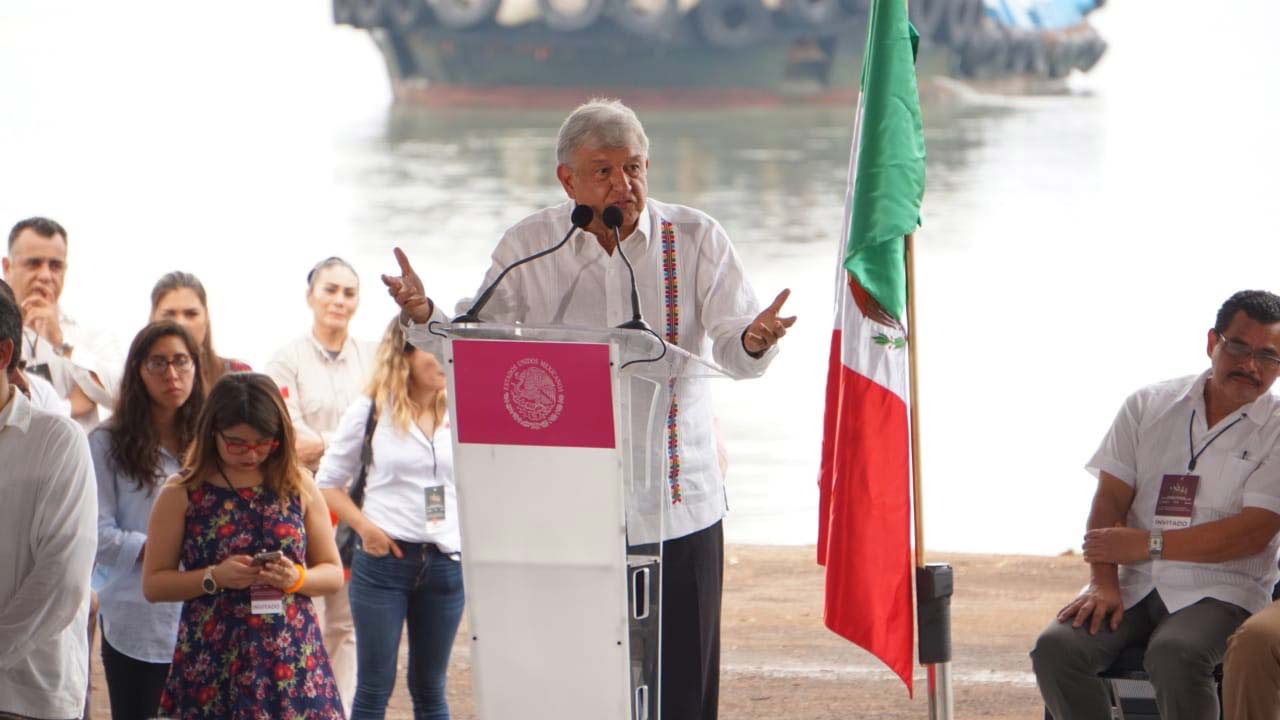 Mexican President Andrés Manuel López Obrador speaks in his home state of Tabasco about what he says is a plan to rescue the oil industry in Mexico, Dec. 9, 2018.
Office of the Presidency of Mexico

Mexico will award the construction of its seventh refinery as early as March 2019, as part of an attempt to lower the country’s dependence on imported fuel, President Andrés Manuel López Obrador said on Sunday.

The country will spend $8 billion building a refinery in López Obrador’s home state of Tabasco, along the gulf coast, he said.

López Obrador promised during his campaign that he would bring down gas prices, and he said he will accomplish that goal with the new refinery.

The investment will help Mexico refine more of its crude oil, and will likely pay dividends for decades, said Phil Flynn, an energy analyst with the Chicago-based Price Futures Group.

“It’s absurd to buy gasoline,” López Obrador said in a statement on Sunday. “It’s as if we sold oranges and bought orange juice.”

Vehicle crossings at Arizona-Mexico ports fall for second year Agave liquor Bacanora gains protected status in EU Commission head hopes to bring peace to families of missing people in Sonora
By posting comments, you agree to our
AZPM encourages comments, but comments that contain profanity, unrelated information, threats, libel, defamatory statements, obscenities, pornography or that violate the law are not allowed. Comments that promote commercial products or services are not allowed. Comments in violation of this policy will be removed. Continued posting of comments that violate this policy will result in the commenter being banned from the site.