Listen to an interview from orbit, as Captain Mark Kelly answers questions from on board the International Space Station. by Mark McLemore TWEET SHARE 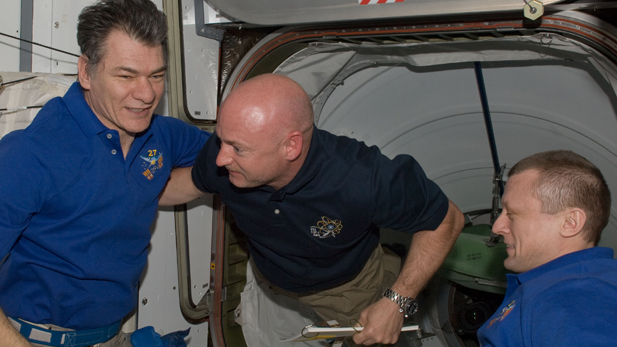 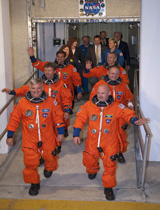 Captain Mark Kelly has had a tumultuous 2011, between coping with the tragedy of his wife's shooting and preparing for the challenges of leading a space shuttle mission that's currently still underway. It's hard for most of us to imagine the pressure that Mark Kelly's been under, but he's handled it all with the kind of courage and cool that America has come to expect from its astronauts.

Since Endeavour launched on May 16th, 2011, the eyes of the world have been following the progress of what is presumed to be its final mission. The shuttle is currently docked at the International Space Station, approximately 200 miles above us, where it orbits the Earth about 15 times every 24 hours. That's where Christopher Conover was able to talk with Captain Mark Kelly for this interview...

Christopher Conover's interview with Captain Kelly was recorded on the evening of Wednesday, May 25th, following a judge's ruling on Jarred Loughner's mental competency. Captain Kelly declined to make comment.

The Space Shuttle Endeavour and her crew are scheduled to return home at 11:32 pm (local time) on Tuesday, May 31st. Every aspect of STS-134 is covered in detail online by NASA. 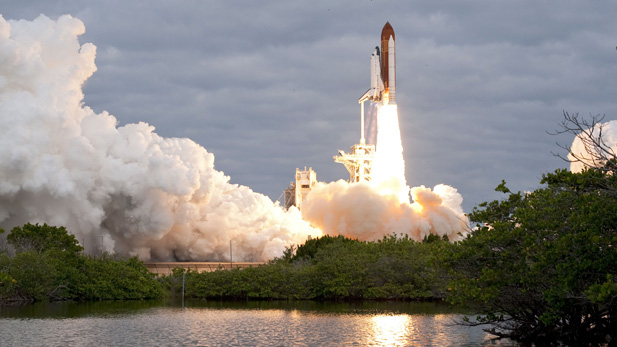 Space shuttle Endeavour and its six-member STS-134 crew head toward Earth orbit and rendezvous with the International Space Station. Liftoff was at 8:56 a.m. (EDT) on May 16, 2011, from Launch Pad 39A at NASA's Kennedy Space Center.
Courtesy of the NASA archives
MORE: Arizona, Arizona Spotlight, People and Places, Science

Mark Kelly's Mousetronaut Takes a Trip into Space What living in a world made from chemicals means for "The Sensitives". Rogue Radio presents Kate Chopin's “Désirée's Baby”
By posting comments, you agree to our
AZPM encourages comments, but comments that contain profanity, unrelated information, threats, libel, defamatory statements, obscenities, pornography or that violate the law are not allowed. Comments that promote commercial products or services are not allowed. Comments in violation of this policy will be removed. Continued posting of comments that violate this policy will result in the commenter being banned from the site.