It comes weeks from a deadline from the White House over funding for a border wall. by Michel Marizco, Fronteras Desk TWEET SHARE 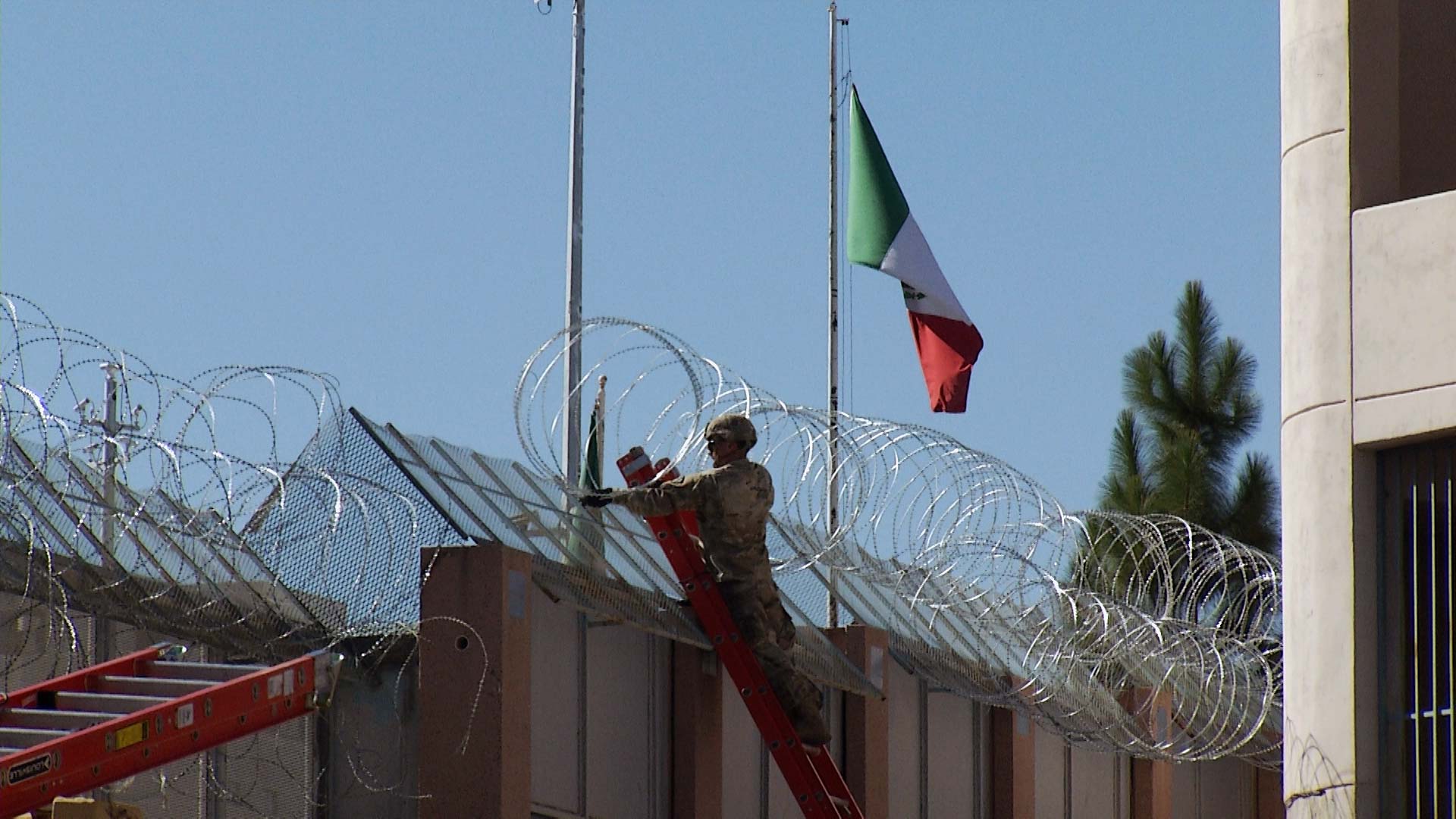 The Pentagon announced Tuesday that it is deploying thousands more soldiers to the U.S.-Mexico border.

Officials told the House Armed Services Committee that the Pentagon had identified three new caravans of migrants traveling north through Latin America to the U.S. border. That includes one caravan of 12,000 people. And that’s driving this latest troop deployment.

Committee chair Democratic lawmaker Adam Smith not only expressed doubt about this mission, but also the past two deployments. "When are we going to be to the point where you can say we don’t need active duty troops," he asked Under Secretary of Defense for Policy John Rood.

"We look across the total force, active reserve and national guard to determine what is the right mix and appropriateness of the force to respond and that is where the decision is made in terms of the timeliness," Rood said.

Smith interrupted, "Got it, so you don’t really know."

The new mission joins about 4,500 National Guard and active duty troops already deployed, and this domestic deployment is supposed to be funded through Sept. 30, the end of the fiscal year.

It comes just weeks ahead of a deadline President Donald Trump gave Congress to come up with funding for 234 miles of border wall, risk a new government shutdown or face an executive action taken on the border to skirt Congress altogether.

Border officials: No cultural sites where border explosions are taking place Federal judge throws out No More Deaths convictions Homeland Security waives contracting laws for border wall
By posting comments, you agree to our
AZPM encourages comments, but comments that contain profanity, unrelated information, threats, libel, defamatory statements, obscenities, pornography or that violate the law are not allowed. Comments that promote commercial products or services are not allowed. Comments in violation of this policy will be removed. Continued posting of comments that violate this policy will result in the commenter being banned from the site.