In Mexico, exporters already adjusting to threats of US tariffs

Trump’s threats have changed the political agenda the country, where at least 85% of exports go to the U.S. by Jorge Valencia, Fronteras Desk TWEET SHARE 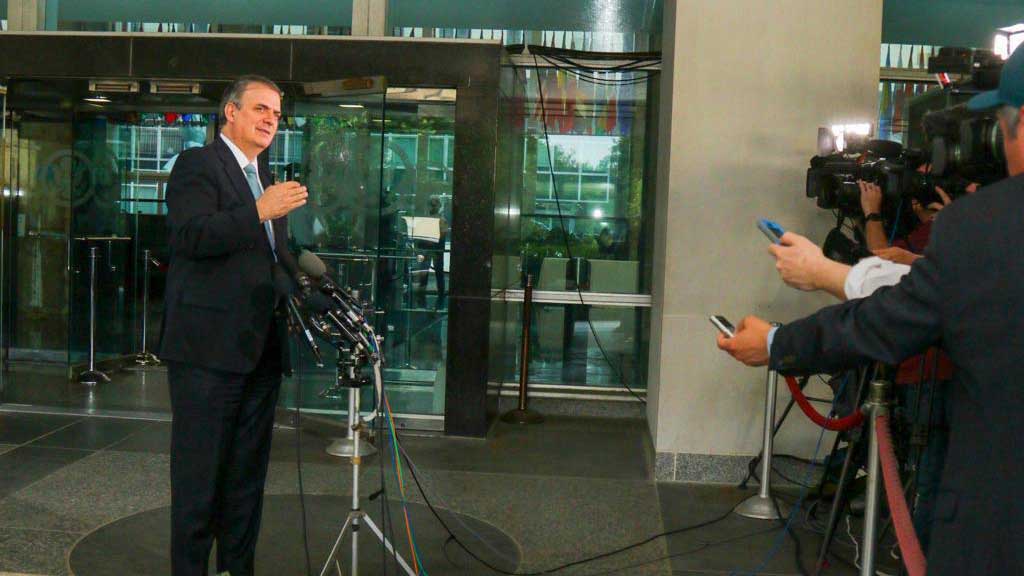 MEXICO CITY — Gary McKay, an entrepreneur from Australia, had run factories in China for 15 years before he moved to Latin America and eventually settled in the central Mexican city of Puebla.

McKay, whose company Rok Straps makes straps for use with bags, pets and firearms, chose Puebla for reasons including its proximity to the U.S. — their biggest market — and the availability of skilled and relatively cheap labor. Puebla is home to the largest Volkswagen factory in the Americas, a magnet for highly skilled workers.

Now McKay, like virtually all exporters in Mexico, is holding his breath as President Donald Trump has threatened to implement tariffs on Mexican imports as early as Monday. Rok Straps distributes to more than 25 countries, but its biggest market is the U.S., McKay said.

The company did more than $500,000 in sales in its first year in operation, through importers in Arizona, New York and Washington. Those importers would shoulder a 5% tariff on imports beginning Monday, increasing 5% per month until reaching 25 percent, Trump has said. Trump is demanding the Mexican government stop more undocumented migrants before they reach the U.S.

The tariffs would likely drive down sales and stunt the growth of the company, McKay said. But in the immediate, it already makes it hard to plan, McKay said.

"Starting up a factory in Mexico is very difficult. It's a lot of time, a lot of money, a lot of lawyers," McKay said. "Now we've got this thing hitting us. It just makes you pretty sick and tired."

For the Mexican economy, this is a big deal, said Arlene Ramirez Uresti, an international relations analyst in Mexico City. Trump’s threats have changed the country's political agenda. At least 85% of the country’s exports go to the U.S.

"Today, public opinion is focusing totally in migration and trade, when a week ago, we were focusing on health, educational reforms," Ramirez said.

Faced with Trump’s threat, Mexican officials said in a statement late Thursday they would deploy up to 6,000 national guard troops to the southern border region next to Guatemala. Trump has said he would slap the tariffs if Mexico doesn’t dramatically reduce the number of people from Central America and elsewhere reaching the U.S. on foot.

Until now, Mexican President Andres Manuel Lopez Obrador has dodged saying much about the negotiations, but expressed optimism in a press conference in Mexico City on Thursday morning.

“We want to have a friendship with the people and government of the United States," Lopez Obrador said. "I hope we will reach an agreement."

What did companies learn from tariff threat on Mexican trade? Vehicle crossings at Arizona-Mexico ports fall for second year Mexico says fewer migrants are reaching the US border
By posting comments, you agree to our
AZPM encourages comments, but comments that contain profanity, unrelated information, threats, libel, defamatory statements, obscenities, pornography or that violate the law are not allowed. Comments that promote commercial products or services are not allowed. Comments in violation of this policy will be removed. Continued posting of comments that violate this policy will result in the commenter being banned from the site.