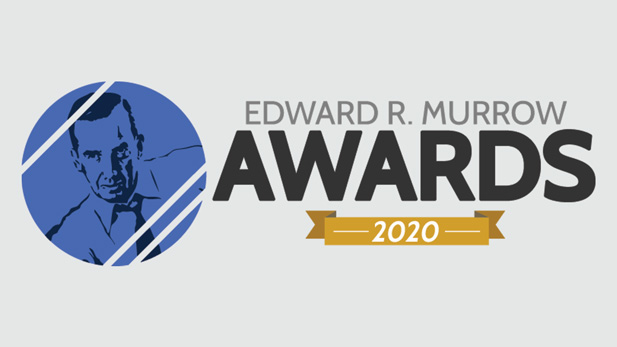 Regional Murrow Awards are presented to small and large radio, television, and digital outlets based on 14 geographic regions. AZPM received multiple awards in Region 3, which includes all TV and radio stations in Wyoming, Arizona, Colorado, and New Mexico.

Award recipients demonstrate the spirit of excellence that Murrow set as a standard for the broadcast and digital journalism profession.

"The Murrow Awards are the embodiment of the values, principles and standards set forth by Edward R. Murrow," said Jack Gibson, AZPM CEO. "To have our body of work recognized is an honor. These awards reinforce our journalistic mission that AZPM's reporting puts public interest first and provides a catalyst for public discussion."

The Edward R. Murrow Awards are presented to news organizations based on the specific body of work submitted. AZPM received Regional Murrow Awards in the following categories:

The bodies of nearly 3,000 undocumented people have been found in the border region of Southern Arizona since the beginning of the century. Bruce Anderson and his small team of forensics anthropologists at the Pima County Office of the Medical Examiner have been working to identify the dead.

About RTDNA:
RTDNA is the world's largest professional organization devoted exclusively to broadcast and digital journalism. Founded as a grassroots organization in 1946, RTDNA works to protect the rights of journalists throughout the country, promotes ethical standards in the industry, provides members with training and education and honors outstanding work in the profession through the Edward R. Murrow Awards.

Veteran Fundraising Professional Joins Arizona Public Media as Chief Development Officer Letter from the CEO Letter from the CEO
By posting comments, you agree to our
AZPM encourages comments, but comments that contain profanity, unrelated information, threats, libel, defamatory statements, obscenities, pornography or that violate the law are not allowed. Comments that promote commercial products or services are not allowed. Comments in violation of this policy will be removed. Continued posting of comments that violate this policy will result in the commenter being banned from the site.