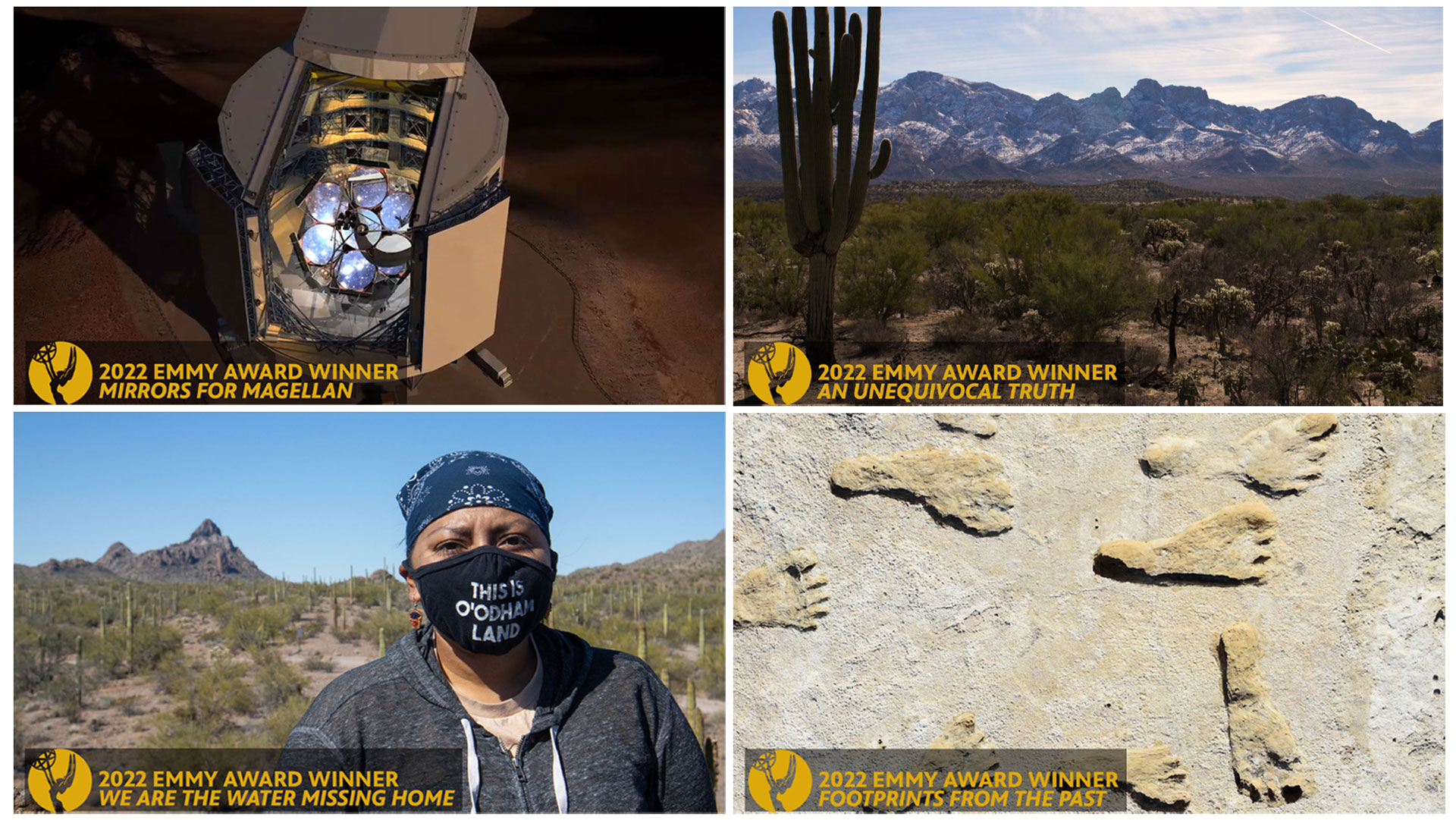 Arizona Public Media staff received 10 individual regional Emmy​​® Awards for four projects across four categories, more than any other station in Tucson and any other public broadcaster in Arizona. The awards were announced at The Rocky Mountain Southwest Chapter of the National Academy of Television Arts and Sciences (NATAS) gala in Phoenix on Saturday.

“I am honored to work with the talented producers, videographers, and editors whose passion and commitment are evident in every story they tell,” said Jack Gibson, AZPM Chief Executive Officer. “But the greater honor is knowing their work gives voice to the people of Southern Arizona. My heartfelt thanks to the winners and nominees for maintaining the excellence that is Arizona Public Media’s hallmark.”

AZPM staff earned 39 individual nominations for 16 projects across 12 categories, more than any other public media broadcaster in the region. Notable this year was a program nomination for Arizona Illustrated, AZPM’s long-running newsmagazine, which airs Sundays at 6:30 p.m. on PBS 6.

For a complete list of nominees in the Rocky Mountain Southwest Chapter, which includes Arizona, New Mexico, Utah, Wyoming, and El Centro, California go to rockymountainemmy.org.

Arizona Public Media receives 39 individual Rocky Mountain Emmy® Award Nominations December Highlights and Happenings
By posting comments, you agree to our
AZPM encourages comments, but comments that contain profanity, unrelated information, threats, libel, defamatory statements, obscenities, pornography or that violate the law are not allowed. Comments that promote commercial products or services are not allowed. Comments in violation of this policy will be removed. Continued posting of comments that violate this policy will result in the commenter being banned from the site.