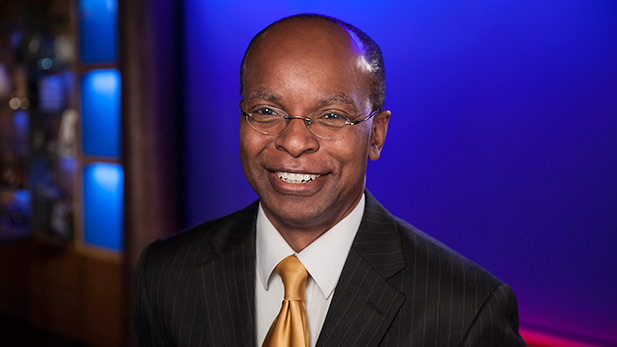 Tony joined Arizona Public Media in September 2014, continuing a career in broadcast journalism that's spanned more than 30 years and 2 continents. His took his first job as a student broadcast technician at Indiana University Television, and found his first on-air work as a local radio news reporter upon graduation from Indiana in 1980.

Tony's time behind the mic included stops in Rockford, Illinois and Milwaukee, Wisconsin. He covered the Jeffery Dahmer serial killer trial for ABC Radio News in the 1990s. Tony also worked as a television news reporter in Knoxville, Tennessee and Indianapolis, Indiana for more than 13 years.

A continuing interest in sports reporting and teaching college journalists led Tony to a position as TV news director and adjunct instructor at the Indiana University School of Journalism in 2007. Then, his path through broadcasting took him overseas as an anchor-producer for China Central Television's English-language coverage of the 2008 Beijing Summer Olympics. Tony lived and worked in China for 4 years before returning to the United States.

Tony estimates he has covered hundreds of court cases as a daily legal journalist, and reported on the same number of athletic events as a sports reporter. He's chronicled events in cities as disparate as Shanghai and Chicago, and counts the Windy City as his home town.