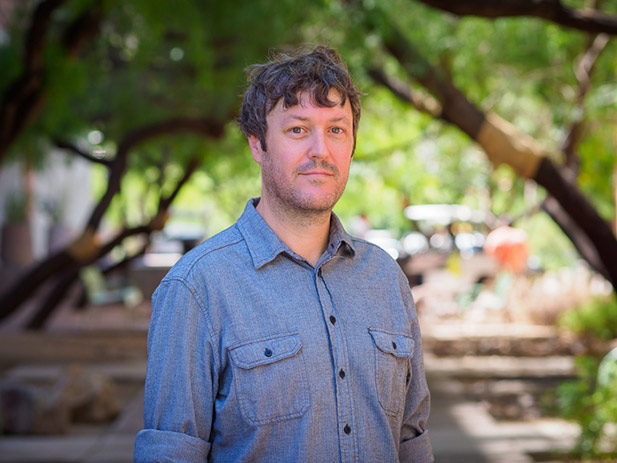 Bryan Nelson is a producer for Arizona Illustrated. His stories focus on advances and discoveries in science, technology, medicine, and more in Southern Arizona.

For more than a decade, Bryan has worked as a freelance journalist, writer, and recently as a filmmaker for various online magazines and entities including Mother Nature Network, Hakai Magazine, NWDocumentary, National Optical Astronomy Observatory (NOAO), Intercultural Center for the Study of Deserts and Oceans (CEDO), and Kitt Peak National Observatory. He has experience in education outreach with The Fund for Public Interest and more recently Biosphere 2.

Bryan earned his M.A. in Philosophy (Certificate: Cognitive Science) from the University of Houston and a B.A. in Philosophy and in Anthropology from S.U.N.Y. at Oswego in Oswego, New York.