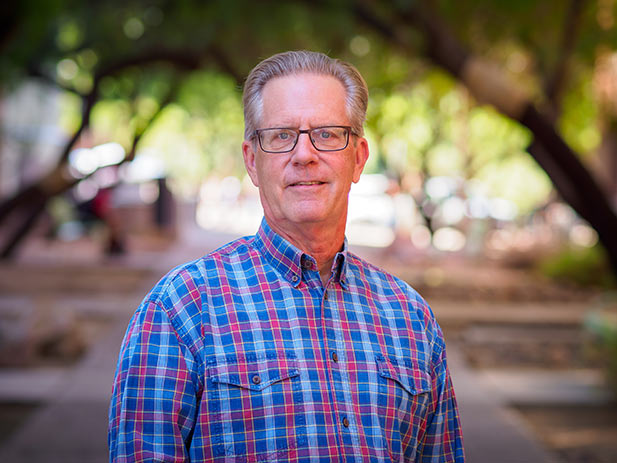 Dan Kruse has worked at AZPM since 2010, serving as local host for NPR’s All Things Considered from 2010-2016, and as a frequent fill-in announcer since then.

Dan was introduced to radio broadcasting while earning a degree in Radio, TV, and Film at the University of Missouri in the early 1970s and working at the University’s NPR affiliate, KBIA-FM. He also worked in commercial radio for several years, followed by a 20-year career in Corporate and Institutional Communications. Upon moving to Tucson in the late 90s, Dan embarked on a musical career, earning two degrees in ethnomusicology from the University of Arizona’s Fred Fox School of Music and maintaining a connection with the Fred Fox School of Music since then. Today, he pursues music-related research projects and has produced a variety of documentary works on musical topics -- for AZPM, independently, and in collaboration with Fred Fox School of Music and other colleagues. He is a popular lecturer on musical topics in the Tucson area. He also is a founding member of Stone Curves, one of Tucson’s three cohousing communities.