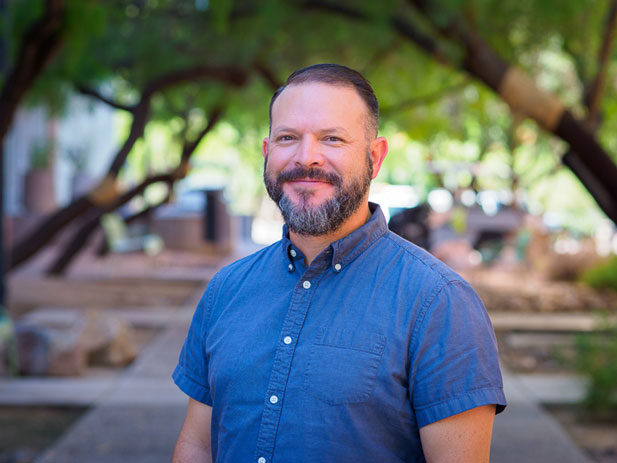 John is a proud native Tucsonan who loves the Wildcats and the Sonoran Desert. He began his career as a news cameraman for Univision Arizona and Telemundo Arizona. At both stations, he covered daily news, serving the Spanish-speaking community of Tucson. He then transitioned from commercial news to becoming a Bilingual Multimedia Producer for Tucson Unified School District before moving to Arizona Public Media as a Senior Videographer. John also served as Interim Production Manager for several months. John is an award-winning videographer and producer, having won six Rocky Mountain Emmy Awards and an Edward R. Murrow Award.

John and his wife Angela have three daughters, one attending the University of Arizona. They love hiking, UA sports, Formula 1, and family dinners with friends.