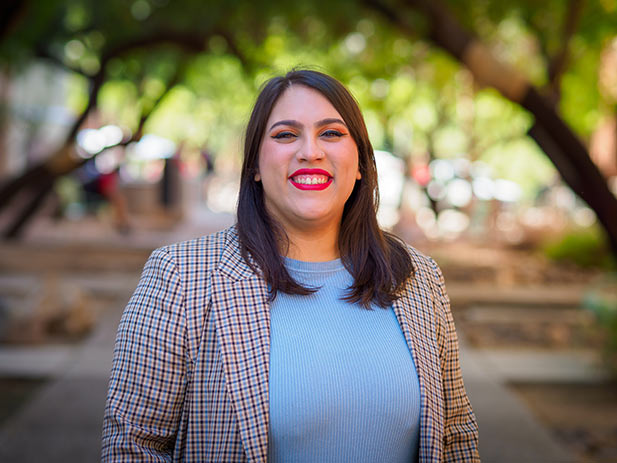 Paola Rodriguez (she/her/ella) has joined Arizona Public Media as a general assignment reporter. She is a recent graduate from the Missouri School of Journalism, where she studied convergence journalism with an emphasis in multimedia production. She has previously reported for NBC affiliate KOMU 8 News, the Columbia Missourian and St. Louis Public Radio. During her time in St. Louis, she won a national PMJA award for a feature story about a debt relief program meant to rectify decades of systemic discrimination against Black farmers.

When she isn’t reporting, she is either following her favorite sports teams, the St. Louis Cardinals and Blues, or she is learning a new recipe to cook.