Senator says he can "see the value" in limiting eligibility for some programs as lawmakers argue for income limits in Biden administration's Build Back Better plan. by Andrew Oxford Tweet 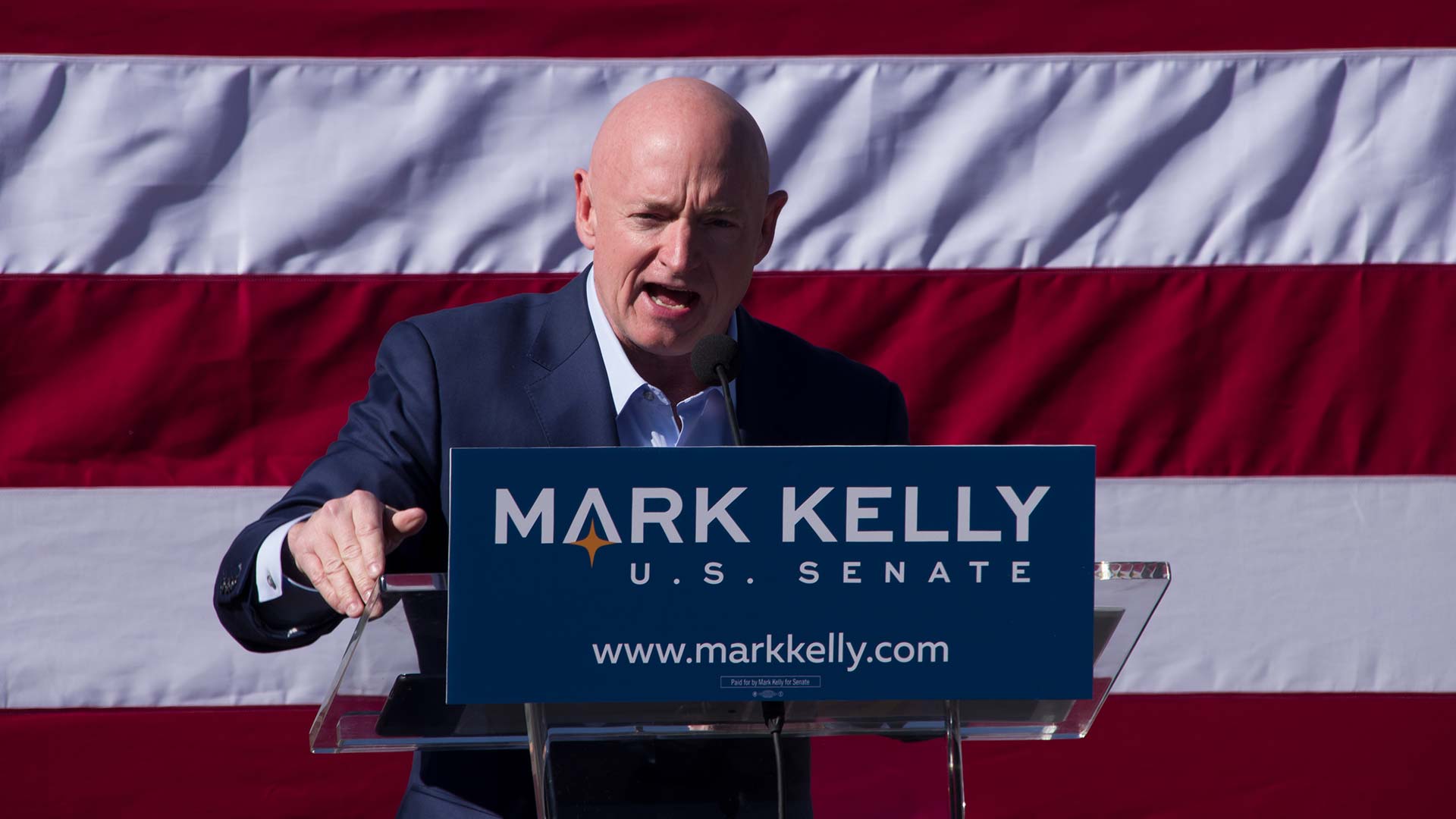 As lawmakers negotiate over the size of President Joe Biden's Build Back Better agenda, Sen. Mark Kelly signaled Wednesday that he is open to limiting eligibility for some of its programs based on income.

"Generally, I see the value to the taxpayer in means testing certain things, certain elements of any proposal," he told reporters during an event at Tucson Medical Center.

Kelly noted the plan is still in negotiations and he did not single out any particular program or policy for means testing.

"I'll have to look at the details of any proposal but generally, I see the value in doing that. I want to be the best steward I possibly can for the taxpayer dollar," he added.

The plan includes a range of social and educational programs, from free community college to child care.

But congressional Democrats are aiming to whittle down the size of the legislation, which amounts to $3.5 trillion over 10 years.

Sen. Joe Manchin, D-West Virginia, has argued for means testing as part of some proposed social programs, contending the programs should be aimed at those with financial needs.

Other Democrats, such as Massachusetts Sen. Elizabeth Warren, have argued against the idea, and critics maintain that the policies would be more effective with fewer barriers to eligibility.

Education secretary promotes free community college plan in Tucson Sinema says she still opposes $3.5 trillion budget blueprint Sinema part of infrastructure deal
By posting comments, you agree to our
AZPM encourages comments, but comments that contain profanity, unrelated information, threats, libel, defamatory statements, obscenities, pornography or that violate the law are not allowed. Comments that promote commercial products or services are not allowed. Comments in violation of this policy will be removed. Continued posting of comments that violate this policy will result in the commenter being banned from the site.